Skip to content
I remember the day my ex-husband Javier, who is an LA County Deputy Sheriff, had me arrested for domestic violence almost five years ago. I was taken to Robert Presley Detention Center in Riverside, CA. (I love saying that I was an “inmate” at the County jail because it sounds so “badass”, plus it pisses Javier off of course, since no criminal charges were ever filed against me! Lol!) 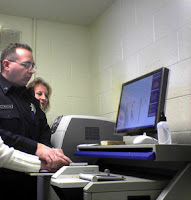 As I was being booked into jail, the female officer who was processing my fingerprints asked me, “So, what did you do?” I replied, “Nothing!” She then said, “No, really? What did you do?” I said, “I already told you, nothing!” She wasn’t pleased with my answer; so, she asked me again, “OK! Why are you here, then?” … Gosh! I wanted to tell her that I heard the food at the county jail was really good and I decided to sample it myself. But, I didn’t think it was the appropriate time to crack one of my jokes, so I said to her, “I’m married to a Deputy Sheriff from Los Angeles County. We are currently going through a divorce and he’s claiming that ‘I beat the shit out of him’. I’m here due to ‘Domestic Violence’”.

The officer said, “YOU?!?!?!”… She looked at me in such shock that it seemed her eyes were about to pop out of their sockets! At the time, I weighed around 100 pounds (45kg 359.23g) and I looked and felt pretty weak. Although, Javier’s attorney wrote on the Temporary Restraining Order (that she filed on his behalf) that I weighed 115 pounds at the time of the “incident”. I’ve always been a ‘skinny bitch’; so, “their” claim totally backfired!

The officer was holding my left hand onto the fingerprint machine when this conversation took place. So, when I told her the reason I was in jail, she immediately let go of my hand and told me, “I’m going to have to call my Watch Commander; we need to get you into ‘Protected Custody’”. (See? That’s what happens when you’re married to a cop. You get “Special Treatment” when you’re an “inmate” in jail! Lol!) She left me in the room and went to call the Lieutenant on watch.

The officer came back and finished taking my fingerprints. She was very nice and I can tell that she felt sorry for me. She told me to have a seat and to wait for the Lieutenant. Shortly thereafter, the Lieutenant came into the room. I remember him being a super tall, blond dude! He looked at me and said, “Come with me, I want to talk to you in a different cell”; so, I followed him. 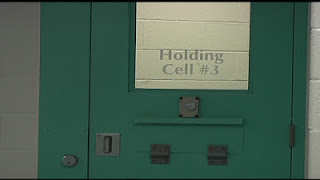 He opened an empty cell and told me to walk in and have a seat on a bench. He stood right at the door and then said, “Tell me what happened?” I began telling him in detail everything that happened in the morning at my house. That Javier and I were getting a divorce and since Javier is a cop, he was able to manipulate the situation and lie to get me arrested; that way he could get me out of his way. The Lieutenant exclaimed, “YOU DON’T BELONG HERE!!!!” …Uh, Duh?!!! I think that was the very first time I heard someone tell me, that I didn’t belong somewhere. 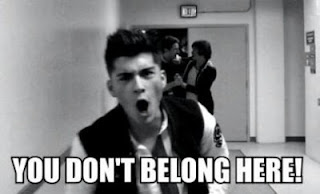 The second time I heard someone tell me that I didn’t “belong” was in 2009 at the Riverside Criminal Court building. I had just walked into an early morning court room to surrender a person back into custody; when a very non-friendly bailiff approached me and said, “What are you doing here? You don’t belong here?” (Oh, wow! Another one bites the dust!) I could probably write a blog about how many different people have told me, since I bailed out of jail in 2008 and started working in bail bonds, “I don’t belong here!” “Here” in the bail industry, that is. Back in 2008 I didn’t know what a “bail bond” was. In a sense, this profession found ‘ME’ instead of the other way around. It’s not like I grew up saying, “When I grow up I want to become a Bail Bondsman”; I didn’t marry anyone to get here, nor did I inhered the family business.

Growing up, I always wanted to become a Criminal Defense Attorney. As a teenager and young adult in the 90’s; I used to watch the TV series, “The Practice” and never missed an episode! I was fascinated about the twists and turns of every case and how the defense attorneys either got their clients acquitted or how they negotiated plea bargains with the prosecutors. I used to envision myself, walking into a court room, wearing nice collar shirts, pencil skirts and fabulous shoes (It’s all about the shoes!) Arguing cases in front of the judge, knowing the legal “jargon”, and always getting my clients acquitted, of course! 😉 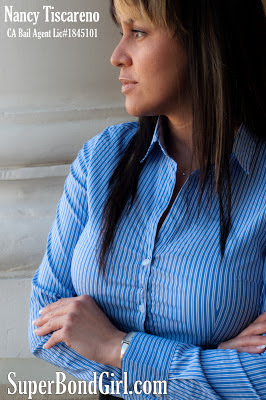 In 2009, after getting my bail license, it suddenly hit me! Oh my goodness! I’m doing exactly what I always envision myself doing, and some!!!! …I wear the nice clothes and fabulous shoes! I don’t argue with a judge. Instead I tell him or her, what to do when I surrender someone back into custody (Oh wow!). I don’t know all the legal jargon because I’m not an attorney, but every single time I’m in court (family, criminal or civil), I’m always taking notes! I love going to court! I get a rush every time I see or know that one of my clients is out of jail, especially if it was a “bogus” Domestic Violence case! Awe! <3

In the book The Alchemist, (one of my favorite books of all time!) Paulo Coelho wrote: “When you want something, all the universe conspires in helping you to achieve it”. I guess the universe began to help me to achieve what I’ve always wanted; from the moment when Javier called the cops on me, all the way until today. And the universe is already aligning things for my future goals. I’m so excited! 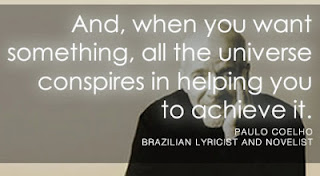 I have to agree! It’s obvious that I don’t belong here! I was a Stay-At-Home Mom, who used to coordinate and plan the yearly talent shows at my kids’ school, Harada Elementary in Eastvale, CA; that ended when Javier sent me to jail, of course. Even now, I get “Thank you” emails or messages on Facebook from parents and kids who participated in my shows. I contributed in building good lasting memories for them and to me that is priceless!

For the past five years, I’ve had a “love/hate” relationship with the bail bond industry! In fact, at the end of 2010 I was feed up with the negativity of this job; and tired of constantly hearing and seeing the “nasty” things that humans can do to each other. I was also exhausted of having to deal with the competition; so, I quit! (At least that’s what I thought) And I took a job answering phones at Fidelity National Title Company. I was hoping to get away from it all; but, my cell phone never stopped ringing with bail bond calls. So, after seven weeks, I went back to do what continues to follow me today, “Bail Bonds”.

Do I see myself working in bail bonds for the rest of my life? Oh, Gosh No!!! I’ve been “Desperately Seeking ‘Nancy'”hahahaha!!! Another “Nancy”. An aggressive, confident, independent, Hispanic woman! But, I haven’t had the pleasure yet; so, the search continues… 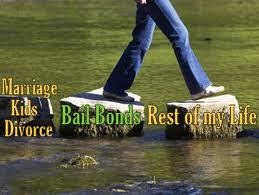 I’ve always seen “bail bonds” as a stepping stone to the rest of my dreams and goals. I know that I’ve been chosen to do way more things than I can ever begin to imagine. And, that’s the reason why I continued to experiment with my life; until I finally find what resonates with me and who I am. I always thought that by the time I turned 40, I was going to be remarried and have at least two more kids. But, last December for my 39th Birthday, I realized that the “universe” didn’t conspire for me to meet a good man to start a brand new family with; and I’m OK with that. Perhaps, I’m supposed to be an example for other single or divorced women to be aggressive and pursue their dreams and their career goals without depending on a man. 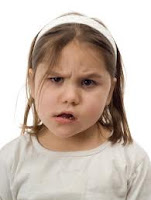 Last month, I met with a TV producer in Hollywood, CA and he asked me, “Nancy, I checked out most of your information and your videos on YouTube and I have to say, I’m a little confused”… I said to him, “It’s OK! I’m confused too!” LOL!!! 😉

What’s my passion? Well, I’m an entertainer! Plain and simple! I’m having too much fun writing about my adventures on this blog and adding my own spin to the photos that accompany every one of my blogs. I’m also currently working on two brand new blogs that have absolutely nothing to do with bail bonds. I’ll be launching those blogs pretty soon. I’m really excited about that! 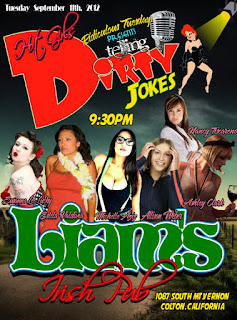 I’ve done “Stand Up Comedy” at a couple of local bars so far, and I have to be honest and say that I had a blast!!! (Cops are usually the “punch line” of most of my jokes, it’s hilarious!) Stand Up Comedy is definitely something I would like to pursue in the near future. I’m also launching another YouTube Channel because my fans are waiting to see what I am going to do next; which is so crazy, but I love it! Walt Disney said, “I believe in being an innovator” and I believe that too! <3 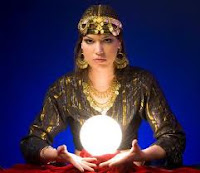 Where are all of these things going to take me? I’m not sure, yet! But, my psychic said that I’m currently living my third and last reincarnation in this planet; so, I better get my ass moving! LMAO!!! 😉 … In the Manuscript Found in Accra, Paulo Coelho wrote, “Someday everything will make perfect sense. So, for now, laugh at the confusion, smile through the tears and keep reminding yourself that everything happens for a reason”. So, brace yourselves because “Hurricane Nancy” is on its way! 😀
“Take your passion and make it happen” 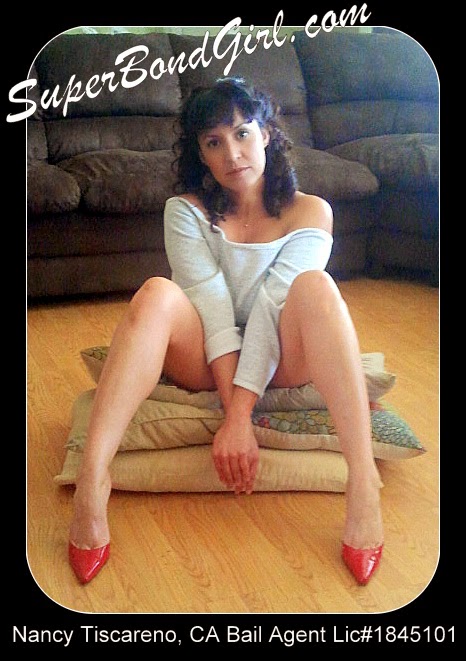