Skip to content
I have my own rules when it comes to dating. I don’t date anyone that I’ve bailed out period. I think that would be unethical since I would know what this person had “allegedly” done that caused him to be in custody in the first place. But I also think it would just be very weird anyway. Although, there was one time last year were I almost broke my own rule! I was working for a Bail Bond company in Santa Ana, CA. My boss called me and told me to post a bond at Theo Lacy Facility in Orange County. I posted the bond for the client and then I went back to my office.
The following day during my shift, a guy came into our office accompanied by his grandmother. Don’t ask me why, but I have the biggest crush on Eminem and this guy looked just like him! Though this guy had more tattoos and was a little more muscular than Eminem. I thought it was so cute that he was accompanied by his grandmother. They were very affectionate with each other, he pulled the chair out so his grandma could sit down, he got coffee for her and he was very concerned and caring about her wellbeing. My mind was already racing, thinking about how I could give this guy my cell phone number without looking desperate in front of his grandmother. I started to sweat and I was getting nervous just trying to figure out a plan to find the right moment to give him my number.
They both sat right in front of my desk and I thought they were at my office to bail someone out; when the “Eminem look alike dude” tells me that he was “checking in”. Oh snap! However I thought there was still hope, maybe one of the other agents at my office bailed him out, so I could still give him my number. I told him, “Sure, what’s your name?” He told me his name and as he did, I realized that it was the same guy I had posted the bond for at the Theo Lacy Facility the day before! I was screaming from the inside, “NO!!!!”  Oh man! I grabbed his file and I remembered that he had a parole hold and that’s why it took a few days to bail him out because we needed to wait for his parole officer to lift the hold. Oh man! Do I know how to pick them, or what?!?!
I conducted his post custody interview and I found out that his grandmother had bail him out! This guy had been in and out of prison who knows how many times; yet, I was still stubbornly thinking about giving him my number! Finally, we got to the point where I was going to give him a folder with all the copies from his bail bond. I was about to write my cell phone number on a post it note; but, at the last minute I decided not to. He got his paperwork, thanked me for bailing him out and went off with his grandmother. I’m glad I didn’t break my own rule that time. As of today, I haven’t dated anyone that I’ve bailed out and I don’t intend to… unless of course next time it actually IS the “Real” Slim Shady that I bail out!  🙂 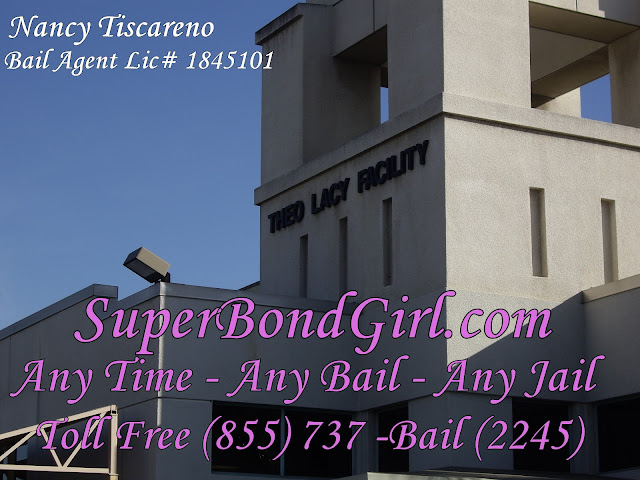