Skip to content
A couple of years ago right after I got my bail license, I got a phone call from my boss. It was around 2am on a Wednesday morning; I remember vividly because the night before I’d gone out drinking with a group of friends and I’d just arrived to my house when I got the phone call. (I was still a little tipsy) That’s why I remember. 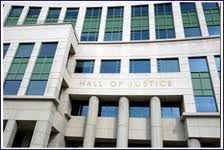 My boss proceeded to tell me that he needed me to be at San Diego Criminal Court at 8am to post a $100,000.00 bond on a robbery case that had a PC1275 (1)hold. In the bail bond industry a PC1275 (1) hold is usually set on a large bail bond to show the court that the money to post such bail was not feloniously obtained. On other words, a bail bondsman has to show proof that the money to post the bail bond is legit and not stolen money or drug money.

The boss then tells me to go and meet with another bail agent who was going to explain to me how the PC1275(1) hold was going to work and the agent was going to give me the money and the paperwork for the robbery case in San Diego. I met up with the agent around 4am at a local Denny’s Restaurant; remember, I hadn’t slept at all.
The bail agent I met proceeded to explain to me the process for the hold and coached me on what I had to tell the judge, he gave me the money and the defendant’s paperwork required for the hold. I asked the agent, “Robbery case, huh? What did he do?” The bail agent told me, “It’s just a misunderstanding; they said he stole some money but, everything is going to be OK!” I took his word for it and off I went.
I got home just in time to get dressed and go to the court. I didn’t even have the time to double check the defendant’s case on the computer system. I left my house and drove almost two hours all the way down to San Diego. As soon as I arrived to the court, the defendant’s family was already waiting for me at the court entrance.  I introduced myself and together we walked to the court room. The defendant’s family consisted of two brothers, two cousins, one uncle, one sister and the sister’s husband. The sister’s husband was the one putting the money for the bond. They proceeded to tell me that their family had emigrated from Russia and that they now resided in San Diego.
I walked in the courtroom by myself, while the family waited for me outside in the corridor. I asked the bailiff to direct me to the District Attorney. I had already been told that she was a really tough lady to deal with so, when I finally got to talk to her, I was very pleasant and respectful. I told her that I was the bail agent and that I had all the paperwork for my client. She then called her District Attorney Investigator and he came and took all my paperwork so, he could double check it and make sure that everything was OK. 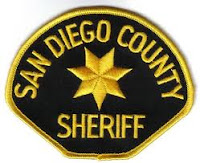 The court room was not in session yet, so I sat in the first row waiting for the investigator to come back when I saw the defendant’s sister running into the court room looking for me. She was frantic, scared and shaking up! I told her, “What’s wrong?!” She said, “You have to come with me!” I ran out of the court room following her. Once I opened the door, I saw about 12 San Diego sheriff deputies arresting the two brothers, the two cousins and the uncle too!!!  They were flat on their stomachs on the floor with their hands bound behind their backs.  My eyes were popping out of their sockets like they do in those cartoons! I had no idea what was going on. The deputies took the men into custody while the defendant’s sister was crying hugging her husband.  I stood there in disbelieve.

The female District Attorney came out of the court room and I asked her, “Why are the men being detained?” She told me, “Everyone in this family is involved, 100k bail bond for every single one of them with PC1275 holds on every bond!” She was mad! The investigator then came back and gave me all my paperwork.  As I was talking to him, the defendant’s sister interrupted our conversation and she asked the investigator, “Why are you taking all my family and my little brother? My little brother didn’t know anything! They just told him to drive the car; he didn’t know that they were going to rob a bank!” WHAT?!?!?!?!?… My head was spinning! It seemed that the whole family robbed a bank in San Diego!!! See… these things only happen to me!!! I looked at the sister, grabbed her by the arm and led her out the area as soon as possible. I told her to stop talking and that her and her husband needed to leave the court building immediately. I gave them back the money and the paperwork and off they went. 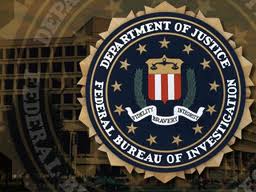 I couldn’t believe what had happened.  I was sweating and thinking, “This is too much drama for me to handle in one morning and I haven’t even slept yet!” I walked away, took the elevator down and once at the lobby, I found a bench and just sat there. I needed to take a break and try to make some sense of all the mess I had just witnessed. I was about to text my boss, when through my peripheral vision I saw a really good looking guy. He was walking towards me, smiling. He was wearing a dark blue hooded sweatshirt, blue jeans and white tennis shoes. I was already getting into my “flirting mode” holding my hair and making eye contact with the handsome man; when he approached me and asked me, “Are you the bail bondsman?” I said very confidently, “Yes, I am! Is there anything I can help you with?” He then reached into his sweatshirt front pocket and flashed me his FBI Agent badge and ID. He said, “I need to ask you a few questions”. OH MY GOODNESS!!! What?!?!?! The FBI is here! Right then, I think my heart skipped a few beats. I kept telling myself, “Keep it cool, Nancy! Keep it cool!”  I smiled back at the FBI Agent and told him that I had no problem answering any of his questions; but, that I needed to see his identification one more time just to make sure, and then he showed me his credentials again.

He then proceeded to tell me that the case of the defendant I was trying to bail out was a “federal” matter. Of course, it’s was federal matter…they robbed a bank!!!! I gave Mr. “Hot” FBI Agent all my information and he said that they would contact me soon. Then I called my boss immediately and told him that the FBI had just questioned me. He asked, “Where are you at right now?” I replied, “I’m still sitting here inside the court building”. He then said, “Nancy! Get out of there fast! And get out there NOW!” Oh, I really didn’t like the sound of that! I grabbed my purse and my workbag and I ran out of there!
The FBI never called me. I’m sure they realized that I didn’t know anything about the case. I was mad at my boss and the other bail agent because they knew that these people were shady, yet they sent me “the new girl” like a lamb to the slaughter. I’m glad that this happened to me in the beginning of my career in bail bonds because I learned the lesson to never believe what other bail agents tell me. From the point on, I’ve done my own research on every single one of the individuals I bailed out. I have no idea what happened to the Russian family and I haven’t had any runs with the FBI since. 😉 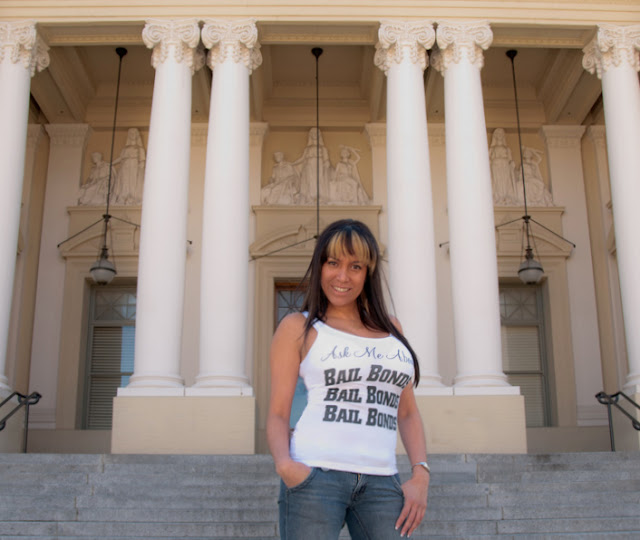