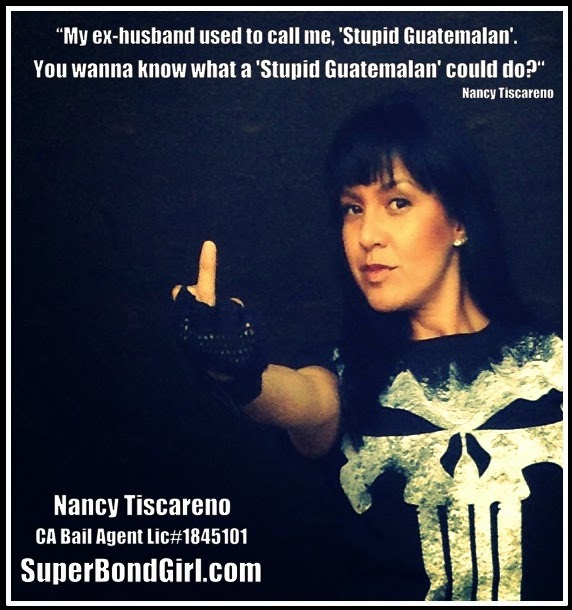 People say that it’s not good to hold onto anger. I disagree with that statement. I think you can use anger as a motivation.  When I created SUPER BOND GIRL back in 2011, I was very angry! I had just found out that I could have civilly  sued my ex-husband, the Los Angeles County Sheriff’s Department and the Riverside Sheriff’s Department for wrongfully taking me into custody. But unfortunately, the statue of limitations had already expired. And, I couldn’t do anything anymore! I think I cried non-stop for almost 24 hours.  I thought, “All those fucking assholes got away with all the shit they did to me”.

Once I began blogging about my life and adventures, I realized that not having gone to court and suing all those losers was the best thing. If I had sued them and won my case, I’m sure I would have had to sign a confidentiality agreement as part of the settlement and I probably wouldn’t be able to talk or write or even tell people about my story of how I got into the Bail Bond business. There’s no doubt in my mind that I was supposed to go through all that sadness and sorrow because my mission is clear now: to help and motivate people everyday. 😉

SUPER BOND GIRL has taken me places I imagined when I was a little girl. I was on national TV on the Anderson Cooper talk show. I was featured in the Inland Empire Magazine (a local publication in Riverside County, CA). I was invited by Mikasa Sports to record a radio commercial in Spanish to be broadcast during the soccer games. I’ve been offered a gig writing my own column for a magazine (I’m still trying to figure out how am I going to fit all that into my schedule). And now, I’m dealing with fucking James Bond! Psss! And my ex-husband used to call me a “Stupid Guatemalan”. Don’t get me wrong, I made a lot of stupid decisions in my lifetime; but, overall I’m still pretty fucking awesome! LOL! 😛 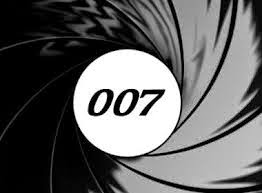 Today, I submitted my Response to the Notice of Opposition of my mark SUPER BOND GIRL, filed by Seyfarth Shaw Attorney’s on behalf of Danjaq LLC (the Vagina people) owners of James Bond with the United States Trademark Trial and Appeal Board. And as I promised to you, my readers, I have included in this blog post my response. My answer had to contain admissions or denials of the allegations stated in the notice of opposition, and it also includes available defenses and counterclaims. If you haven’t read the original Notice of Opposition yet, simply click here: http://superbondgirl.blogspot.com/2014/08/lets-get-ready-to-rumble.html

I don’t get involved in other people’s lives. But, one thing that really pisses me off is having to deal with assholes who think that can get into my life! Like I said before, I just hope none of these old farts suffer from a heart-attack because

Universal Energy is About to Be UNLEASHED!!!

“Life is a storm my young friend, you will bask in the sunlight one moment be shattered on the rocks the next. What makes you a man is what you do when that storm comes. You must look into the storm as you shout as you did in Rome. Do your worst for I will do mine.”  – The Count of Monte Cristo, Alexandre Dumas 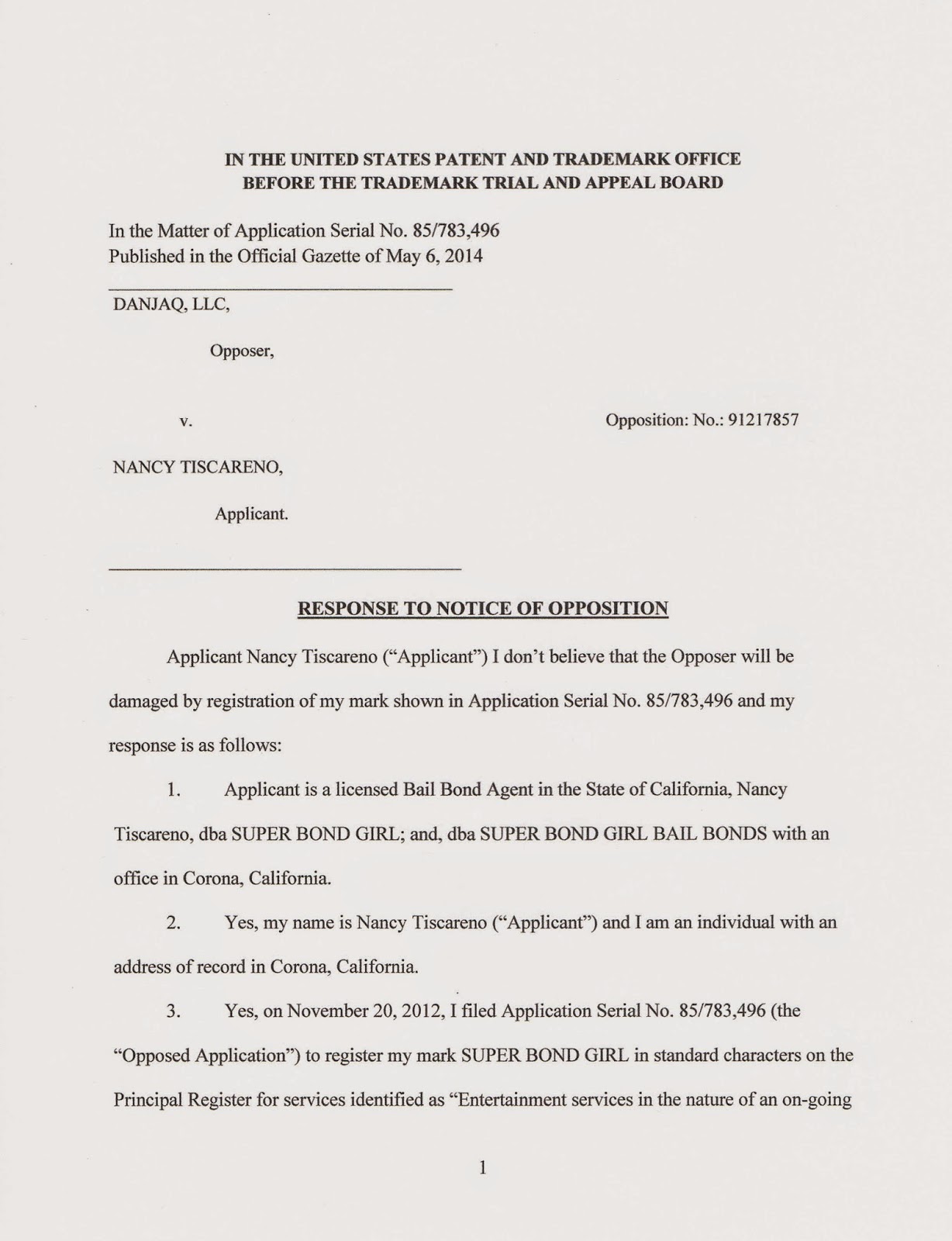 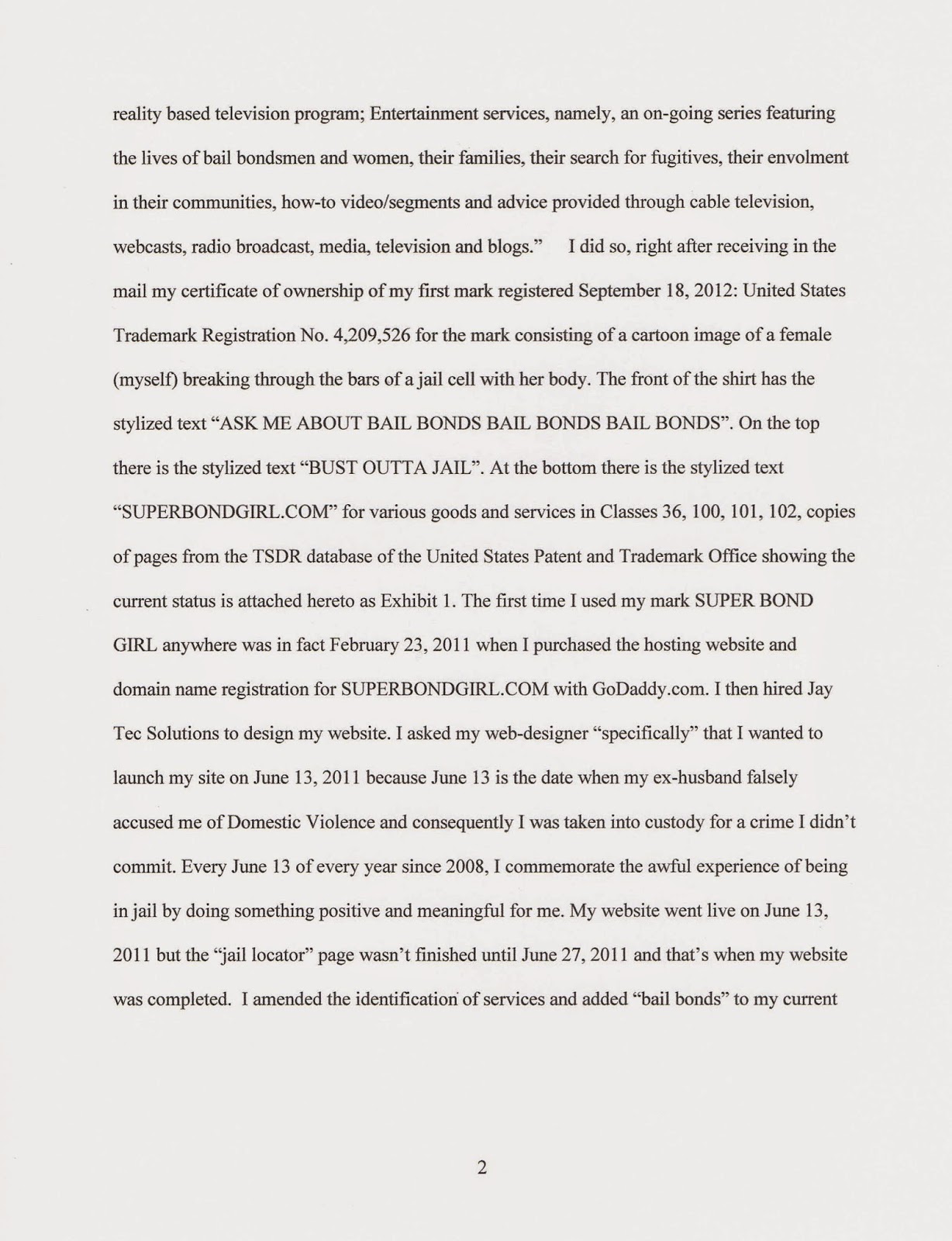 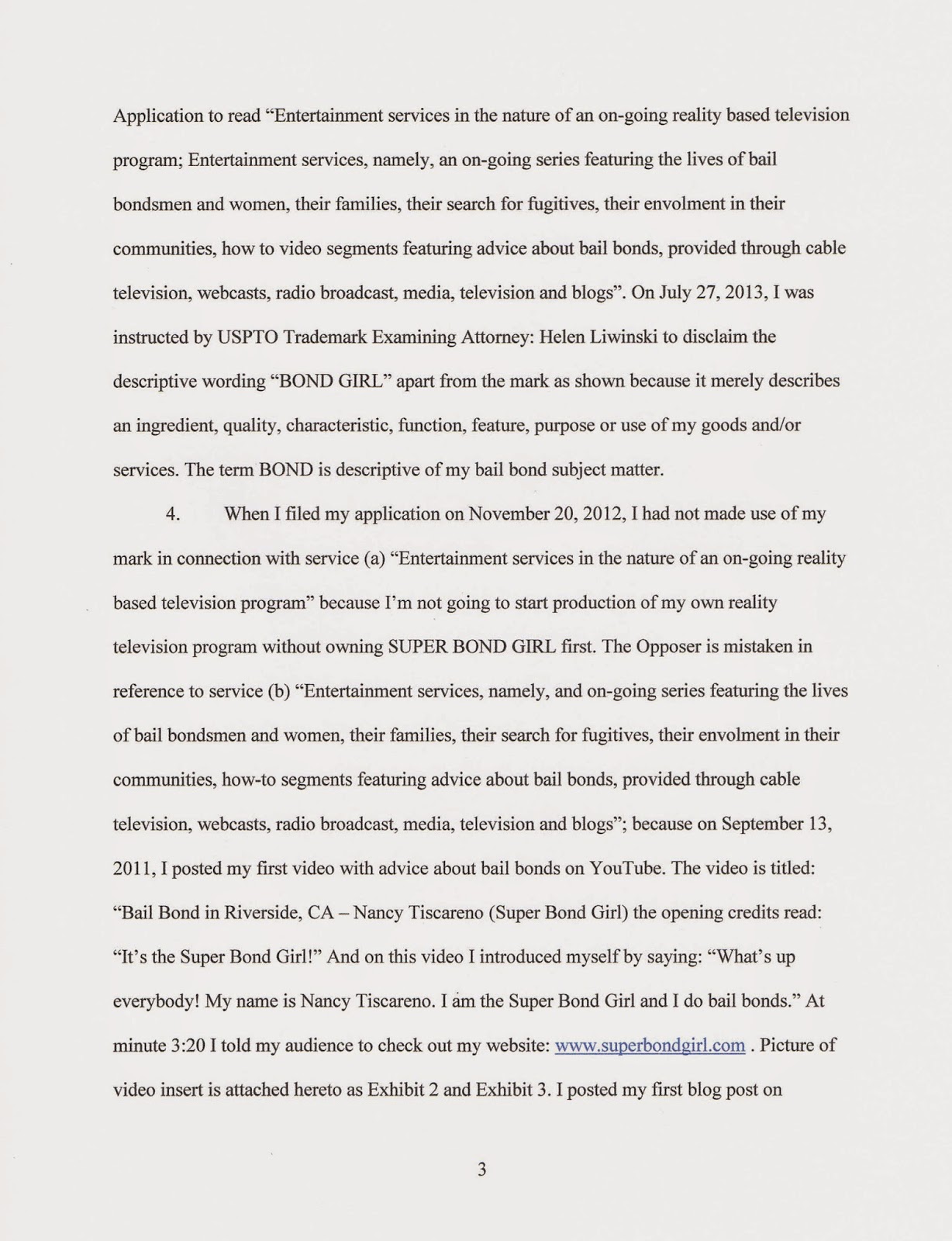 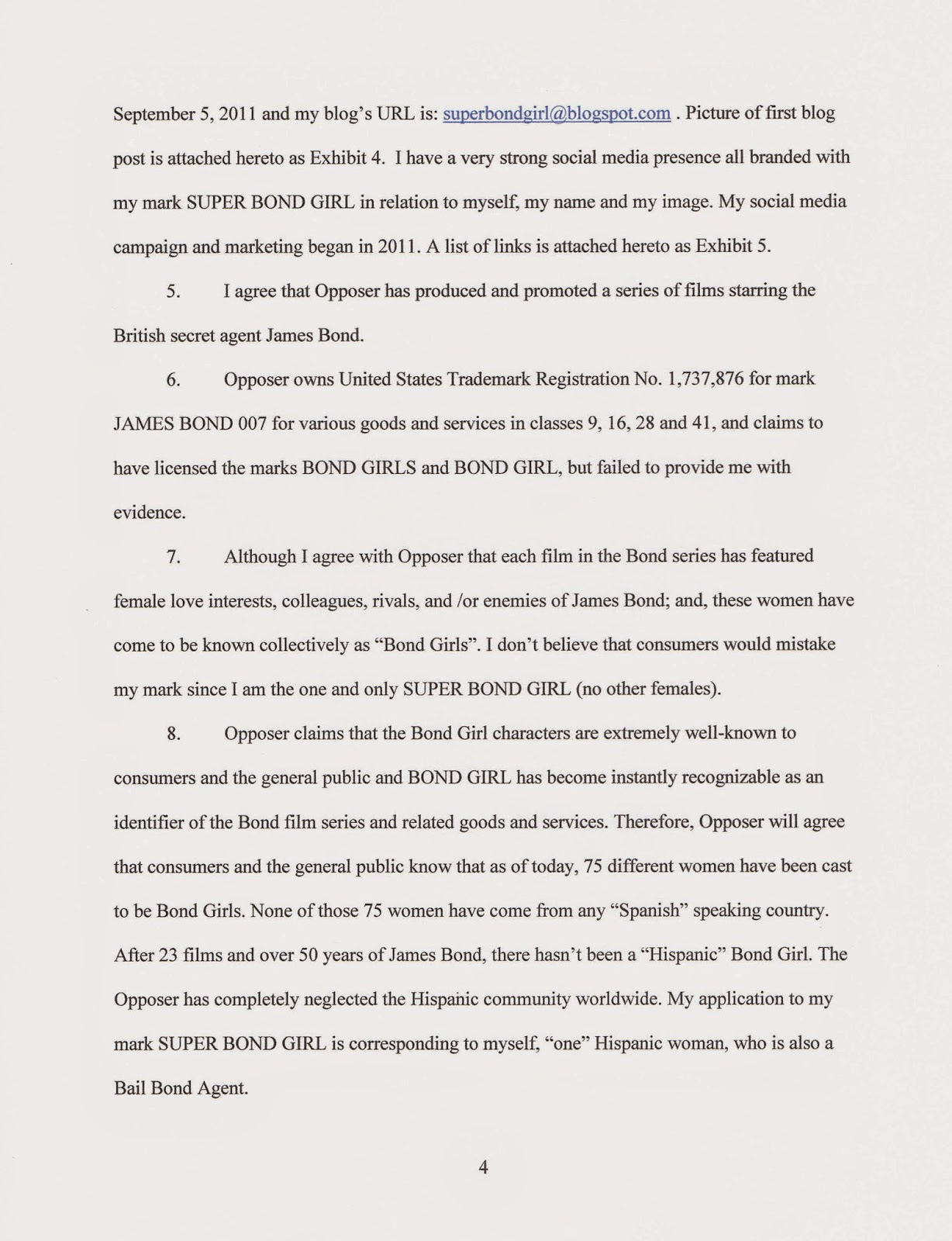 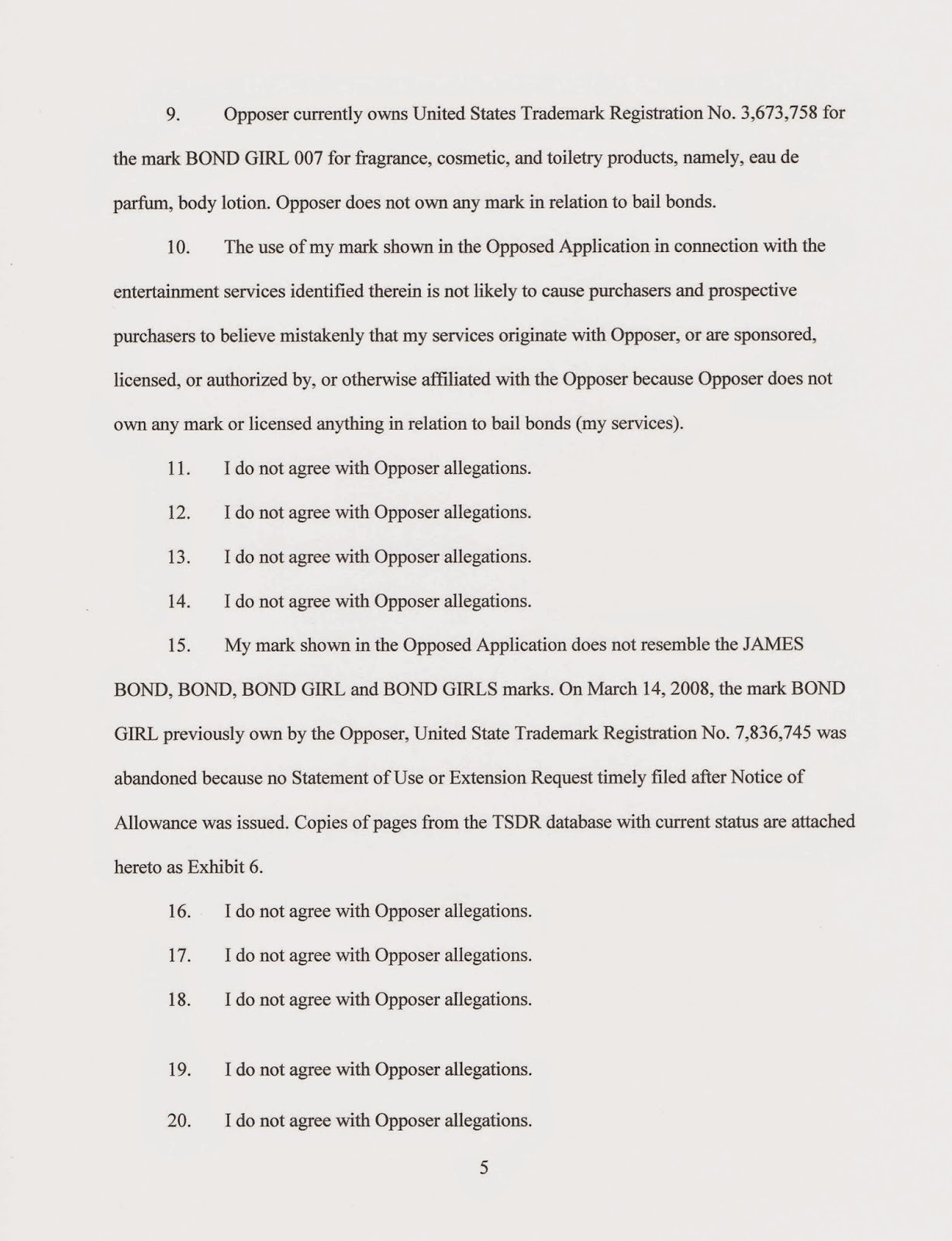 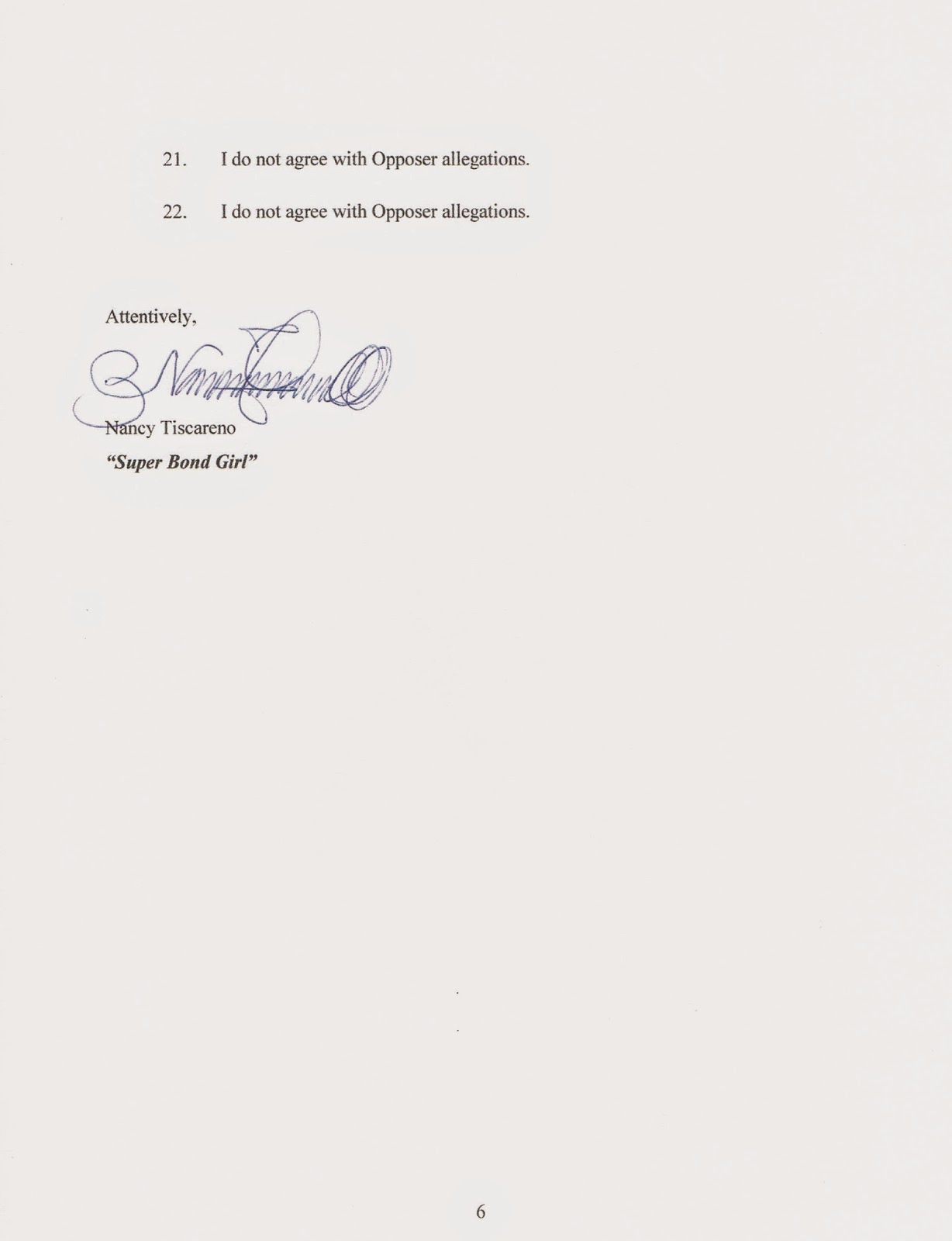 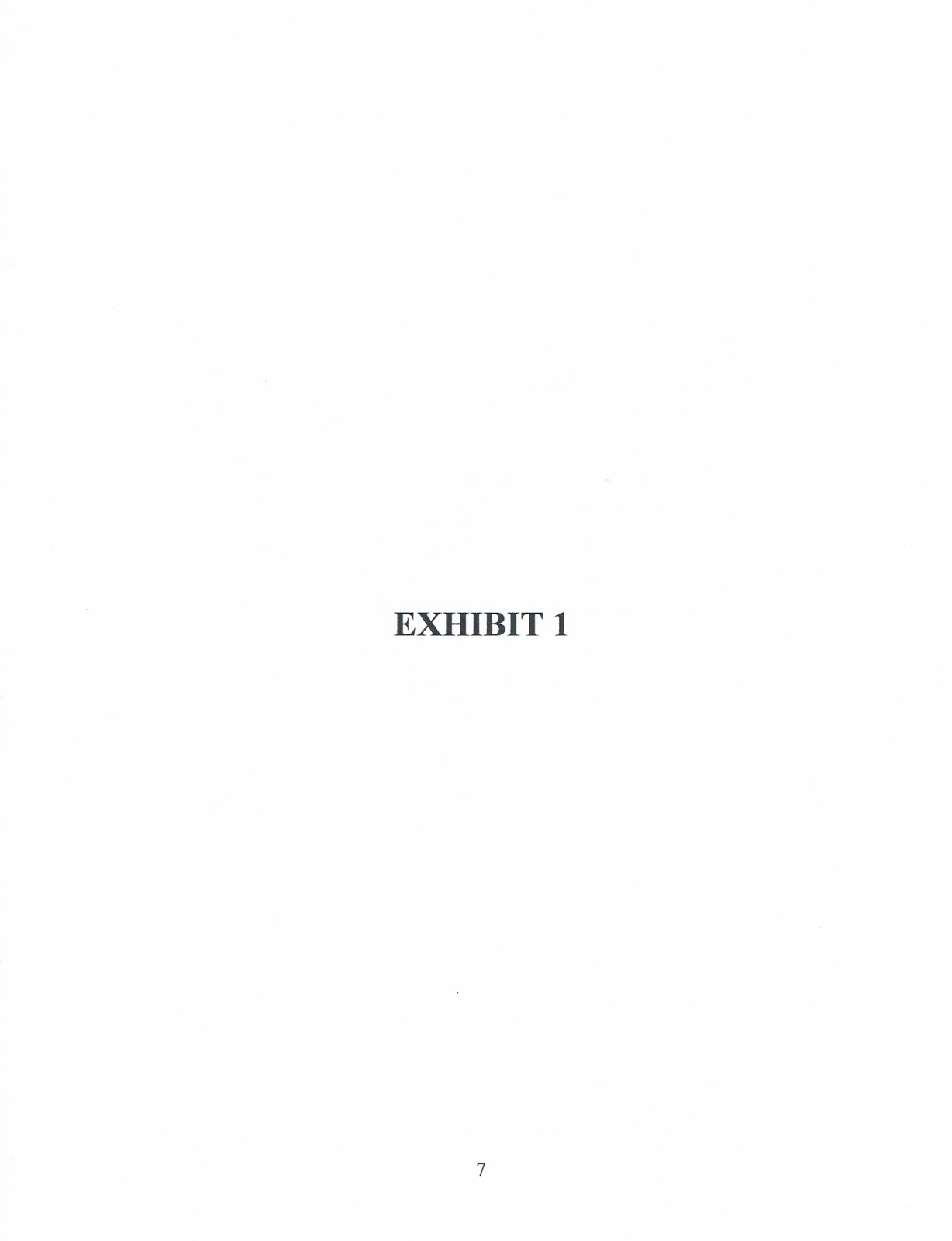 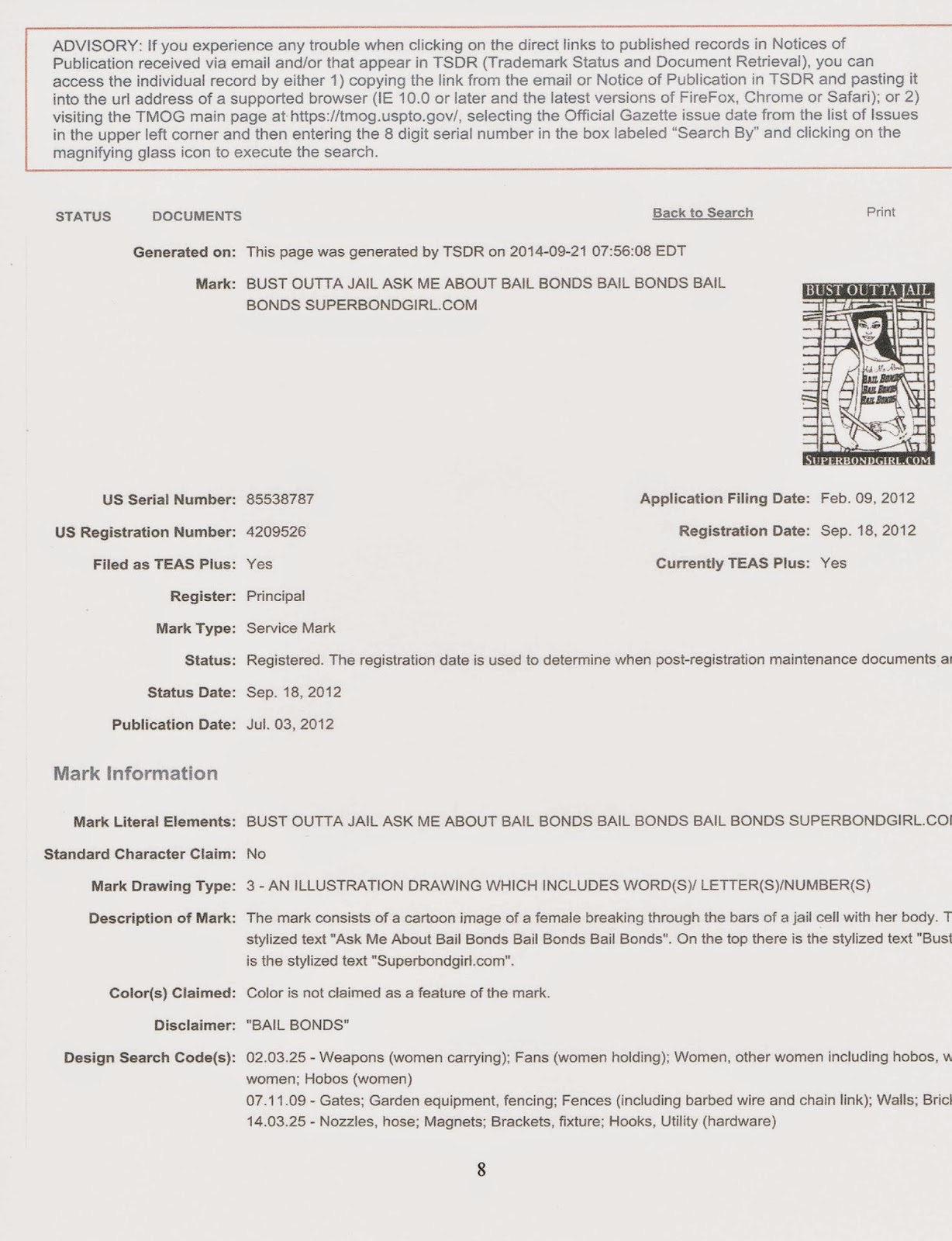 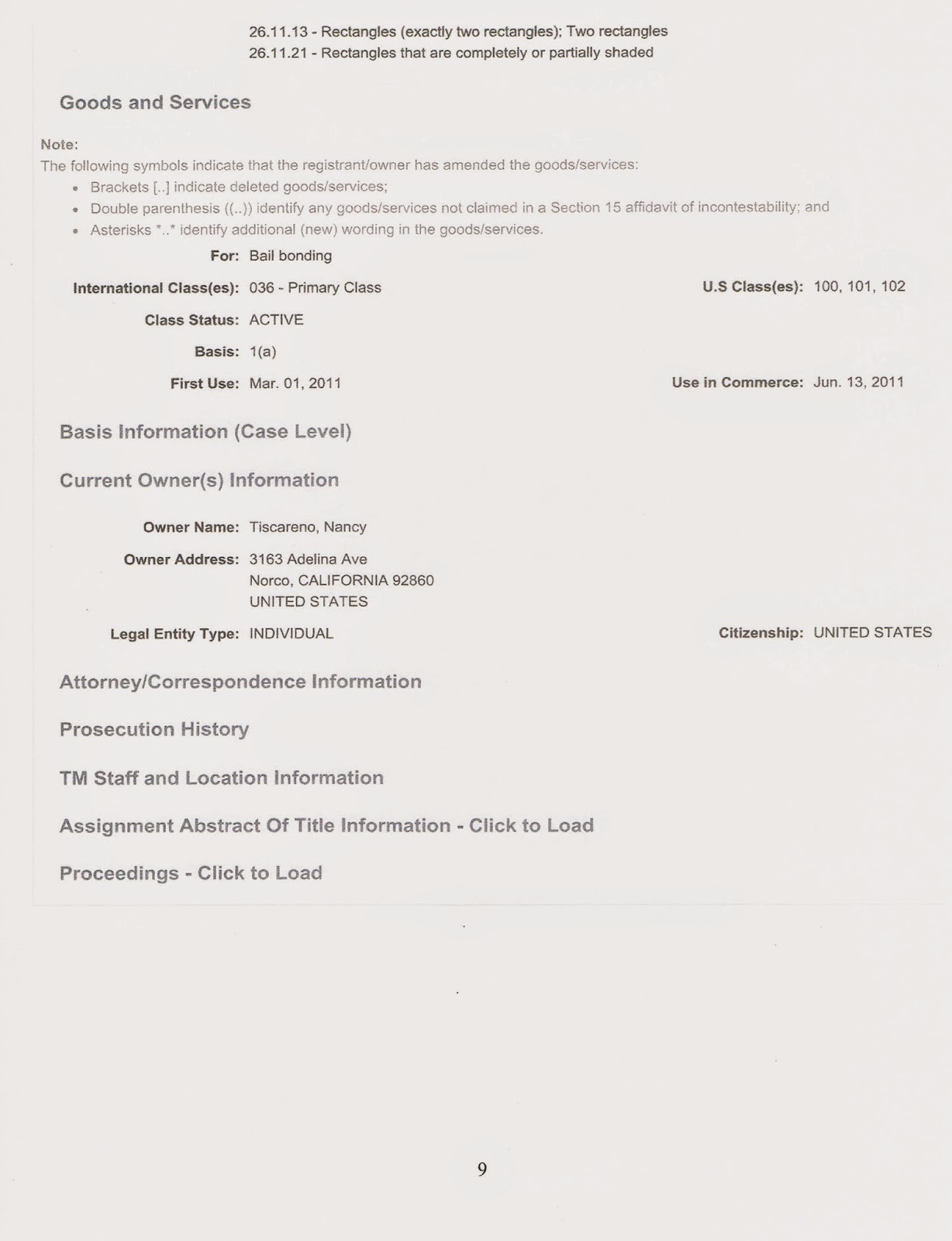 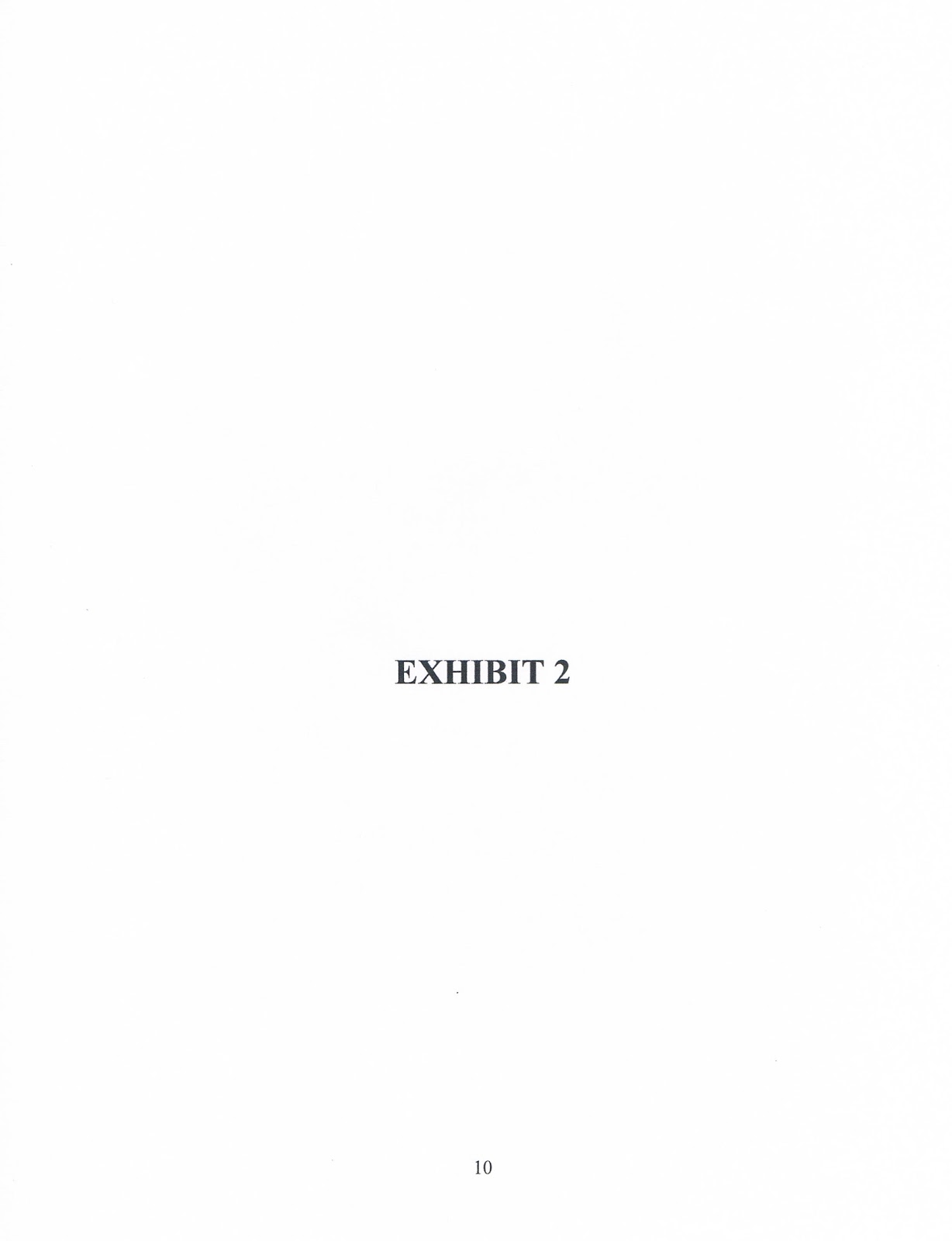 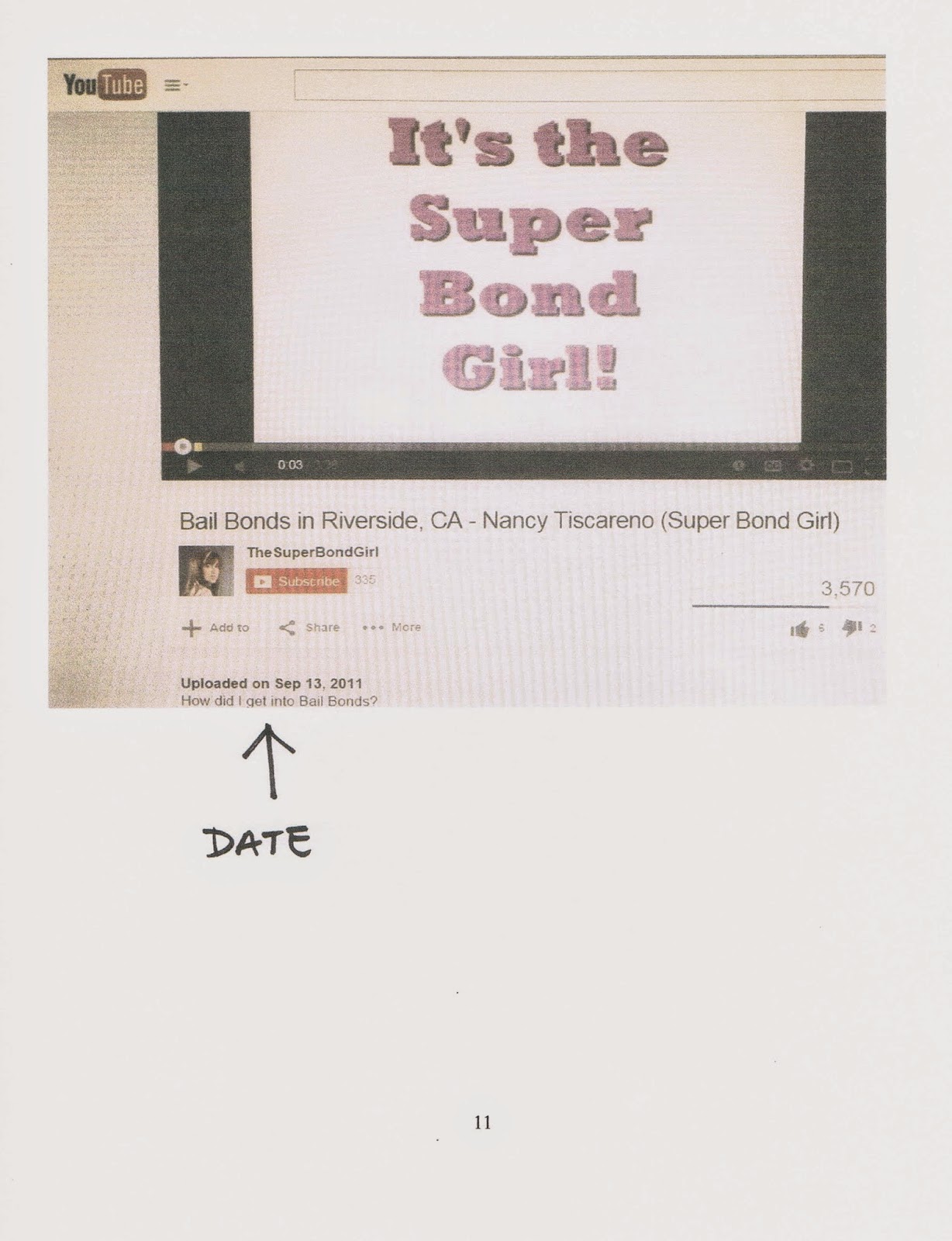 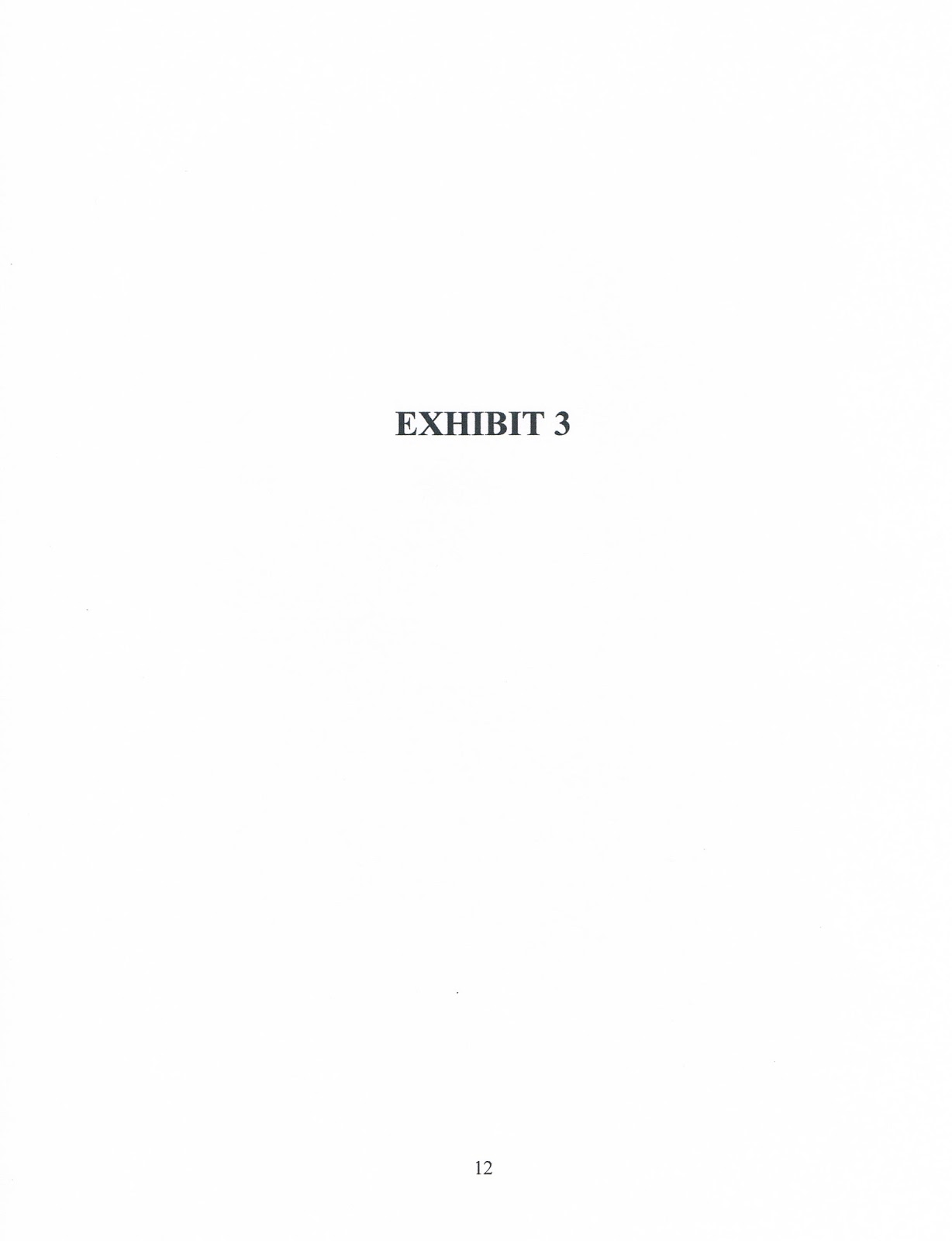 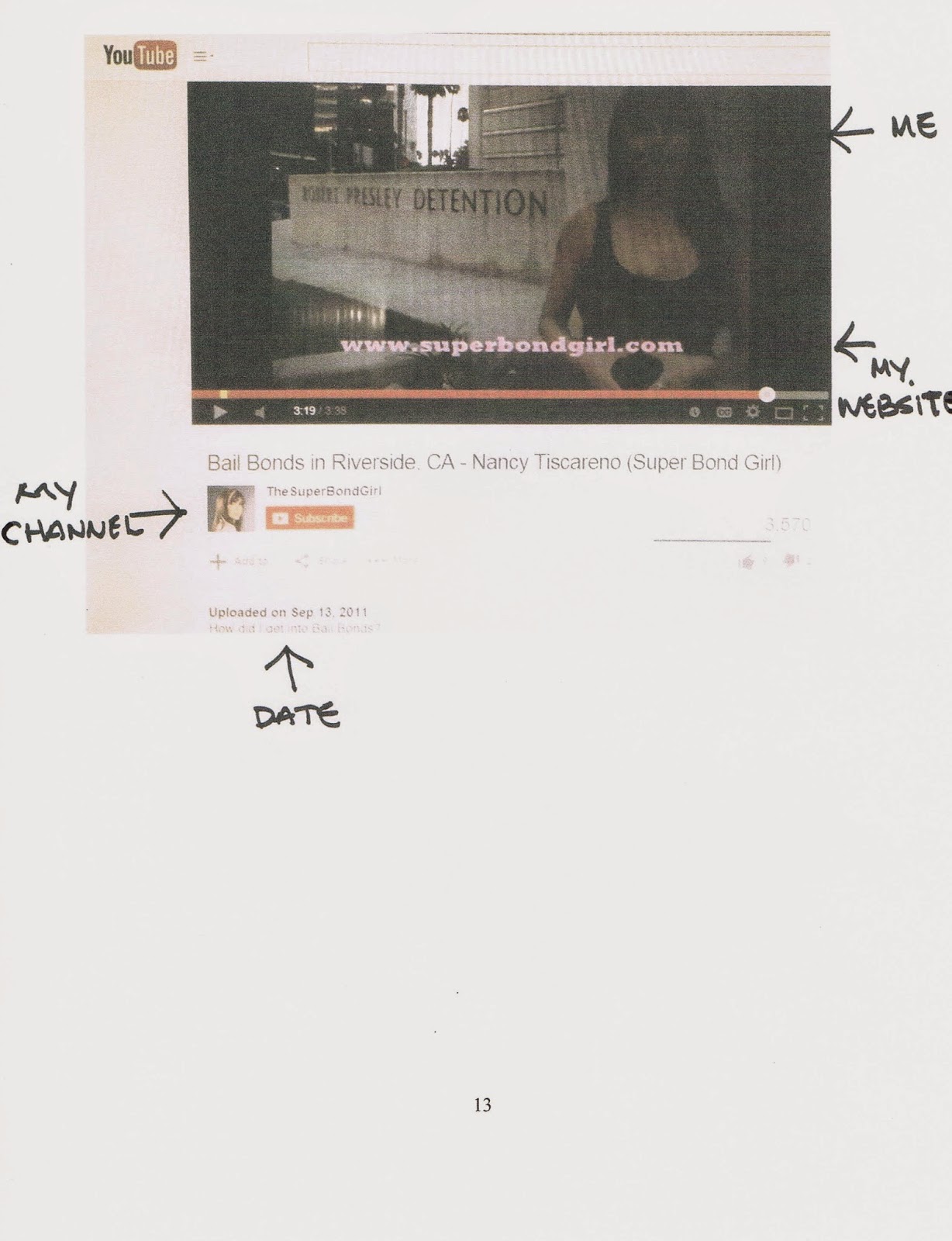 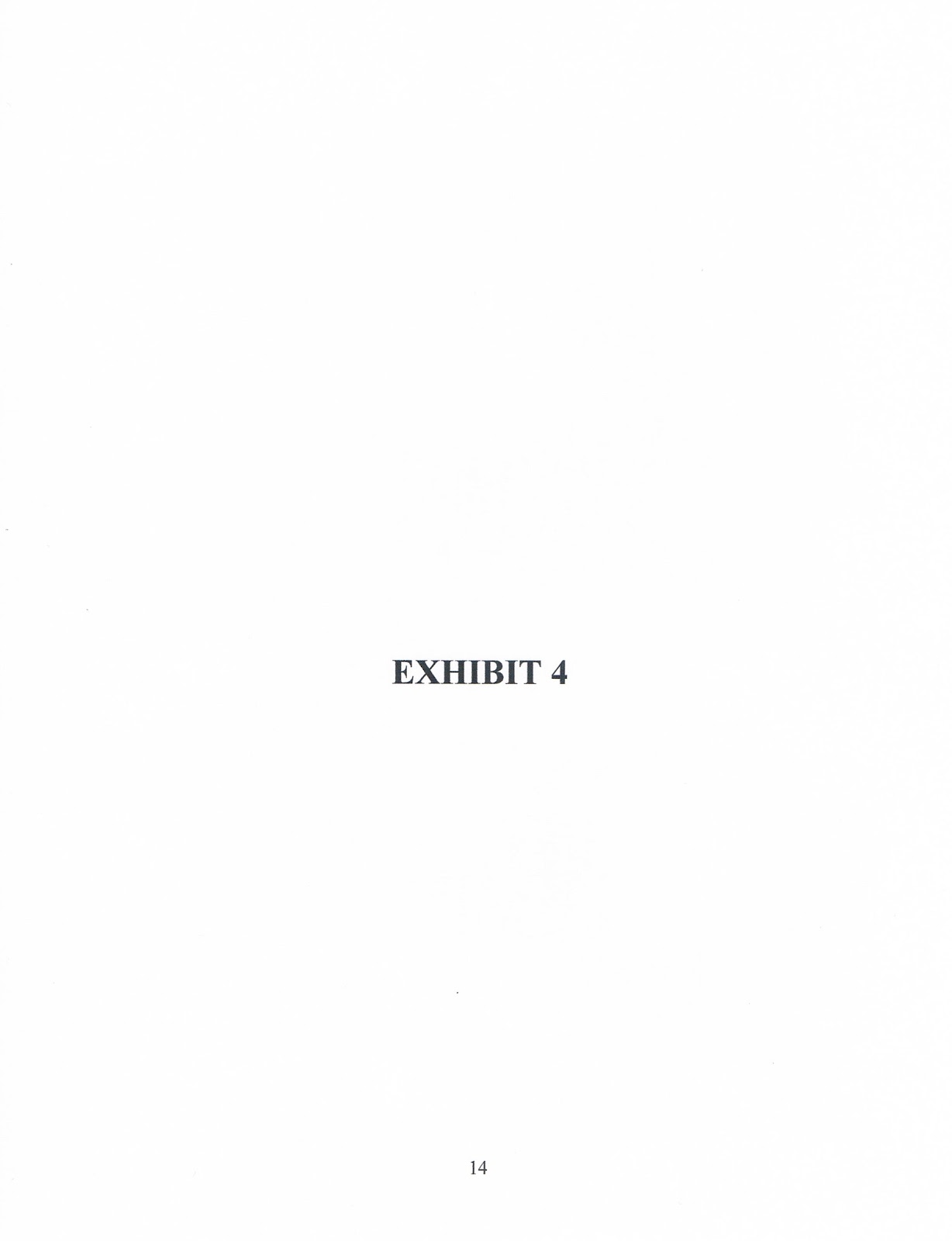 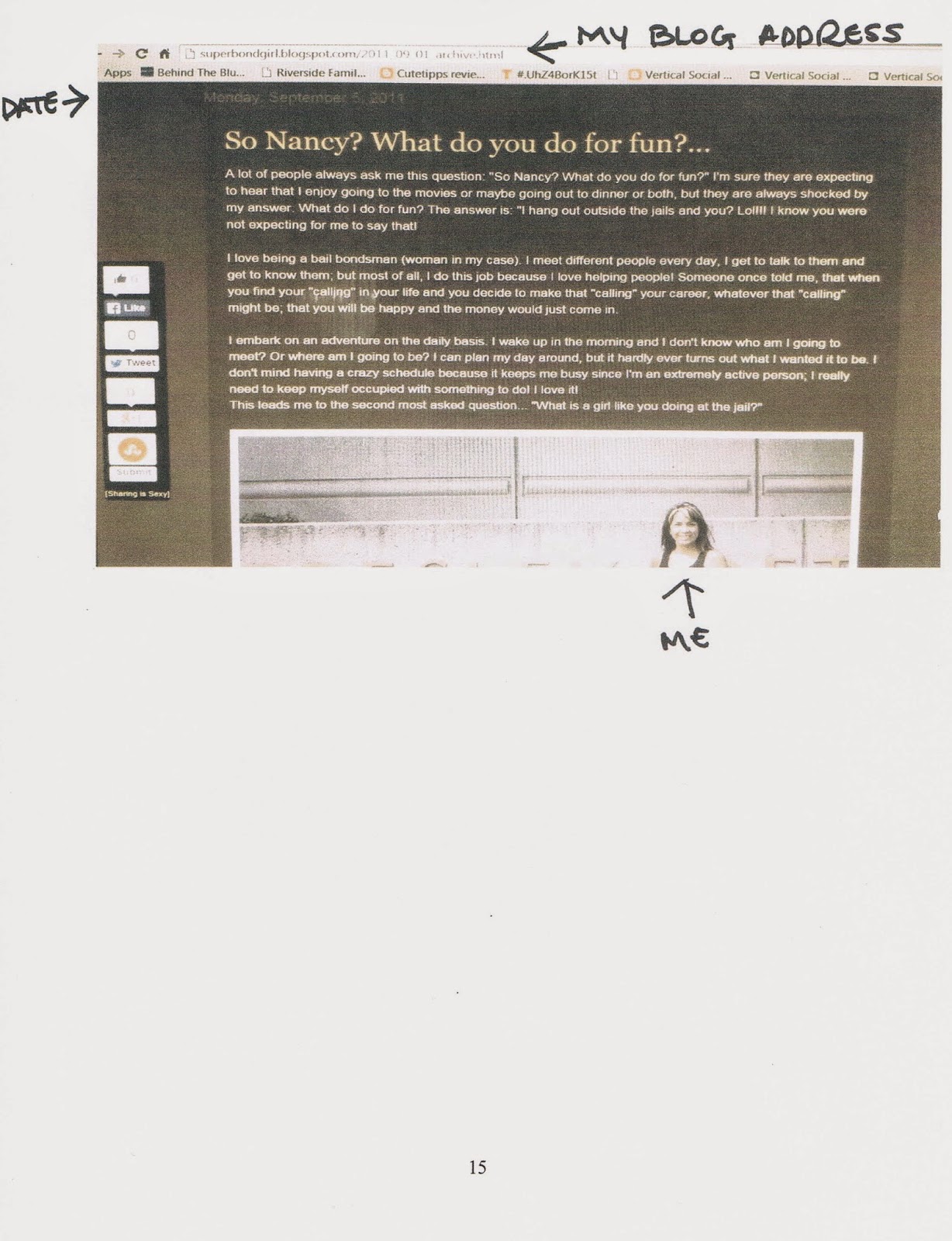 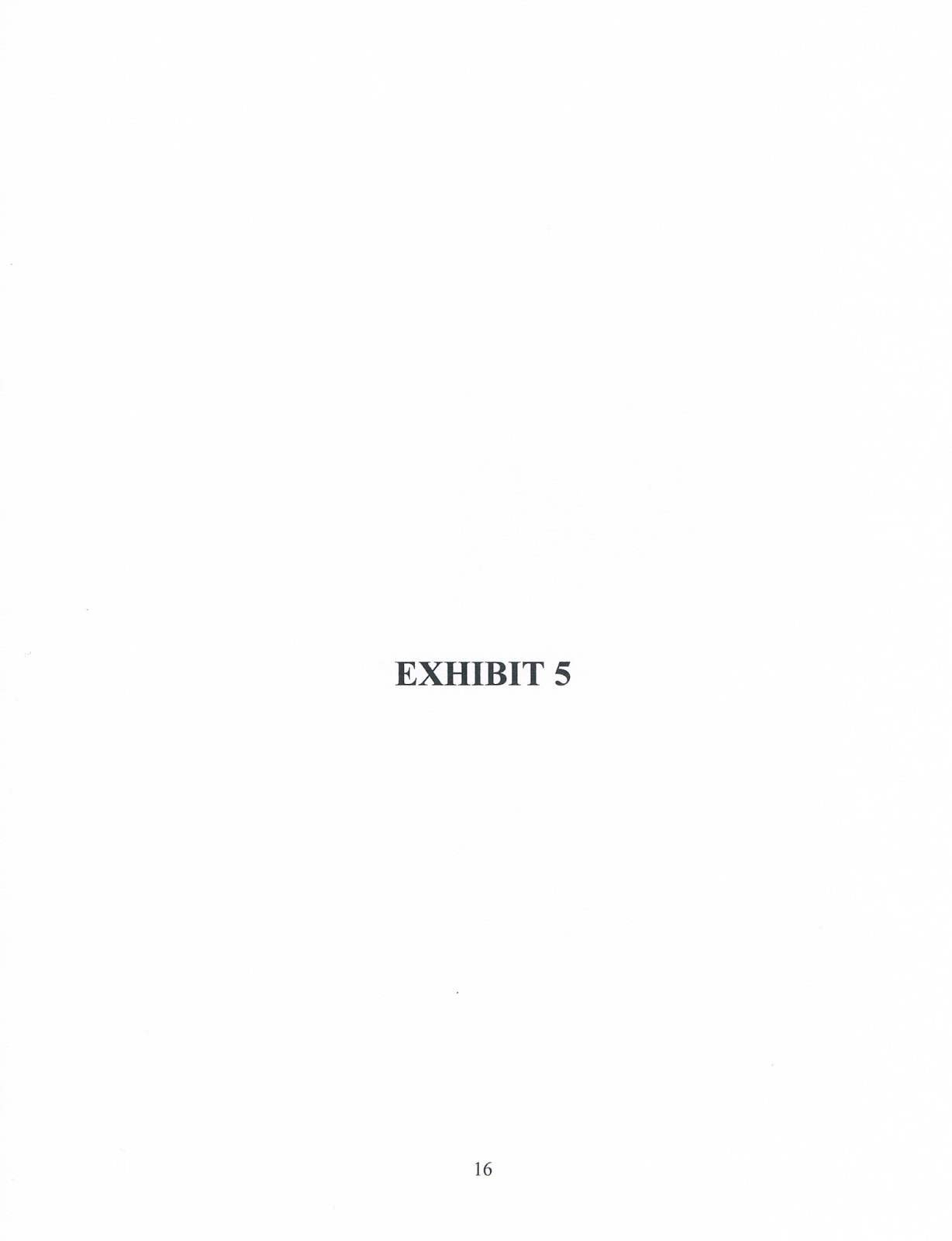 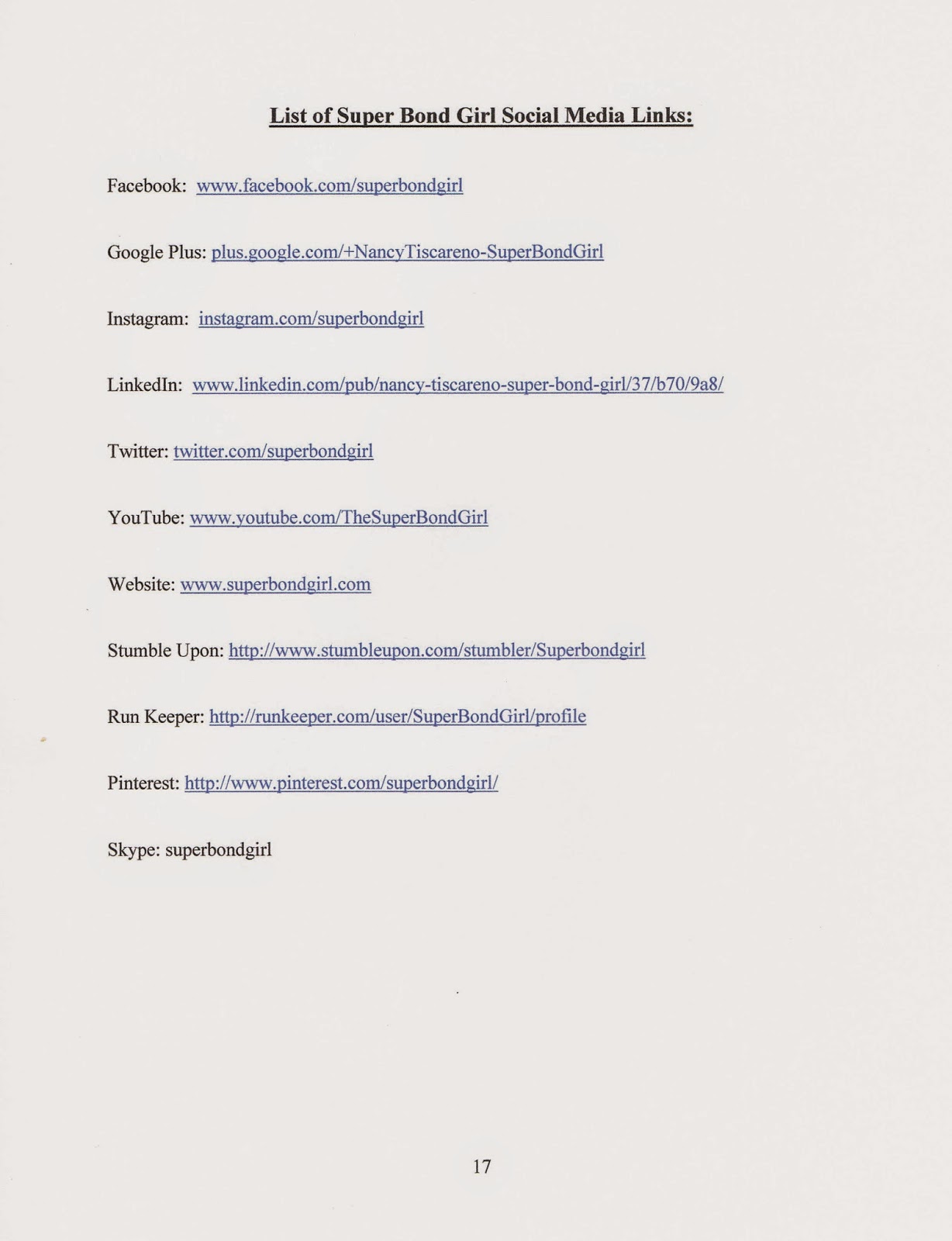 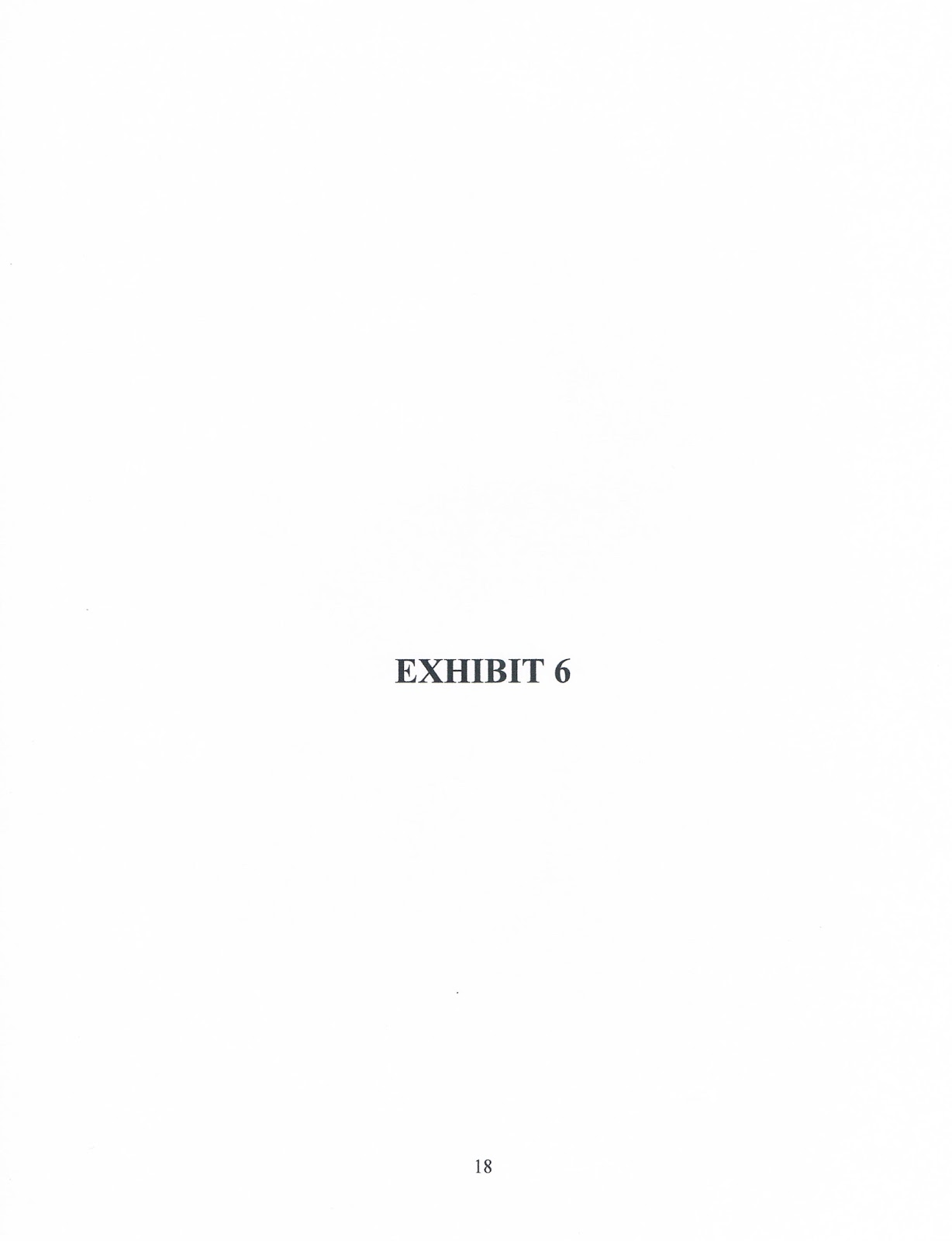 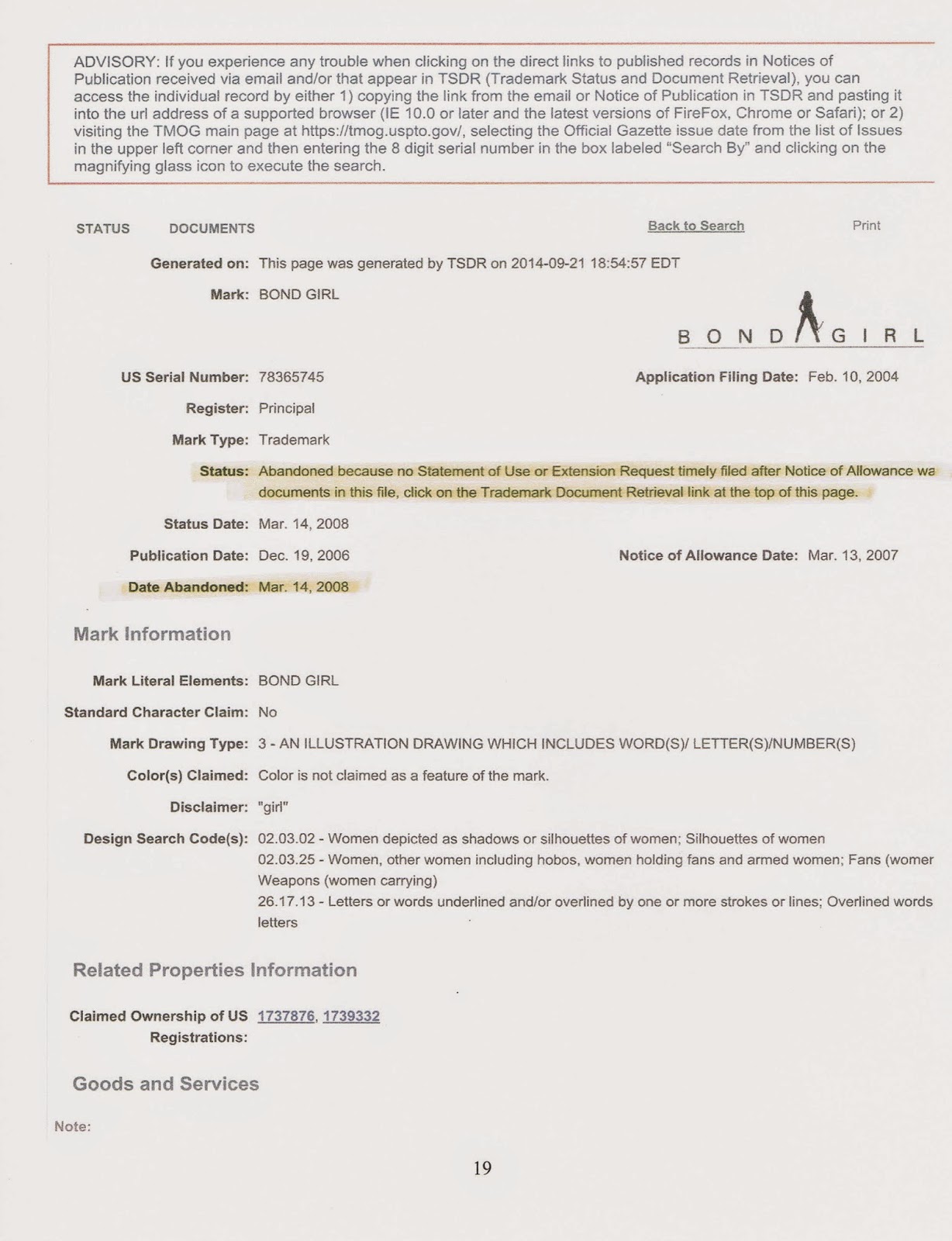 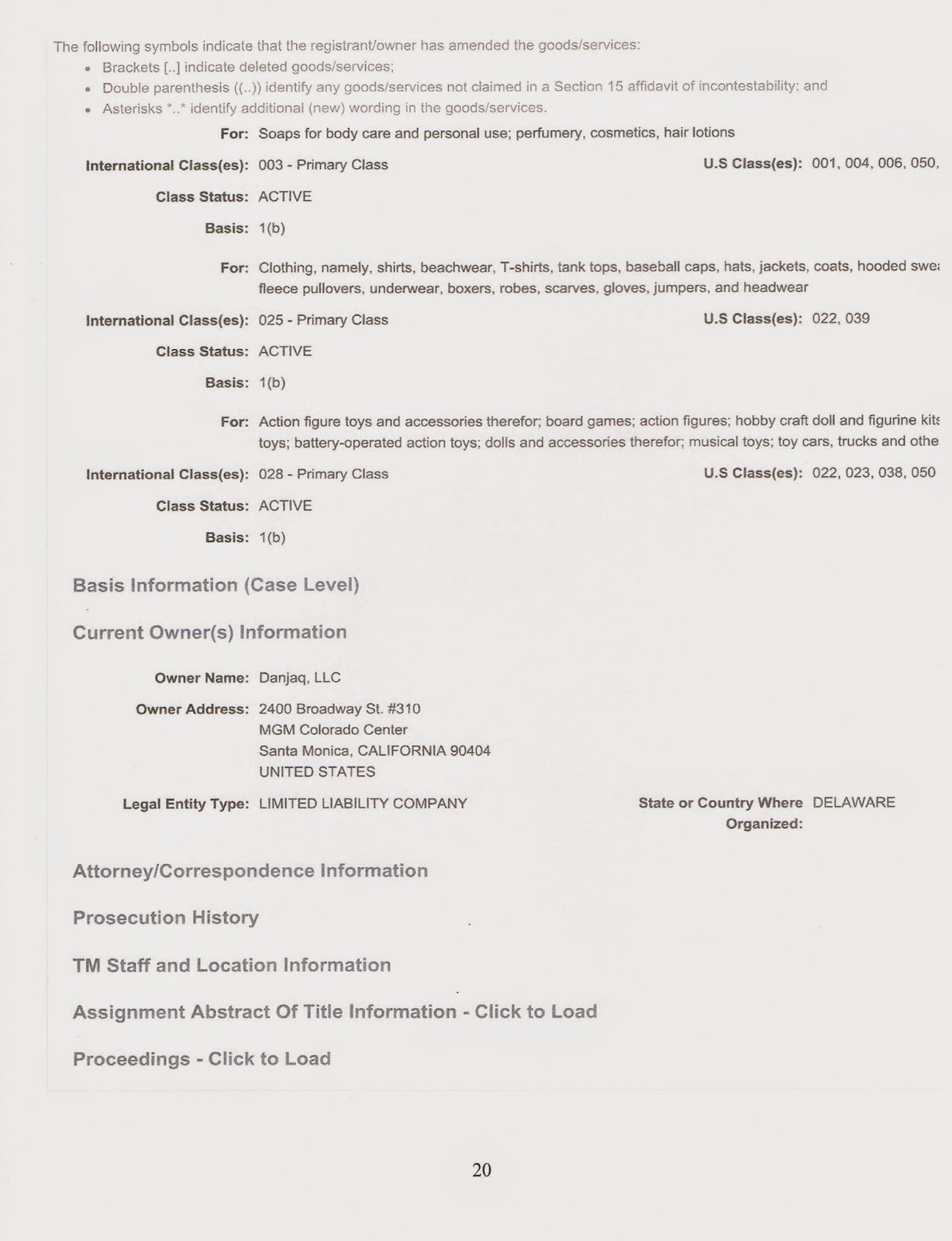 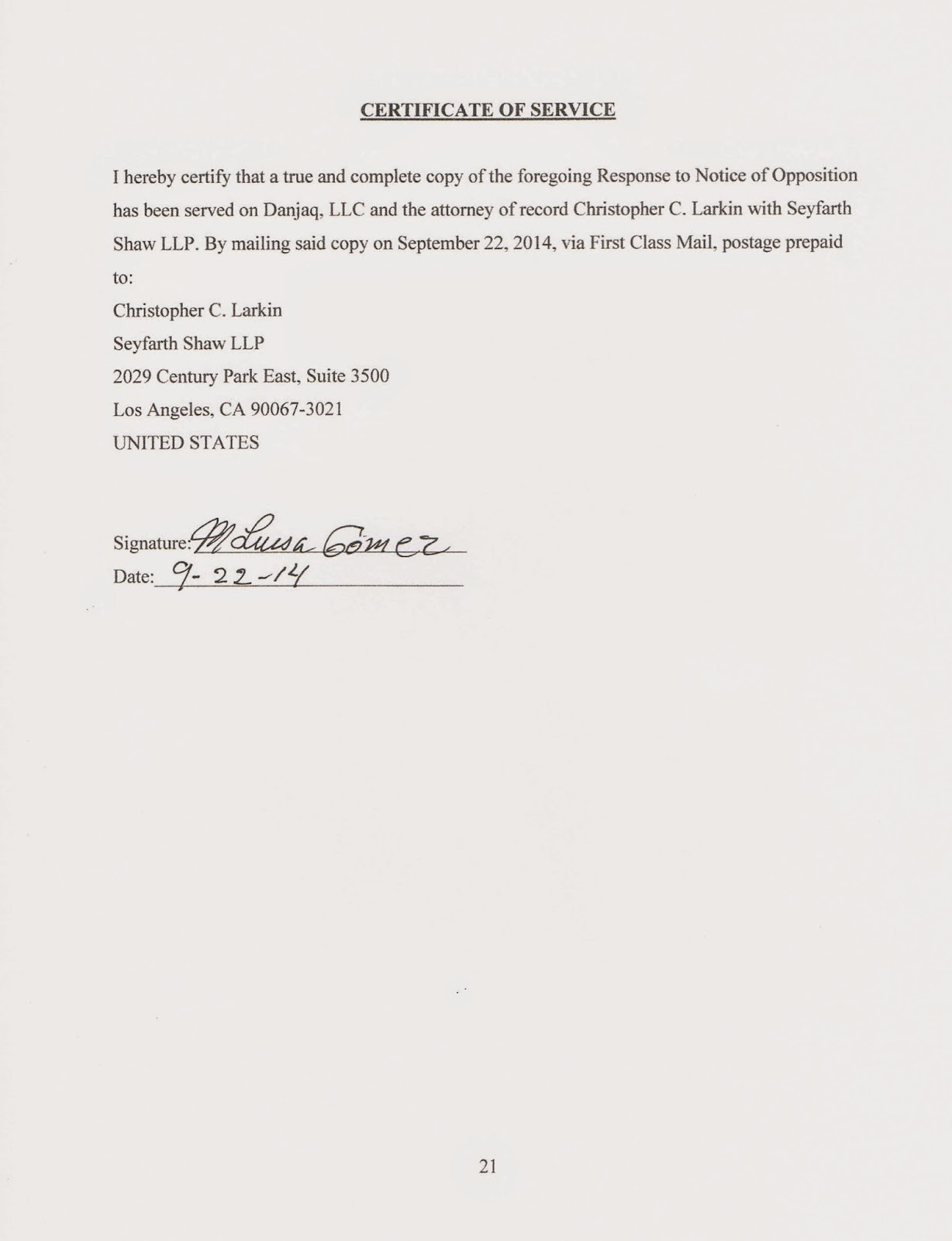 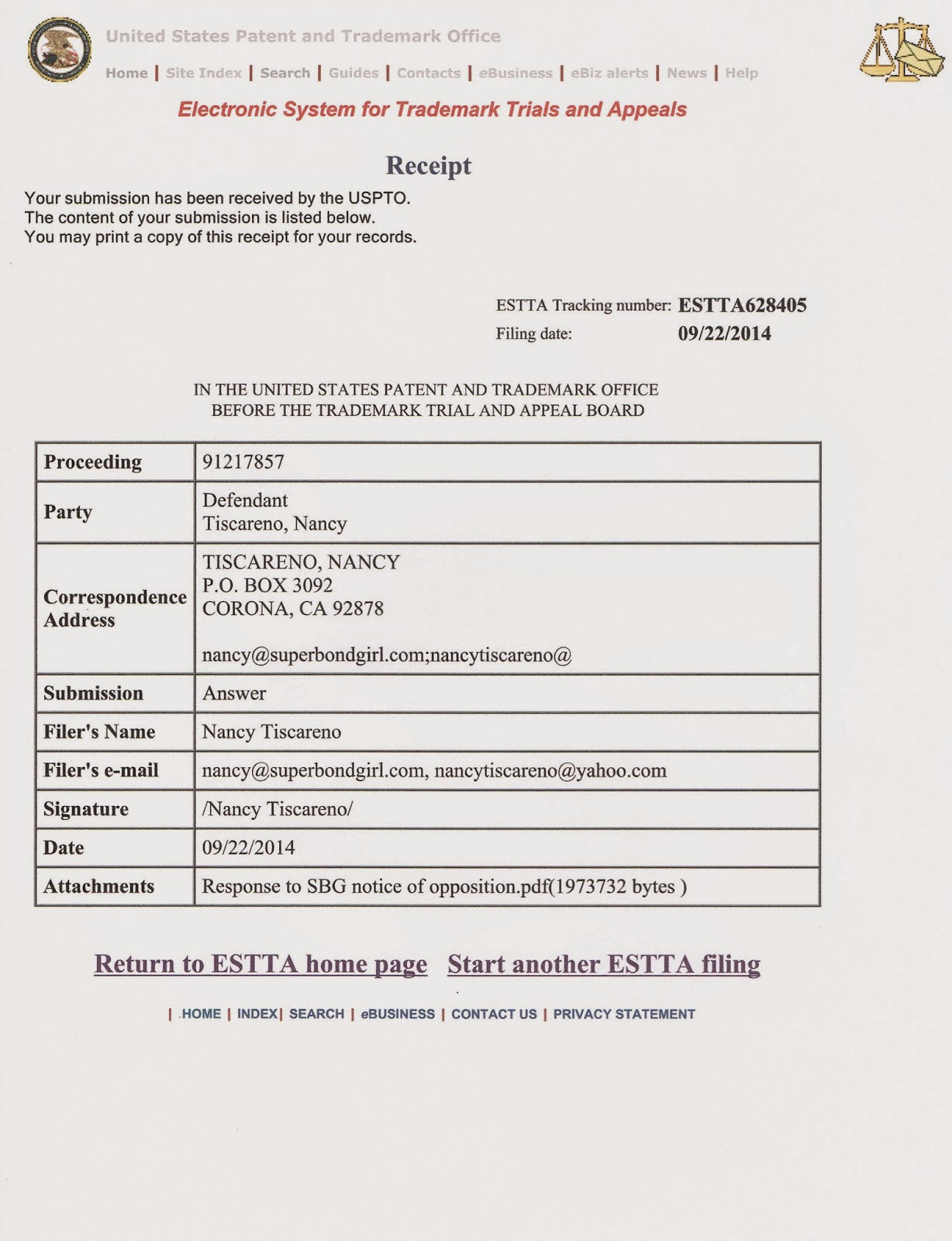