Skip to content
I used to “trust” anyone who wore a law enforcement uniform. I used to admire those who had taken an oath to “Protect and Serve” our communities. I saw these people as the “chosen ones” and I was so supportive to those who “we the people” had trusted with guns, badges and authority. Why? Because I was married to one of THOSE so called “heroes”, right?
I am a very open person. As such, I am not afraid to speak about my experiences, even my experiences with law enforcement personnel here in southern California. I have to say, most of those experiences are not very pleasant.

As many of you know by now; in 2008, my ex-husband (and Deputy Sheriff) Javier hit himself on the neck, called the cops on me, and accused me of Domestic Violence. I actually feel bad for Javier now. He has told himself so many different versions of his own “story”, that he doesn’t know which version is the truth anymore! He literally can’t tell the difference between his lies and the truth. Isn’t that sad? The way I see it, it doesn’t matter how much he twists the story, either way, he looks like a true “Douchebag”!

After I was arrested, I was devastated! Especially once I found that I couldn’t contact nor see my own children due to the criminal charges Javier was trying so hard to create against me, “the mother of his kids”.  During the turmoil following my arrest based on false accusations, I had a conversation with my friend Cindy. I told Cindy that I was going to file a complaint against Javier because he continued to lie. Since he was one of the “chosen” few, a cop, sworn to uphold the law, I was really hopeful that the Los Angeles County Sheriff’s Department would help my family. I figured they would at least be disappointed to discover that they had such a dishonest member among them, one who is a disgraced to their department and their uniform.

My friend Cindy warned me not to file a complaint. She said that the L.A. County Sheriff’s Department was not going to do anything about my situation, because cops just “cover up” for each other, and that a complaint would just be a waste of my time.

However, at that time, I still “trusted” those in the L.A. County Sheriff’s Department. After all, I had attended many of the family seminars and counseling sessions where the Sheriff’s Department encouraged and invited the wives of deputies to be a part of the “Law Enforcement ‘Family’”.

So on June 20, 2008, I called the LASD line at 1-800-698-8255. I requested to file a complaint against Javier. The watch commander on shift was Diana V. Gealta and she took my information and filled out a “Service Comment Report”. Ms. Gealta told me that she was going to forward my information to Lieutenant Cynthia Conner the watch commander in Twin Towers Correctional Facility at the time, where Javier still works today.

On August 19, 2008 (almost 2 months later, to the day), I received a letter from the Twin Towers Jail Administration – Room E 892, stating that my complaint had been received and it was being investigated by Lieutenant Connor and if I had any questions about my complaint, to contact Lieutenant Antuna at (213) 893-5045. Once I received that letter, I found some peace in knowing that the LASD was actually investigating my complaint.

Months went by, and yet I received no response. I got so caught up with all my family matters, divorce proceedings, custody issues, criminal issues, work life, etc., that I just waited for someone from the sheriff’s department to get in contact with me. After all, I “trusted” that they were doing their job! 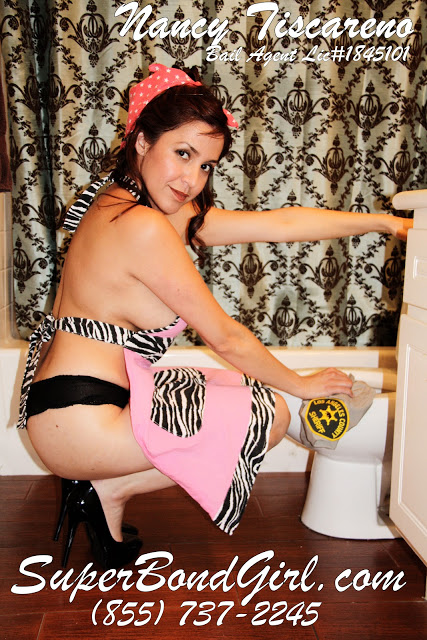 Lieutenant Slaugther called me back on the same day at 12:20pm. He told that he was the watch commander and that he had reviewed my complaint. He then asked me if it was okay for him to record our conversation, and I responded, “Absolutely not!”

Lieutenant Slaugther began asking me questions about the incident between Javier and me; and after five to ten minutes of what felt like an interrogation, he finally told me that Lieutenant Cynthia Conner had closed the investigation of my complaint after speaking with me back in October. I gasped and replied, “WHAT?!?!  I’ve never spoken to Cynthia Conner or any other watch commander! I keep waiting for someone from the Los Angeles County Sheriff’s Department to contact me, but no one has done so, not until I called you and you called me back today!”

Lieutenant Slaugther then said, “You received a letter dated October 6, 2008 stating that Lieutenant Cynthia Conner spoke to you and discussed the outcome of her investigation” I couldn’t believe what Slaugther was telling me!!! I said, “There’s a letter?!?! I’ve never received a letter!!! What do you think I’m calling you now for? Because I’ve never got a phone call, a letter, an email, absolutely NOTHING from the sheriff’s Department!!!” 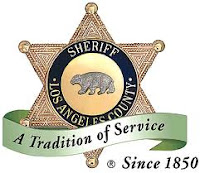 I was so upset; I couldn’t believe that the Los Angeles County Sheriff’s Department was covering up for Javier! Just like my friend Cindy had predicted! I felt betrayed and angry because I “trusted” the LASD!  I thought to myself, “Oh my goodness! How stupid am I?”

I then said to Lieutenant Slaugther, “So, you’re telling me that the LASD is covering up for Javier! That’s just wonderful! So, it’s perfectly okay with you that ‘your’ deputy is a complete liar! No wonder Javier used to tell me all the time, that he knew how to ‘manipulate the truth’! That means he’s trained to lie!”

Lieutenant Slaugther then told me, “Look Nancy! It’s too bad that you went to jail! But, we’re not going to do anything against ‘our’ deputy! We stand 100% behind ‘our’ deputy!” Oh Wow! This kind of behavior in men, I call: “The Power of The Penis” means that some men will make any excuses to defend each other’s behaviors even if they had committed serious crimes, even killing or raping someone. They may even commit a felony or help one another be unfaithful in marriage, etc. It doesn’t matter what they do, as long as they support each other! It’s everybody else’s fault but theirs; and their male friends, fathers or brothers will always defend them! It’s just plain disgusting and disturbing behavior!

I was outraged by Lieutenant Slaugther smart ass attitude! And I told him, “Listen to me! I don’t know “how”? And I don’t know “when”? But I’m going to expose you and your cover-up! I will NEVER stop talking about how the Los Angeles County Sheriff’s Department is standing 100% behind a fucking liar!” Slaugther then said to me, “Nancy you can do whatever you want, we really don’t care what you’ll do!”

Oh Wow! Well, what can I expect from a department that has been investigated by the FBI due to the “Power of the Penis Behavior” within the jail system? To the point to where not even the actual “Sheriff” knows what goes on inside his “own” department! It’s so embarrassing! And we’re supposed to “trust” these people??? Really??? Seriously??? HOW?!?!?!?!

Four years almost to the date, that I initially filled the complaint against Javier, I now know “how” and “when”. I’m exposing you and your cover-up! I told you that I will NEVER stop talking about how the Los Angeles County Sheriff’s Department is standing 100% behind a fucking liar. Today, I’m keeping my word! Let’s see if “your” department really doesn’t care about the things that I will do. Remember knowledge is power, and the truth can be a mighty powerful “light” to the dark sewer rats that choose to lie, cheat, and/or support those that do. 😉 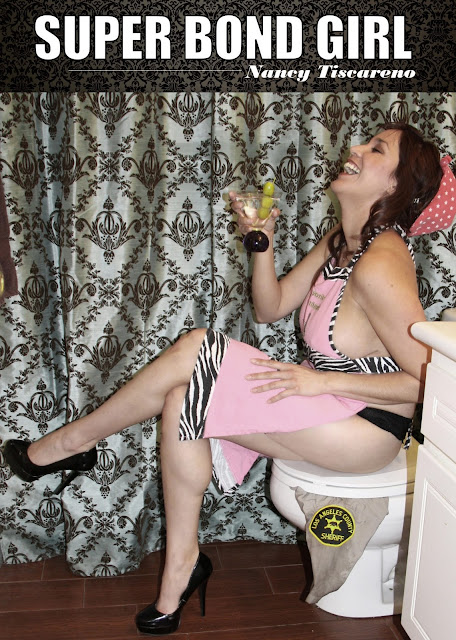