I went to visit a client of mine at the Men’s Central Jail in Downtown Los Angeles, CA. I walked into the visiting area and proceeded to check in with the deputy at the front desk. He asked me, “Is this a professional visit?” I responded, “Yes, I’m a Bail Bondsman”. He looked at me in shock. It looked as if his jaw had drop all the way to the floor after I said I was a Bondsman.  He then asked for my credentials and gave me a form to fill out.

The deputy was shocked and asked me, “You? You were in County Jail?” I replied, “Yes, I was. I’m a tough chick, man!” Most of the cops can’t get enough of my story of course. They refuse to believe that one of “their own” could stoop that low. He then asked, “Did you do it? Did you beat up your old man?” I answered, “Yes, I slapped him with my ‘boobs’ and then he called 911!” We both laughed! … I know! I’m bad… I smiled and said to him, “Well, it all worked out for me because I’m now a Bail Bondsman; I have authority, I’m in control and I have a career that I love!”  The deputy then told me, “So, you crossed over to the ‘Dark Side’” Oh this deputy was definitely a Star Wars fan. I told him, “The way I see it, I was in the “Dark Side” for many years and didn’t know it; but I’m definitely seeing clearly nowadays”. 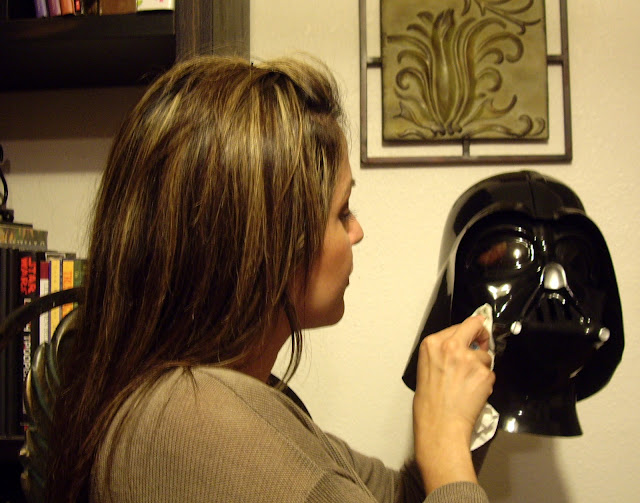