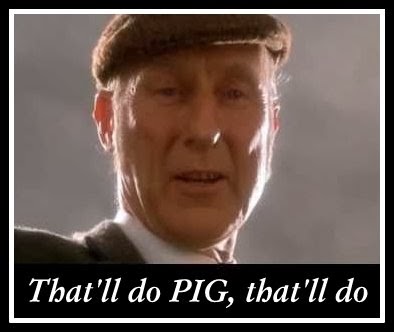 In Spain, St. Martin’s Day is the traditional day for slaughtering fattened pigs for the winter. This tradition has given way to the popular saying “A cada cerdo le llega su San Martín”, which translates as “Every pig has its St. Martin’s day” in English. The phrase is used to indicate that ‘wrongdoers’ eventually get their “punishment”. And, that’s exactly what is happening at the Los Angeles County Sheriff’s Department. The “pigs” are finally getting their comeuppance! 😉

Between 2003 and 2005, I remember being at a gathering with my ex-husband Javier’s family. Javier’s brother, Sergio Tiscareno, who is also a LA county deputy sheriff working at the Men’s Central Jail at the time; was talking about how him and two other deputies had gathered a few days before to discuss and get “their” stories straight about an inmate who “they” (the 3 deputies) had beaten and consequently broken his back while in custody. The deputies were in the middle of an investigation about the inmate’s beating; so, they gathered before to make sure their lies would match when testifying in court. Are you disgusted yet? I was! 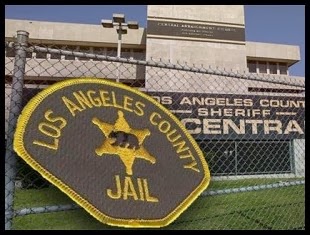 This conversation happened while I was still married to Javier. I was disgusted with Sergio’s story and after that gathering; I asked Javier to never talk to me about anything that had to do with the LA County Sheriff’s Department. Something that Javier held against me every single time we had an argument because he used to say that he couldn’t even talk to me about his job! Well, I didn’t want to hear about inmates getting beaten at the jail by asshole deputies! During the years that I was married to Javier, he told me enough! I know about the “CJ-10’s”, “salty deputies”, “deputies watching ‘porn’ during their shift” (people from Los Angeles county: you pay your taxes, so these “pigs” can “jerk off” while on duty), and the one that I like the most, “deputies hiding in closets or different rooms at the Men’s Central Jail to have sex with other deputies” ha! “Deputies committing suicide”, “deputies shooting each other”, etc., I honestly can’t wait to start blogging about all of this shit! 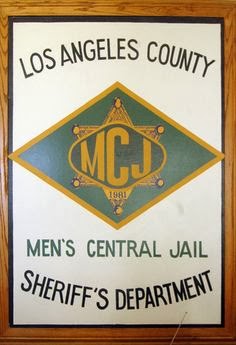 Now, let’s get back to the jail probe scandal and the FBI criminal investigation against the Sheriff’s department. Currently, “20” Los Angeles County deputies have been indicted for various criminal acts including, corruption, torture, cover-ups and intimidation of an “FBI agent”. Just in case you didn’t know, male deputies went to intimidate a “female” FBI agent! LASD-bullying at its finest! It doesn’t get any lower than that! But, that means that the Sheriff’s Department is really “shitting” in their pants with the current FBI investigation!

They are “shitting” in their pants so much, that due to the shame this scandal has brought to the LA County Sheriff’s Department, the Sheriff, Lee Baca (71), announced in a press conference January 7th that he won’t be seeking re-election for a 5th term (5th term? What a greedy faggot!) He also announced that he was going to retire at the end of January. That meant that he wasn’t even going to finish his current term! WOW! Ladies and Gentlemen, that’s a sign that the “shit” is starting to hit the fan, just saying! Hahahahahaha!! 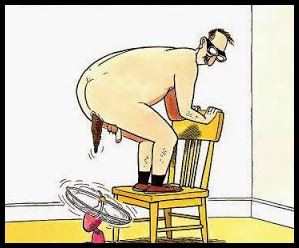 Lee Baca knows that the other LASD candidates are going to be “squealing” and “betraying” one another during the Sheriff’s race for the next few months. The “heat” was going to get too “intense” for the 71 year old grandpa to handle! Especially since the FBI is on their asses! How embarrassing! During the press conference, Baca was asked if he was afraid of facing criminal indictment as well. Lee Baca responded by saying, “I’m not afraid of reality. I’m only afraid of people who don’t tell the truth.” Ha! Welcome to the club, motherfucker! You only know that the deputies who have been already indicted during this corruption probe would be “singing” like “little birds” and “lying” to try to make a deal with the Feds! That means that there’s going to be name dropping and shit splattered all over the place at the sheriff’s department! What a fiasco! I LOVE IT!!! I’m just going to get my popcorn and enjoy the show for the next few months! 2014 is turning out to be pretty awesome for me! LOL! Once again, thank you FBI! 😉

During the press conference, Baca also said, “I think an oversight commission is important. We’re in the 21st century, and we want ‘transparency’; we want to be able to have the public’s ‘trust’” hahahahaha!!! What the fuck is this old timer smoking? He’s just now realizing he wants “transparency” and “trust”, on the day he announces his retirement? Uggghhh! Somebody slap this dude for me, please?! LOL! Douche bag!

And talking about the 21st century, I did notice that Chief Dave Fender wore a tie at this press conference. Good to know he’s reading my blog! LOL! But, it looks like this dude is stuck in the 70’s!!! What the fuck is he wearing?! Come on dude? Get at our level, man! LOL! Can someone at the sheriff’s department, please give me an address? So, I can send Chief Fender a “21st century tie”; I would be delighted to do that! Hahahahaha!!! He makes so much fucking money and can’t even buy a descent tie!

The Sheriff Lee Baca ended the press conference by reciting the LASD Core Values, “As a leader in the Los Angeles County Sheriff’s Department, I commit myself to honorably perform my duties with respect for the dignity of all people, integrity to do right and fight wrongs, wisdom to apply common sense and fairness in all I do and courage to stand against racism, sexism, anti-Semitism, homophobia and bigotry in all its forms.” This is the biggest bullshit I’ve ever heard! I guess it doesn’t say anything about “deputies” lying and sending their wives to jail, right? I tell you right now, my ex-husband Deputy Javier Tiscareno is NOT a “leader”, he’s not “honorable”, he doesn’t know the meaning of “respect”, he has not “integrity”, he lacks “wisdom”, he has no idea what “common sense” is; he’s not “fair” and he definitely has “NO COURAGE!” And the LA county sheriff’s department “stands” 100% behind this bastard! Ha! I think at this point we can all wipe our asses with these stupid “core values”

The primary Sheriff election is set for June 3 with a potential general election on Nov. 4. Currently there are 5 candidates from the LASD and one dude from Long Beach PD, and another one from LAPD. I personally think that the Los Angeles Sheriff’s Department needs to reach OUTSIDE of their own to find a new Sheriff! If they continue to keep hiring within, they will go on with the same corrupt way of thinking for years to come! I mean, how can you trust anyone at the Sheriff’s Department at this point? Who’s a good cop and who’s a bad cop? I think that the voters from Los Angeles County have the ability now to clean house once and for all! Remember, “The power of the people is stronger than the people in power” 😉

Mr. Baca left the LA county sheriff’s department “on his terms” January 30, 2014.  It’s too bad for Mr. Baca because instead of leaving his department with his head up high and proud, after years of service, he left quietly in “shame”! And I would “humbly” like to add, “That’ll do ‘PIG’, that’ll do” 😉