cover letter for it support engineer p&o mppt thesis spm essay directed writing format contoh curriculum vitae dalam bahasa melayu research paper about cyberbullying in the philippines pdf
Skip to content
I’ve been struggling about writing this entry blog because I knew I was going to get very emotional and perhaps cry while writing it. I’ve told myself so many times before that “crying” is a sign of weakness and that I shouldn’t show that emotion. But, I changed my mind and here it goes… 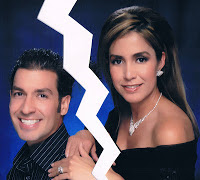 I know that some people in the Bail Industry here in Southern California don’t believe my story about how I started in the Bail Bond business. I know! I also wish that my story wasn’t true and I didn’t have to carry so much pain inside of me; yet, everything I’ve posted on my blog is true. I was married to a deputy sheriff and after 13 years of marriage, he sent me to jail accusing me of Domestic Violence. The sad thing about that is that he was the one who was “physically” abusive towards me. For many years I endured beatings. Yes! I said “beatings” that included: busted lips, bruises on my back and legs after he’d kick me, a black eye, I was even chocked once and another time my ear was bleeding after he’d thrown me against the vanity in the bathroom sink. I remember once he even threatened me with his 9mm Beretta (the same one he was supposed to use to protect the public with) that he was going to kill me and then kill himself. 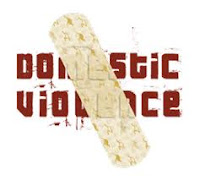 These abusive incidents happened on and off throughout our 13 years of marriage. Some of his family members knew about the abuse as well as some of our friends. Every time he lost his composure, he would blame me for his actions. It was my fault that he had slap me, he said. He either cried and apologized, promising to never hit me again, or the following day he would come home with a dozen roses and act like nothing ever happened. I was told by one of his fellow deputies that if I call the cops on him, that he was going to lose his job. I immediately thought, “Well, how am I supposed to support the kids?” I have 3 kids and I was a stay-at-home Mom for most of their life. I come from a Hispanic background where my grandparents and even my own parents have been married for decades. I stayed “unhappy” in this abusive relationship because I thought that eventually things would get better and that the “man” I’d married was going to change, but that never happened. 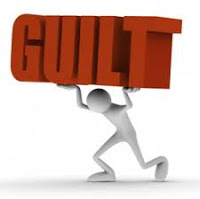 For many years I beat myself up for allowing him to abuse me. Why didn’t I do something about it? Why didn’t I call for help? I blamed myself.  The fear, shame and embarrassment were consuming me. It’s so easy to judge other people for their appearance or the way they carry themselves. But something I’ve learned in the Bail Bond industry is that you can never “judge a book by its cover”. You never know anyone else’s story; where they come from, the sacrifices that they have made for themselves or for their own families.

I spoke to my ex-husband Javier a couple of weeks ago in regards of our kids schedule, when all of the sudden, he began ranting about my blog. He said that I’m so stupid and that his coworkers at Twin Towers Correctional Facility had been laughing at me and about the things I write on my blog. I actually have to say that I’m flattered that the Los Angeles County Sheriff’s Deputies are reading my blog during their shift.  Remember, any “publicity” right now is “good” publicity for me, so thank you LASD!

Javier then asked me, “When are you going to get over it?! I sent you to jail, just deal with it! A lot of cops sent their wife’s to jail!” Javier is absolutely right about that! I’ve bailed out many cops and firemen wives out of jail. It’s ridiculous! What does that tell you about our so called “heroes”? It’s so easy for him to demand for me to “get over” things, right? He was not the one treated worse than a dog at the county jail; he was not the one who got molested by the arresting officer, Riverside Deputy Balderrama, when he was putting me in the patrol car and again at the the Jurupa Sheriff’s station. (I will write about this “douchebag” in another blog). He was not the one who was told by a family judge that he had “lost temporary custody of his kids”. No, he wasn’t…I was!!! I wanted to see my kids so badly but I couldn’t even talk to them due to the restraining order that Javier filed against me. I was the one left out in the street with no home, no money, no clothes, and most painfully…“no kids”.
I guess in a weird kind a way, I always wanted to hear Javier say, “I’m sorry I hurt you!” or “I’m sorry for what I put you through!” But…I finally came to the realization that I’m never going to hear those words from him. I’ve waited over three years to hear him say that; but, I guess I’ve only been torturing myself. I think that if I did something so horribly wrong to the person that I’ve promised: “I’ll be with you for better or for worse, in sickness and in health, for richer or for poor, until death do us apart” I would have remorse and I would find the “courage” to at least apologize for not only breaking my promise, but also for the way our marriage ended. But, that’s what “I” would do. Obviously it is not what Javier would do. 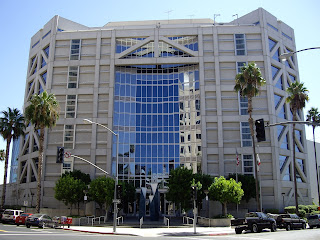 A couple of weeks ago, I met a very wise man. He told me that in a relationship I have control of only 50%. He agreed with me that it was going to be very hard to forgive Javier for what he did to me because he not only betrayed the mother of his kids; but, he also hurt his own children. I think the healing process for me has finally begun. What Javier did to me is “not” my fault! I had no control over his actions, only mine. Like I said before on a previous blog, I didn’t mourn the loss of a husband. Once I was in a jail cell at the Riverside County Jail, I realized that “any” feelings that I still had towards Javier died on that day. I never begged him for us to get back together, nor pleaded with him to reconsider. It was over!

The wise man also told me that he could tell that all the circumstances I’ve gone through are good things and that I’ve just started “living” my life. Gosh! I felt a punch on my stomach when he said that. It’s true! I just started LIVING!!! I’ve been on my own for three years now. It hasn’t been easy at all! In fact I don’t think I’ve ever worked as hard as I do now. I’ve met so many awesome people that at some point or another have either guided me or helped me to be a better person. I believe that I have greatness within me and I live in a beautiful country that is allowing me to leave my mark on this world. My main focus has always been my children and now I have added bail bonds as a secondary focus. I think that Bail Bonds have been my escape from my sorrow and pain. If I’m not spending time with my kids, I’m at the jail. Sometimes, I’m with my kids at the jail. Talking about having the best of both worlds! LOL!
I decided to share this story with you, not because I want you to feel sorry for me. Believe me, that is the last thing I want you to do! I want to inspire others that have suffered injustices to get motivated to do something about it and find their own greatness!  You never know what you are capable of doing! I sure didn’t know. My blog is now read by thousands of people all over the world. I started blogging just for fun, but the responses I’ve gone from my readers have been amazing! Many people have been able to either relate to my stories because something similar has happened to them; or they have found the courage to share with me their own survival story.
Three years ago, I was homeless due to my ex-husband’s actions. I raised my children and managed my household from one room a friend of mine let me used at her house while my divorce and child custody became final because I was never allowed to get back to the family home. A year later, I was able to rent my own apartment, but then I got fired from the bail bond company I was working for at the time. I’m so glad I got fired actually because the bail agents at that company are treated almost as slaves, over worked and under paid.
I’ve been an independent agent since last year and I do whatever I want! In fact, I think you’re reading about me now, because you’ve heard that I’m the one who walked around the Van Nuys jail in California wearing a pink bikini just to prove a point! I have no regrets about that, it has been one of the best things I’ve ever done!
I now live together with my children in a little house in an amazing family oriented town in California where my kids are very happy! We are all involved in our community. I’ve told myself so many times that I want to be successful, but the truth is, “I’m already successful” If you ask my children they will tell you that: “I’m their Super Hero” and that, to me means “success”. 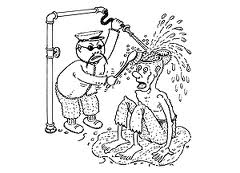 I know it’s going to be hard for you to believe what I just wrote on this blog, but let me assured you that I have proof of everything I talked about; otherwise, I wouldn’t write it. I think that at this point Javier could have taken me to court a long time ago and sued me for defamation or something to make me stop talking about this; but, he can’t do it because everything I’m saying it’s absolutely true and HE KNOWS IT!  Javier can “brain washed” the deputies at the Twin Towers Correctional Facility all he wants! Yet, the truth is the only thing that is consistent and I speak with the truth! I walk with my head up high in knowing that I’m leaving my children an amazing legacy of perseverance, good will, passion, hard work, love and family values and those are the only things that matter to me. 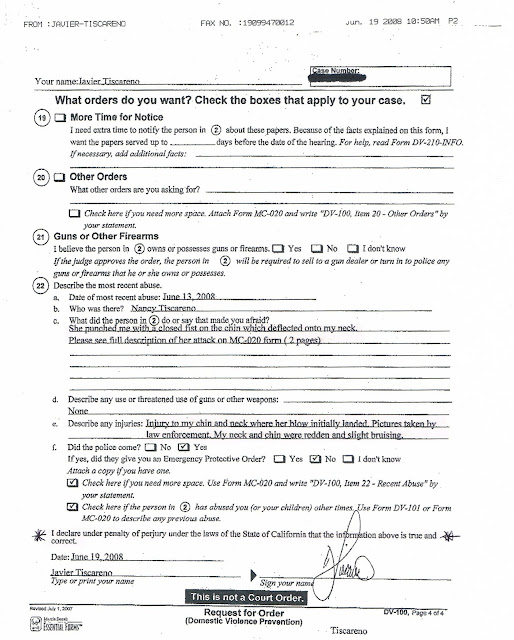 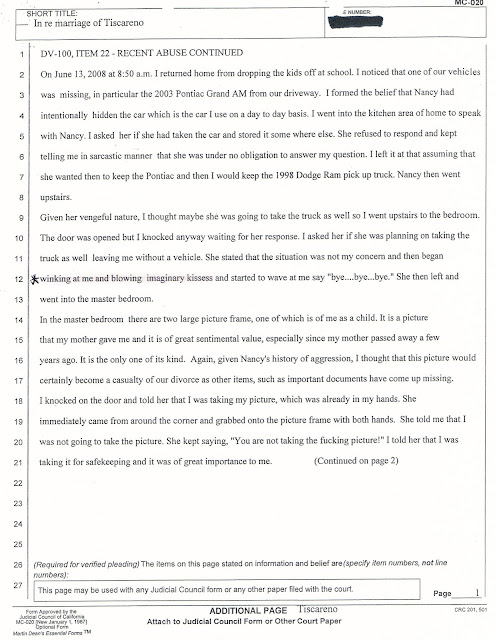 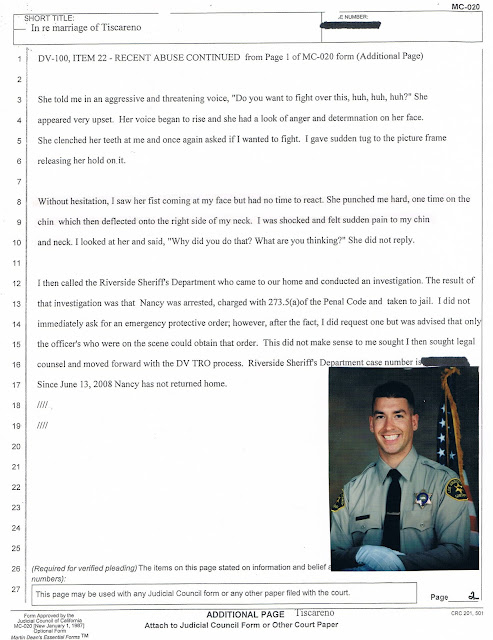