A few months ago, I went to visit a client of mine at the Los Angeles County Women’s Jail in Lynwood, CA.  This was my second time visiting someone at this facility. I arrived at the location and proceeded to check-in with the female deputies at the front desk. There were two female deputies sitting at the end of the desk and another one standing on the opposite side. I proceeded to the deputy who was standing and told her that I was a bail agent and that I was there to visit an inmate. She handed me a form to fill out and asked for my identification card and my bail license.

I noticed right away that this deputy was very pleasant and friendly. I’ve gone to so many jail facilities where the women cops are ruder than their male counterparts! Why is that? Anyway, I was still writing my information on the jail form when she asked me, “So? You’re not married?” I replied without hesitation, “No, I’m not” and continued to write my information on the jail form. I always wear a big ring on my left index finger. It’s obvious that I’m not married. So, when the deputy mentioned it; I didn’t think much of it.
She then said, “Wow, you are very beautiful! I’m surprised you are not married!” I was thinking, oh my goodness, she just complemented me, how sweet of her! I told her, “Thank you! You’re very kind, but right now I’m focusing on my business and I really don’t have the time to be in a relationship” (Which is the truth!).
As I handed the visiting form back to the deputy, she asked me, “Do you want to get coffee sometime? I would like to get to know you”. WHAT?!!!! My head was spinning! I was thinking, did she just ask me out??? Oh my goodness she did!!!! I stood right in front of her just looking at her! I felt my face getting super-hot! Oh man, I was blushing!!! I kept looking at her for a few more seconds; it sure felt like an eternity. She was tall and very beautiful Caucasian female with a thin build. Her blonde hair was tied up in a bun and she was wearing the L.A. County Sheriff’s Department uniform.
I finally got over the shock and asked her slowly in a very soft and low voice, “Are you asking me out on a date?” She said, “Yes, I am.” Wow!!! I didn’t know what to say? I smiled back at her and told her that I really appreciated her invitation, but that I’m straight and I that really like men. She was smiling at me the whole entire time. She then, wished me good luck in finding a good man because she could tell that I’m a good woman. Aww! Even though, I turned her down, she was very graceful and kind to me. We said goodbye; I left the front desk and went to visit my client and I didn’t see the deputy again.
Since then, I’ve been asked out on dates by two other female police officers from two different police agencies. I was surprised at first; obviously, I wasn’t used to having women asking me out. Heck! I’m still not used to men asking me out! What does that tell you? I’m flattered that both sexes find me attractive. Thank you! With that being said, I’m thinking that if by this time next year, I haven’t found a “good man”, I’m may just have  to go back to the women’s jail and look for the deputy girl! 😉 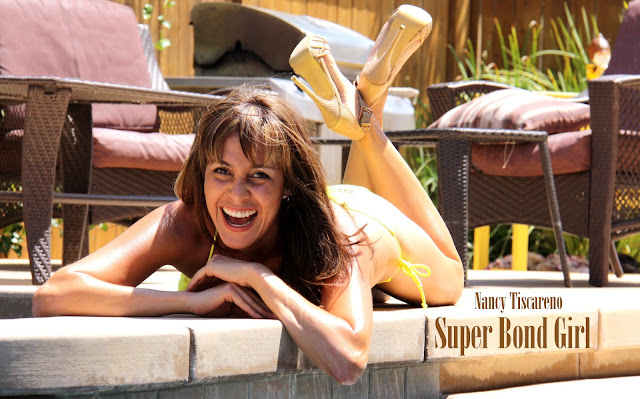