Skip to content
In February 2010, I got hired to work for a Bail Bonds company located across from the LAPD Van Nuys Sub-Station in Van Nuys, CA. At the time I was still very hurt from what I’d gone through with my ex-husband, so I didn’t talk to cops at all! I avoided them as much as possible. I didn’t make eye contact with anyone wearing a law enforcement uniform especially if it was from the Los Angeles Sheriff Department.  I didn’t want to talk to cops unless it was “completely” and “utterly” necessary. I was definitely suffering of an illness I liked to call “Cop-phobia”.
One day, I went to visit a potential client who was in custody at the Van Nuys Jail. I made the visit, talked to my client and as I was leaving the lobby station, an officer sitting at the front desk said “hi” to me and in a weird kind of way, we began having a conversation. I say weird because, again, at the time I didn’t talk to cops at all. I don’t know why I actually talked to a cop on this occasion. The conversation was about how busy I was on that day because I was going in and out of the jail, we talked about food, and we even talked about the neighborhood, random stuff! I remember that my mouth was moving responding and contributing to the conversation; but at the same time, my mind was telling me to shut up! “Nancy, stop talking to this dude! You don’t talk to cops!!!” I finally said goodbye to the officer and I went back to work.
The following day, I ran into the same LAPD Officer and his partner outside the Van Nuys Court. We said hi to each other again and had a little chat. We began talking about Facebook and how awesome is to connect with friends and family and that the only bad thing about it is that it can be addicting. We talked about what they were both doing at the court and all of the sudden; the Officer asked me what my last name was. I know my last name is very long and most people can even pronounced it nor spell it correctly for that matter, so I figured I’ll tell him because there was no way he was going to remember it. So, I said, “Tiscareno” or actually, the accented version of “Tiscareño” (lol, try to say that) He told me his last name too; but, of course I didn’t care at the time, so I didn’t even pay attention to him. We finished our conversation and said goodbye.
When I got home on the same evening, I checked my Facebook and I had a friend request and a message from a guy I didn’t know. The message read, “I got your last name from the jail visiting log book, it was too hard to remember it” I was like, “NOOOOOO!!! When am I going to keep my mouth shut!!!?”  I was debating on what to do next; do I accept him as a friend or just delete his request? Finally I decided to delete his friend request and I went to bed.
The following day when I checked my Facebook, I had a second message from the same LAPD Officer wishing me a good day. It was a sweet message actually, so I responded. From that point on, we began writing to each other through Facebook without being friends on Facebook. I didn’t accept his friend request so he couldn’t see the information on my profile and I couldn’t see his. We couldn’t write on each other walls or comment on each other’s pictures. Instead, we wrote to each other on a daily bases for many weeks! We wrote about family issues, political matters, religion, law enforcement stuff, food, shopping, kids, etc. It got to the point where I was looking forward to go home and see what he had wrote to me about on that day.
One day he asked if he could have my cell phone number and I gave it to him. Shortly thereafter, he asked if we could have lunch together and I said yes. The first time we met up was for a quick bite at a fast food Chinese Restaurant in Van Nuys and we had a great lunch. I had talked to his guy for so many weeks via messages that I felt like I could trust him.
He began to text me early every morning wishing me a good day. I think his shift started at 6am so every time I woke up I already had a very sweet text from him on my phone. I thought it was a very nice and thoughtful thing to do, which meant that every morning he was thinking of me. We had pet names for each other and even had our own inside jokes. I finally accepted his friend request on Facebook and we made comments on each other’s photo albums and posted songs.
I noticed that he was close to his parents, and I thought that was very cute. He was always taking them out to eat or going places to visit. He had learned my kid’s names and ages even though he hadn’t physically met them. Since he was a teacher before becoming a police officer, he had really good advice about parenting skills and educational matters. He was definitely growing on me. I was conflicted about giving this guy a chance because of my previous experience with my ex-husband. At the time, I’d told myself that all cops were bad; yet, had I found a good one all of a sudden?  I wasn’t quite sure on what to do next. 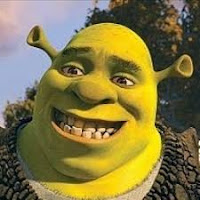 So I talked to my friend Mayra about it, she was working with me at the same Bail Bond company at the time. She knew exactly who I was talking about. I told her all the nice things the officer was doing for me and she said, “Nancy you’ve found ‘your’ Shrek!” Oh man! I couldn’t stop laughing after she said that! She called him “Shrek” because this guy was not what most would call a good looking guy; and he was a bit overweight. I think he said he was 36; had never been married and had no children of his own. But even though he was rough around the edges, I could see that he had a nice heart. Looks can be deceiving and are not important to me. In fact, I was married to a guy who is a very good looking guy, but treated me like crap! There are some people who look “beautiful” on the outside, but they are very “nasty” in the inside. So, I decided to give LAPD Officer “Shrek” a chance.

We went out on a few more fast food lunches around the Van Nuys area during our work days. And finally one weekend we decided to go out to dinner and a movie. I asked him if he had ever gone to Lucille’s Smokehouse Bar-B-Que and he replied that he hadn’t.  I love Lucille’s!!! This restaurant has the best barbeque ever!!! So he had to try it! We met up at the restaurant and got a table. We ordered our dinner and had a good conversation. At some point, he just started talking to me about money and how hard life is. He then proceeded to tell me that he lives with his parents at his parent’s house because he was saving money to buy his own house. Really?!?! By 36, he hadn’t ever left home? Suddenly, it hit me and I thought, “Oh no! I was dating one of those guys…the “parasite” type”.
I’m sorry but if you are over 30 years old and never left home and still live Mommy and Daddy, under “their” roof, then there is definitely something wrong with you! Maybe it’s because I’ve been on my own since I was 19; I find it terrible wrong and disgusting that a “man” never left home and still lives with Mom and Dad. Especially, when he has a full time good paying job, with a nice retirement, good health benefits, and with some extra time to even get another little side job to generate perhaps even more income. If I can do it, why can he? Let’s be honest a cop in L.A. can make upwards of $100K per year!
At this point, I was still enjoying dinner and thinking what to do next. The waitress brought the bill and naturally she put on the table towards his area. Officer Shrek grabbed the bill and after seeing it, he asked me to pay for half of the bill. I thought he was kidding at first, so I laughed about it. He then said that women and men are equals and that they should pay for everything half and half. Wait! HOLD THE PHONE! He had been paying for the other little cheap fast food lunches we had, and he never mentioned anything about being equals or asked me to pay for my meal! Don’t get me wrong, I’ve paid for drinks, dinner, movies, gifts, even hotel rooms for “My Man” when it’s official that I have a “Man”. Not when I’m just dating and getting to know someone!

I was so pissed about this! I pulled out my credit card and basically paid for my own meal. I’m an independent woman, so I wasn’t going to cry about $30 or $40. In fact, I even thought about paying for the whole bill myself; just to show him that I didn’t need him, but why treat him to anything!?!? LAPD Officer Shrek is a “parasite”, a 36 year old, who is sucking the life out of his parents via their bank account, living rent free, eating whatever his “mommy” makes, no major bills to pay, no kids to feed! Unbelievable! No wonder he’s never been married!

I deleted him and blocked him from my friends on Facebook. On my cell phone he is under “NEVER talk to this douche” just in case he ever dares to call me. I have met so many men over 30 who never left home and still live with their Mom and Dad! It’s disgusting! I wish LAPD Officer Shrek good luck! And I hope I never EVER see him again! In the end, it turns out he wasn’t like Shrek at all…well, except for the fact that he was truly an OGRE! I would like to add, that since LAPD Officer Shrek, I’ve gone on dates with a few “YOUNGER” police officers who have treated me with lots of respect, kindness and thoughtfulness. So Good Job to the younger officers! 😉
P.S.
I’d like to point out that what I find disgusting are those people (men especially) that have NEVER left home to even TRY being an adult!  I know that in today’s economy, it has been necessary for families to merge households, and I in no way mean to attack those that have lost so much in these economic times.  However, if you are one of those parasites that have sat back and lived under mommy and daddy’s roof and not even attempted to live life on your own, then you are, in my opinion…disgusting.  I feel comfortable in making this assessment since I had to leave home and start life on my own not once but TWICE…the second time with my kids in tow.  Again, if I can do it (twice, even)…why can’t the parasitic ogre’s like LAPD Officer Shrek do it?  And this “man” is a cop too!?!?!  Aren’t they supposed to be “responsible” citizens?  Ugh… 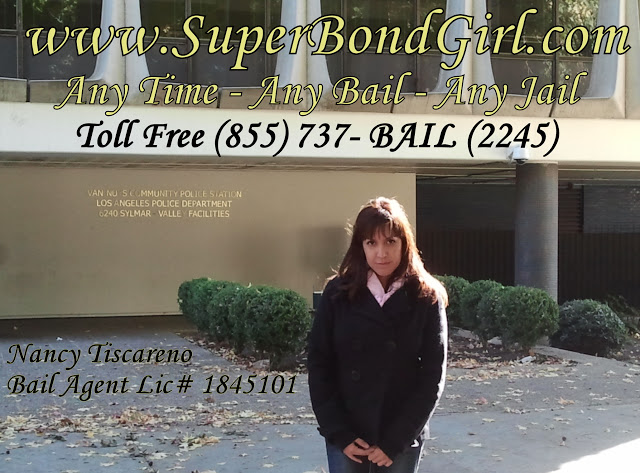