Skip to content
I was pulling into my driveway, coming back home from a long day of hustling in the Van Nuys area; when, I received a text from my friend Mayra that read: “Do you know what happened today with the LA County Sheriff’s Department?” I replied, “No, what happened?” Mayra text me back: “18 deputies were arrested today. The FBI got them, Twin Towers and MCJ. Watch the news” OH MY GOD!!!! I ran inside the house and I immediately went to the computer and searched for the news on the net!
I hate to tell you, “I told you so”. But, I TOLD YOU SO!!!! The Los Angeles County Sheriff’s Department equals: CORRUPTION, CORRUPTION AND MORE CORRUPTION!!! Don’t ever trust those fools!
I was super happy when I read the news that 18 deputies were arrested by the FBI! OK! Let me say that again, the FBI is on the “Pigs”! Woohoo!!! I was dancing and jumping for joy! I couldn’t contain myself!!! The news of the arrests came just one day before my 40th Birthday! Aww! How thoughtful! What a great Birthday present! Thank you FBI! 😉
Why do I hate the LA County Sheriff’s Department so much, you may ask? Well, if you are new to my blog, you got to know that my ex-husband Javier Tiscareno is a Deputy Sheriff for the same department. Javier has worked for the department since 1997.  And Javier also works at the Twin Towers Correctional Facility, where some of those deputies were arrested by the FBI. During our divorce back in 2008, Javier hit himself on the neck; he called the cops on me (a stay-at-home Mom at the time) claiming “he” was the victim of “Domestic Violence” and due to Javier lies and “manipulation of the Law” I was the one who was taken into custody on suspicion of a crime I did not commit!
Towards the end of our marriage; perhaps in 2007, a year before we finally decided to get divorced, Javier did nothing but threaten to take my kids away (He knows that my kids are my world!). He would tell me constantly, “I know how to manipulate the truth” or “I’m the law! Nobody is going to believe you!” And he was right! He did “manipulate” the truth and I ended up in jail in 2008. Not to mention, with a restraining order “he” filed against me and I wasn’t allowed to see nor talk to my kids. I was outraged that Javier was able to get away with so much shit! So, I called the Los Angeles County Sheriff’s Department (his employer) and filled a complaint against Javier. “Supposedly” the Sheriff’s Department started an investigation; but, “they” didn’t notify me of the outcome until I called them almost a year after I filed my claim (2009). The asshole Watch Commander that I spoke to at the time, Lieutenant Slaugther, told me: “Look Nancy! It’s too bad that you went to jail! But, we’re not going to do anything against ‘our’ deputy! We stand 100% behind ‘our’ deputy!” (Oh! No! He didn’t!) I wonder if “they” still stand 100% behind “their” deputy, now that I’m busting their balls…

I was outraged by Lieutenant Slaugther’s smart ass attitude! And I told him, “Listen to me! I don’t know ‘how’? And I don’t know ‘when’? But, I’m going to expose you and your cover-up! I will NEVER stop talking about how the Los Angeles County Sheriff’s Department is standing 100% behind a fucking liar!” Slaugther then said to me, “Nancy, you can do whatever you want! We really don’t care what you’ll do”. Hahahahahaha!!!! But, that’s NOT what I keep hearing! Payback is a bitch, motherfuckers! Javier was almost “crying” about my “provocative” marketing last October when we were in Family Court! I know of some “brass-dudes” (“brass” meaning higher in rank) at the Sheriff’s Department who are “pucker-butts” right now, due to the things I write!  But, ask me if I give a shit? Come on, somebody ask me, if I give a shit! The LASD told me, “I can do whatever I want! They really don’t care what I’ll do” And I’m doing: WHATEVER I WANT! 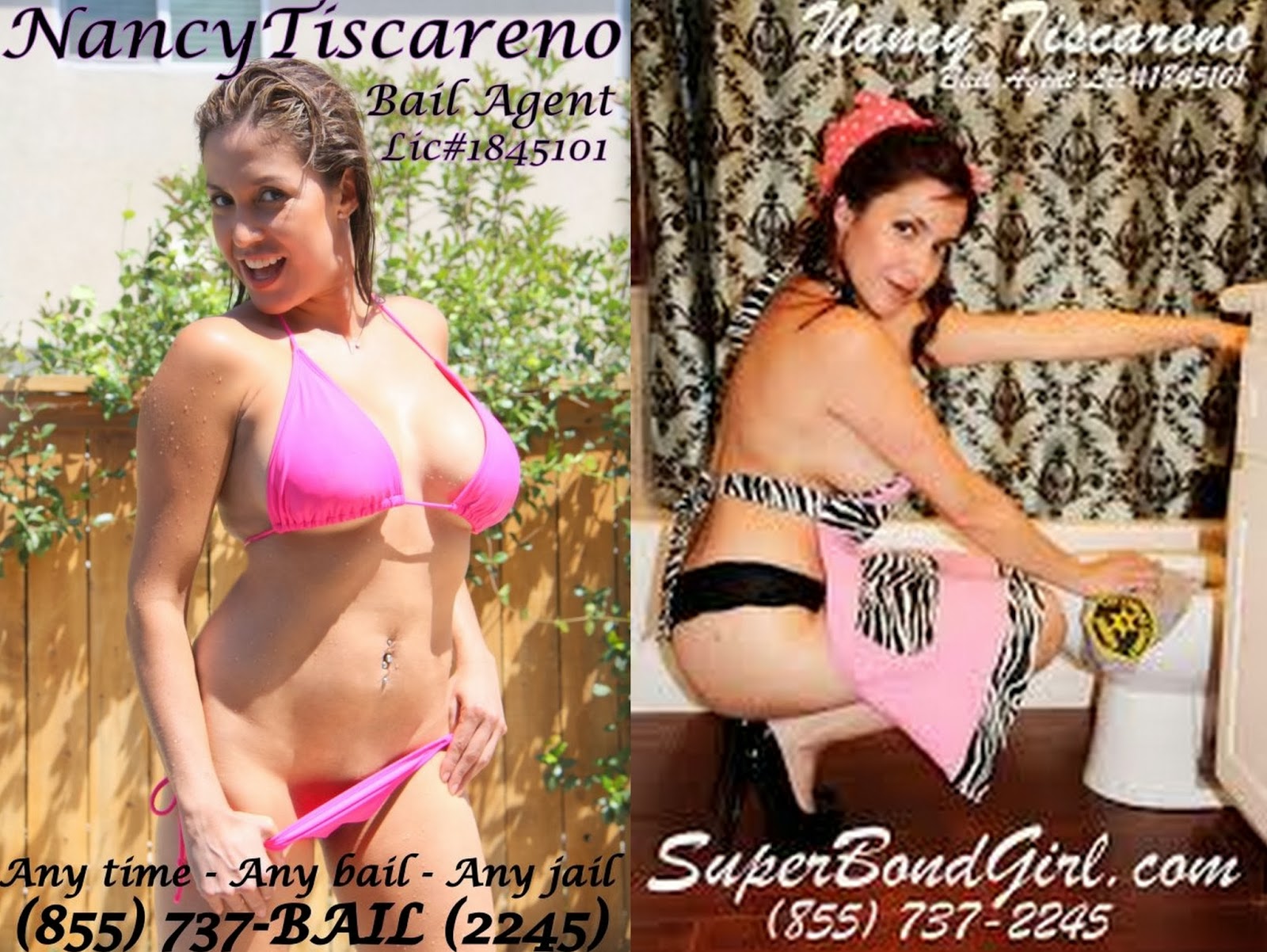 Back in 2008, I was just a “civilian”, someone with no power, no rights, a complete “nobody” to the Los Angeles County Sheriff’s Department. But now, I’m a bail bonds agent. I’m sure that plenty of LA County Deputy Sheriffs have jerked off to my Hot Pink Bikini picture, or perhaps even to the one where I’m cleaning the toilet with “their” own uniform! LMAO!!!!! (I’m glad I can help them release some stress!) LMAO!!!! When I call the LA county jail for bail information, “the deputies” know who I AM! Last year, I had to call Javier at the Twin Towers jail. I asked to speak to “Deputy Tiscareno”, and the Deputy who answered the phone asked me, “May I ask who is calling?” I said to her, “I’m the one who controls ‘his’ balls!” and she immediately transferred me to Javier! LMAO!!!! A friend of mine was with me at the time of this call, and we laughed our asses off the whole morning! Hey! The LASD said I can do whatever I want, right? 😛 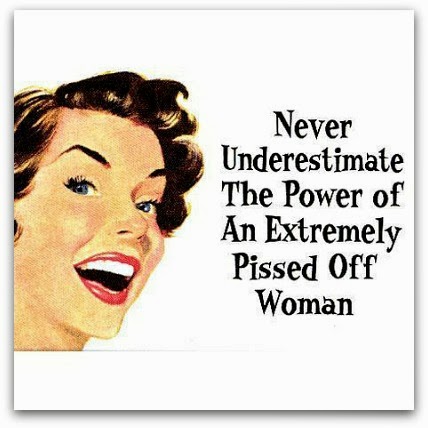 It’s a “personal” issue between the LA County Sheriff’s Department and me! You would notice that I call them “PIGS”; but, I only do that to the “Los Angeles County Deputy Sheriff’s”. I don’t do that to any other police entity! Plus, the “personal” issues I have with the sheriff’s department are awesome for my bail bond marketing because I’m the “ONLY” bail bonds agent who can do that! 😉
OK, now let’s go back to the deputies arrested in the jail abuse probe. 18 deputies

were indicted December 9th, 2013 for crimes including “unjustified” beatings of jail inmates and visitors, “unjustified” detentions and conspiracy to obstruct the FBI’s investigation. During a press conference, U.S. Atty. Andre Birotte Jr. said, “Some members of the Sheriff’s Department considered themselves to be above the law.” I was able to relate to that statement; since, Javier used to tell me that “he” was the “law”.  Obviously, the majority of the deputies at the LASD think that “they are the law”. That’s why the same U.S. Attorney said that, “Those incidents did not take place in a vacuum — in fact, they demonstrated behavior that had become institutionalized”, that means that the deputies are being trained to lie, and to “cover-up” for each other. Oh man! I’m so good! I’ve been blogging about the corruption in the LA County Sheriff’s Department since 2011 and I’m NOT AN FBI AGENT! I think the FBI should hire me at this point! LOL! The next Miss Congeniality? 😉

The LA County Sheriff’s Department also held their own press conference on December 9th. The Sheriff Lee Baca was talking; but, you could tell by the look on his face that he was thinking,“Fuck! We’re fucking fucked this time!” hahahahaha!!!! … And, can someone at the sheriff’s department tell Chief David Fender to wear a tie next time he’s on TV? He looks sloppy next to the other fools! Let him know that it bothers me, thank you! LOL!

I really hope that justice will be served for all the victims in this case. And that the Sheriff’s Department can begin some kind of reform within. As for me, it’s too late for the department to apologize. Instead, I’m going to continue with my “provocative” marketing ideas and keep having fun busting their balls! LOL!
“Hell hath no fury like a woman scorned” 😉 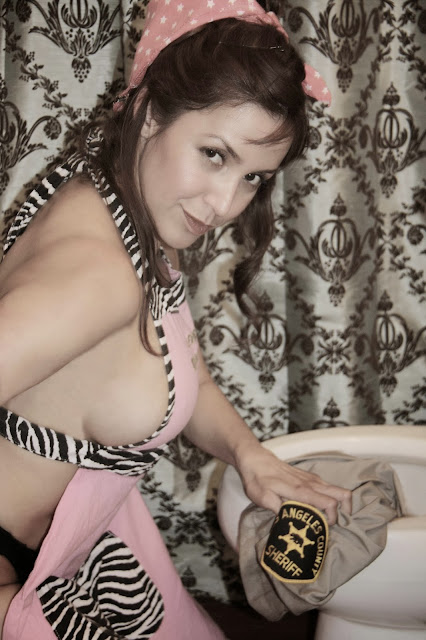