Skip to content
In early July 2012, I received an email from a gentleman named David, informing me that he had come across my website in a very peculiar way…through an online dating site.

David proceeded to tell me that he has a profile on a dating site named Mingle2.com and that a woman had contacted him. After seeing her profile pictures he said he was definitely interested. So he began to exchange emails with her. The woman had told him that her name was Alice Ryan.

Then he noticed that in one of the woman’s pictures, she was wearing a t-shirt that read: www.superbondgirl.com . Curious, David proceeded to check out the site where David was surprised to find out that the woman in the pictures was not Alice, but actually me. He realized then, that he was in the middle of an internet dating scam.

David emailed me and gave me all the information that I needed to get in contact with the people at Mingle2.com and let them know about the fraudulent activity, so they could correct it. I have to say that at the time, I was beyond upset that someone was using my images to lure vulnerable men who are looking for a mate, just to take advantage of them! I think that’s disgusting and disturbing!

Not too long ago, I watched an episode on 20/20 (one of my favorite shows of all time), where they were explaining how many people in the US had been scammed of thousands of dollars via dating sites by individuals in other countries using fraudulent accounts. I thought to myself, “How sad is that? These people were looking for love, just to find out thousands of dollars later, that they have been had”. I never imagined, even in my strangest dreams, that I would be a victim of identity fraud and be caught up in this online dating mess! 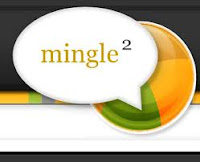 I contacted Mingle2.com and they replied to my email right away. They stated that they had located the fraudulent account and deactivated it. They informed me that they were able to track the Alice Ryan account all the way to West Africa. Wow! West Africa?!?!?! Uuugghh! I really wanted to meet Alice Ryan; just so I could kick her ass! But, I’m not going to West Africa to meet with anyone! After getting a response from Mingle2.com, I was at peace and I hoped that the issue with my photos being used in online dating scams was over.

The following week, I received a message via Facebook from one of my “friends” and he asked me, “Nancy, I just saw you on Ashley Madison’s page, is that true?” I was like, “What the hell is Ashley Madison?” I then Googled Ashley Madison…and oh my goodness!!! Ashley Madison is a dating site that encourages people to cheat on their spouses! I didn’t know that! How gross?!?!?! I asked my friend (since he’s a member) to tell me the profile’s name with my photo, and I wasn’t that shocked when he told me, “Alice Ryan”.

But this situation was different than the first, and I was devastated! Especially since it was all out of my hands and I had no control over it! I don’t want any association with any site that encourages “affairs”. Having an affair is just a way to hurt a third person, which is usually the unsuspecting husband or wife. If you’re not happy in your marriage and you think you can find a better person out there or if it’s just a thrill for you, then don’t stay married! Don’t make the person that you have promised to love and honor for the rest of your life SUFFER!!!!

I know what it feels to be in a marriage where you can’t trust your spouse. Why? Because I lived it!!! It’s a horrible feeling knowing that your husband is running to the kitchen to answer a 3AM phone call on his cell phone when it his day off! Only to have him come back to bed just to tell you the lame excuse that “his” partner had forgotten that he wasn’t working on that day. Really? If they work together, how is the partner going to forget?! 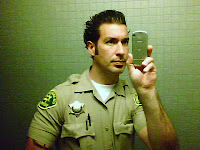 In 2004, I was able to track down a woman that my husband at the time was “talking to”. I then confronted Javier about her and he assured me that “nothing” had gone on between them and that “they only talked”. However, I happened to find out just recently this year that Mr. Javier not only cheated on me with her, but he also took pictures of the sexual acts with this woman! And it was my kids that told me, because they came across these pictures!!! My youngest daughter Sabrina was crying when she told me how disturbing it was for her to see her Dad in sexually explicit photos! How awful for my kids to see that! And what an asshole Javier is!

You see, this can be how other people get hurt by your actions when you start affairs and sleep around when you’re still married…when you commit adultery! Now, if you’re not committed to anyone, you can do whatever you want, but if you’re married and planning on having an affair or actually having one; please have the “courage” to end the marriage first. That way, you can go on with your life and have all the fun you want without hurting other people!

Anyway, I got in contact with “Ashley Madison”. I sent them an email reporting the fraudulent account under Alice Ryan and explaining my whole situation. They responded a day later, but they were not as nice as the people from Mingle2.com.  While Ashley Madison removed my picture, they only warned the account holder not to do that type of thing again. They also told me that they can’t keep track of the accounts using other people’s pictures because they have so many members. They have so many members on a dating site that encourages affairs? That’s so sad!

For those of you who are looking for love on dating sites, I really hope you find what you’re looking for! Just be very careful of those you talk to, especially if the person that you’re interested in is asking you to wire money to her/his bank account and you haven’t physically met her/him yet. That should be a red flag!

Now just to clarify, I’m not currently on any dating site, but I’m not going to deny that I’ve tried them a couple of times in the past. Online dating it’s definitely not for me. I much rather leave such a special encounter to chance and let destiny take its course.  You see, I know that when the time is right; the right man will come and be part of my life.
Nancy Tiscareno – Super Bond Girl
www.SuperBondGirl.com