So…there I was sitting at my desk, working from my home office the afternoon of January 17, 2012, when I received an email on my cell phone. Not thinking much of it, I grabbed the phone like I have a thousand times before and opened the email and on the subject line it read: “Anderson Cooper Talk Show”. That caught my interest, so I proceeded to the email and it said:
“Hey Nancy!
I saw your web site- we may be doing a fun segment on Anderson Cooper’s talk show about bail bond women- would you be interested? Where do you live? Would you be available to come to NYC next week? Probably on Monday, and returning Tuesday? Look forward to talking to you!”
I stood up instantly and read the email a second time! At this point I could feel my heart racing! My daughter Rio and her best friend Alexsa had just come home from school and they were both sitting at the dining table eating a snack. I looked at them, but I couldn’t speak! So, I did the most natural thing a woman would do in this kind of situation…I BEGAN SCREAMING!!!! Lol!!! The look on their faces was priceless; one of those moments where you wish there was a camera crew following you around all the time (*hint* *hint*). They looked at me in such a state of shock! As if they were both saying, “What the hell is the matter with this crazy lady now?” I continued to scream. Who knows for how long? But, it felt like an eternity! 😉 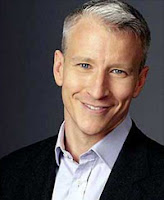 I was finally able to calm down from the adrenaline rush I’d felt and asked both girls, “Do you guys know who Anderson Cooper is?!!!” They both replied, “No” (Man! What the heck is the matter with our youth?) So, I said to both of them, “It’s okay, you might not know him by name; but, I know you’ve seen him on TV!” Then we went back to my computer desk and Googled Anderson Cooper images; and voilà! There he was! The handsome and gorgeous Mr. Anderson Cooper!
My daughter Rio then said, “I’ve seen him, he’s the news guy” I said, “Yes, he has a talk show now; and they want ‘ME’ to come out and be on his show!!!” After I said that, I began screaming again! But this time I totally lost my cool! I was screaming, crying and jumping up and down all at the same time! Seriously!!! Where’s a camera crew when you need one?! (Really, where’s my camera crew already…I’m ready for my own TV show! Lol!!!) Wow! The little girls from “Toddlers and Tiaras” have nothing on me!  And I didn’t even drink “Go-Go Juice” hahahahaaha!!!

It took me around 15 minutes to actually calm myself down! I finally replied to the email and the show producer replied to me stating that she would call me the following day. As you can imagine, I was not able to sleep at all on that night.

The following morning I was able to speak to the show producer. She basically interviewed me over the phone. She then said that they were still working on the details for the segment and that hopefully by the end of the day, she would have a confirmation for me. From this point on, the hours seem to go by so slow. Every time my phone rang, my heart would skip a beat. Seriously, I was beginning to feel really nervous. Then, I finally got an email from the producer in the late afternoon, stating that she still didn’t have an answer for me. So, I needed to wait until the following day. And once again, I was not able to sleep at all for a second night.
I woke up on Thursday the 19th and at this point my heart was beating so fast! My hands were shaking and I couldn’t concentrate on anything else other than the Anderson Cooper talk show.  I wasn’t told much about the show, but since I had nothing but time; I came up with my own conclusions, “Maybe they want to have several female bail agents on the show? Or perhaps they are going to play a game, East Coast Bail agents versus the West Coast Bail agents?” LOL!!! (I love my imagination!) At this point my anxiety level had surpassed what my poor little body could handle. My children and my parents were the only ones who knew about my possible trip to NYC. I wasn’t able to deal with the anxiety anymore, so I called my sister and told her what was happening.
My sister Sofia was so excited for me. We talked about the possibilities this could bring for me and my business. But then we went back four years prior, when everything seemed so dark, when I was lost, confused and scared, facing possible felony charges for a crime I did not committed. She then said, “You have come such a long way ‘sis’, you’ve worked so hard to get to this point! Whatever happens, if you get to be on the show or not, I’m so very proud of you” (Aww, I love you Sofia!) I finished talking to my sister. Then, I tried to distract myself with chores and catching up on some paperwork. Then it happened…I finally received the confirmation email: “We got the green light Nancy! Please send us your information, so we can book your flight. It’s going to be fun!”
After reading the email, I screamed so loud (louder than before even); and then I began to cry. At that moment I kneeled down and thanked God for all the trials I’ve gone through, for those moments where I needed to be tested about my strength, my ability to survive, and my faith. But overall I was so thankful because I was finally going to be able to write the final chapter of the nasty story of how I became a bail bond agent. I finally had the happy ending I was longing for to write in my book.

Then I called my sister and as soon as she answered the phone I yelled, “I’m going to New York! I’m going to New York!” She didn’t say anything at first, but I could hear her crying over the phone. This was definitely larger than life for both of us.  I was born in Guatemala, a third world country in Central America. I came to the U.S. when I was 16 years old and at the time I didn’t speak English. My first year of High School was tough! And now, almost twenty something years later, I was going to be on TV in NYC…on the Anderson Cooper talk show?!… Wow!

By Friday morning, I had all my travel information, confirmation numbers and a copy of my itinerary with contact numbers to notify the show producers of my arrival in New York City on Monday January 23th. The weekend went by so fast, I was so excited and obviously didn’t sleep very much. My parents came and stayed at my house on Sunday to care for my kids while I was going to be gone.

On Monday January 23th, I left my house at 3:30am and I drove to Los Angeles International Airport. I parked my car and then I checked in at the American Airlines Terminal. I requested to have an early flight because, having never been to NYC before, I wanted to check out the Big Apple and do a little shopping before the show.

I boarded the plane, found my seat and couldn’t wait to sleep during the whole five hour flight to New York. My flight left Los Angeles at 7am but, since I had not slept well for five days prior to this trip, it was very easy for me to sleep the whole entire time. I woke up about 10 minutes before landing at John F. Kennedy International Airport in New York. It was definitely the fastest flight ever! I closed my eyes in Los Angeles; and when I opened them again, I was landing in New York! Nice!
Once the plane landed, I proceeded to walk to the baggage claim area. I already knew that someone was going to pick me up at the airport, so I was not rushing at all. As soon as I began walking around JFK airport, I began taking as many pictures as I could, because I knew that I was going to be writing about my NYC Adventure on my blog. 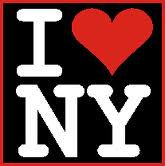 Just before getting to the baggage claim area, I received a phone call from a man who identified himself as Frank. He told me that he was my “driver” and that he was already waiting for me at the baggage claim, holding a sign with my name on it. I was so happy when he said that! I told him that I was wearing a red jacket and apparently I was the only one because everyone else was wearing black.
Finally, I got to the baggage claim and I spotted my luggage at the conveyor belt. I grabbed it. Right after doing that I saw my driver Frank. He was smiling at me holding a sign bearing my name. I was so happy to see him that I walked towards him and I gave him the biggest hug! I introduced myself and then he took my luggage and we both walked towards the parking lot to get the car. Then…
Well, you’ll have to come back and read the next chapter of my blog to find out! I can’t wait to share! 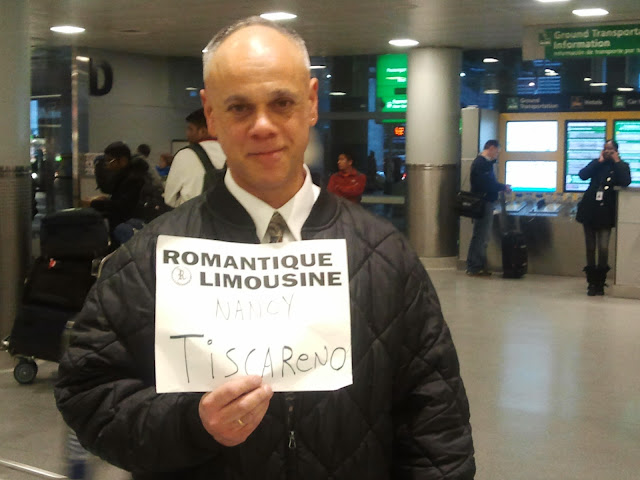 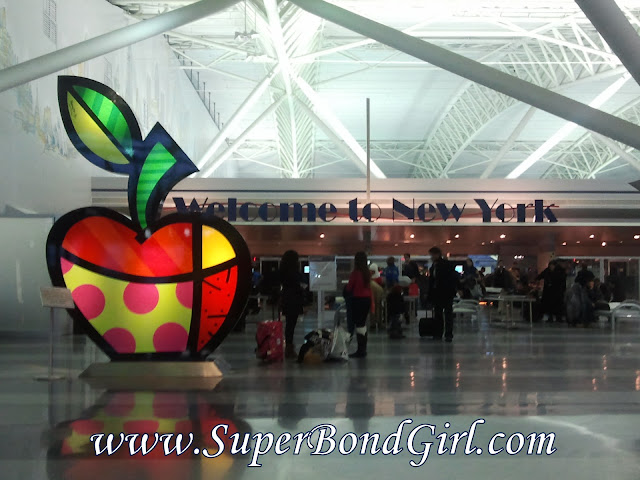