Skip to content
2013 has been a very interesting year for me! It has been just like the lyrics from the Frank Sinatra song “That’s life”:  “I’ve been up and down and over and out!” 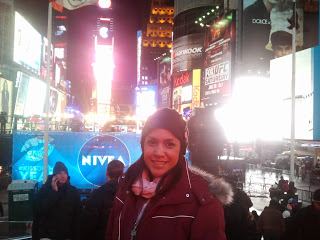 I started 2013 in Times Square, New York City! It was an amazing experience for me to receive the brand new year surrounded by thousands of people from all over the world! I’m always looking for adventure! And my last trip to New York didn’t disappoint me at all! 😉

In December 2012, just before leaving to NYC, I had suffered a major financial setback in my career, and the fact that I got sick with bronchitis in November, didn’t help at all! Quite honestly, I didn’t feel like going on vacation anymore.  But, I had already paid for the whole trip, so I decided to go to New York anyway and forget about my problems at least for a week.
In New York something magical happened to me! I was in my hotel room getting ready to “Paint the Town Red” on New Year’s Eve, when my phone began beeping with email notifications. Every single time my phone beeped it was to let me know that I had a new subscriber on my YouTube channel. All those subscribers were coming from a “How to” Fleece blanket video I made in September 2012. (First of all, I just want to say that I love sewing! Sewing is a passion of mine!) I thought, “Wow! That’s awesome!” then, women began to post comments on my video and I got a great feedback!
My mind began to run wild right there and then! I grabbed a note pad and I began to brainstorm so many new ideas. I think about a thousand different things a day! So, my list was getting pretty long at this point! Gosh, I was getting so excited!
When I came back from vacation I had so many ideas for different projects and I couldn’t wait to get started! And that’s when I hit a wall! How am I going to get all these projects started?! How do I divide them? What do I name them? Who do I want to target? And so forth… Uuughhh!  It was so frustrating!!!! 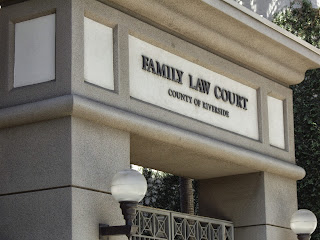 I then realized that to be able to accomplish these projects I was going to need more time to work on my own. At the time I had 70% custody of my kids. My kids are teenagers now and they understand me. So, I called my ex-husband Javier in early January, and proposed to split our children’s custody to 50/50 as soon as possible. Javier gave me all kinds of excuses of why he couldn’t do it; but, eventually he came around and agreed to split custody with me. The problem began when we talked about “money” and we couldn’t agree. So, I had no choice and went back to family court to get this issue resolve once and for all! I figured it would be a simple process. In April the custody issue was resolved; but the money issue? Not even close! Javier ended up hiring an attorney the same month, which ended up delaying our case even more. I’m representing myself. I guess for Javier it’s easier to give his money away to a complete stranger. Hey, that’s his prerogative! Making a long story short, we won’t have a resolution to the money issue until October 15th, when Javier and I go to trial. Yes! I said October 15th! “Ten months” after I initially spoke to him about splitting custody!
In February, I began dating a guy who went to my high school and graduated the same year I did. (He wasn’t even my type, but I figured I’ll give him a chance anyway). I tried to make things work with him; but, once he began telling me about my limitations and the things that I should and shouldn’t do, I told him in a Donald Trump’s voice: “You’re fired!” LOL! 😛 I think I wasted three months of time; time, that I should have used to work on my projects instead of wasting it on someone who was not worth it! 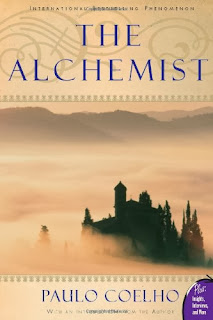 Last year, I read Paulo Coelho “The Alchemist” and I think that book changed the way I feel about taking chances and I realized that there are constant signs from the universe that manifest to all of us. We just have to be ready to see them. I also learned that some of us are looking to fulfill our own “Personal Legend”. This is going to turn into Alchemist talk right now; but, what’s a Personal Legend? As it’s referred to in The Alchemist, is one’s destiny in life. It’s identifying our purpose in life and pursuing it.
This past May, my daughter Sabrina (13) won second place in a speech competition at her school district. The title of her speech was “Follow your Dreams” and even though I knew what she was going to be talking about; it wasn’t until she delivered the speech on the day of the competition, when I saw the sign from the universe manifesting right in front of my eyes! My own daughter was motivating me to “pursue my purpose” in life! Amazing! 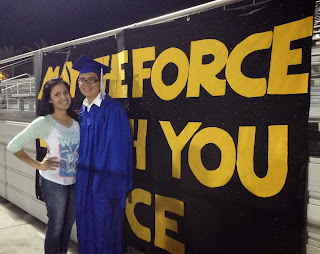 I had to come up with a game plan to get all these projects off the ground. But, at the end of May I was completely overwhelmed with my son’s high school graduation! So, I took the time to focus on that special day. I couldn’t believe how emotional I was during the 2 weeks before his graduation. My mind couldn’t conceive how quickly time went by, and that now I have an adult son! What?!?! In my mind, I’m still 18 years old! So, how can I be the Mother of an adult?! Yikes!!! LOL! 😛 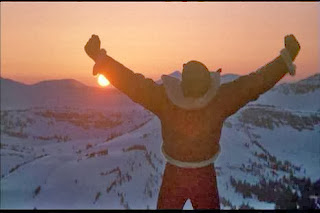 And what about bail bonds?!??!… uuughhhh! I continue to have a “Love/Hate” relationship with this industry! Some days, I just want to run away and not think about it anymore! But, my name is so embedded with the words “bail bonds” that’s its crazy!!!! I really didn’t want bail bonds to be part of my legacy!  In July, I felt like it was time for me to move on! But, when you have one of the biggest sureties in the United States come to meet with you on a “Sunday” afternoon because they can see your potential; you just got to reconsider things! I had to regroup, create a new game plan; and now I’m about to go back into the battle field again! (I feel like Rocky IV) LOL! 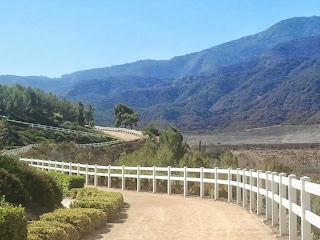 Right after I met with the surety, I realized that I needed to simplify my life.  I began looking for a quiet place to move into. A place where I can call home; and at the same time, I could focus in my writing and other projects. Luckily for me, I found such a place in August! And in early September, I made the move! In fact, this is my first blog post since the move and I couldn’t be happier!
My friend Alex Marquez told me that with “change”; change comes! And that’s exactly what happened as soon as I moved into this home. Within a week, I got great news about a couple of projects I’d been working on. I’m really excited about that!!! At this moment in my life, things are aligning just the way I wanted them to. (But, it hasn’t been easy!!!!) I guess Paulo Coelho was right when he wrote in the Alchemist, “When you want something, all the universe conspires in helping you to achieve it” 😉
In early September, I agreed to go out on a date with someone who had been my Facebook friend for over a year, but I hadn’t met him in person yet. And for the purpose of this blog I’m going to call him “Spicy Daddy” (There’s the nickname for you! Hahahahaha!)  Anyway, so I went out with Spicy Daddy and our date was “incredible” Yeah, you read it right; I said “incredible!” WOW! I don’t think I’ve ever met someone as cool as Spicy Daddy! The whole night we cracked joke after joke after joke. We laughed so hard, tears were rolling down our cheeks! I really wished there would have been a camera crew following us on that date because it was epic! I’m sure Spicy Daddy will remember that day as much as I will. 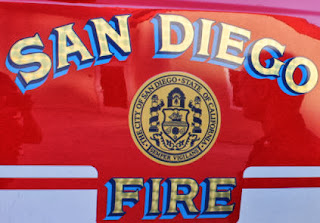 As we began talking about ourselves, I realized that Spicy Daddy is currently working on his “Personal Legend” too; he has identified already his purpose in life and he’s pursuing it!!! Wow! I actually feel very proud of him! Spicy Daddy and I kept in touch for a couple of weeks after our first date. We tried to see each other in a couple occasions; but unfortunately, he’s a very busy man and I’m very busy too. When you don’t have time to spend with someone special, usually that someone special is bound to get hurt. I think that we’re are both an uncommon breed; and perhaps when the time is right, Spicy Daddy and I could be heroes together! But as of now, I understand that Spicy Daddy has a mission he needs to accomplish and I don’t want to be a road block in his journey; nor, do I want him to be a road block in mine. So, we continue our journey going our separate ways.
October is finally here! And I guess this is the month where all my plans are getting into gear! And after so much hardship, pain, failure and disappointment this year, I’m still believing in me! Right now, I have a clear vision of the things I want to accomplish and the direction I’m going. I just need to finish with the family court issues and the trial on October 15th and I’ll be completely ready to focus on my Personal Legend! I believe that greatness exists in all of us; but, only a few people have the courage to pursue their goals and dreams. I also believe I’ve been chosen to do great things for humanity. My plans are no longer limited to the city where I live, the county, the state not even my country. My plans are already going global! I think that everything is possible and that …
WE CAN ALL LIVE OUR DREAMS!
Nancy Tiscareno – Super Bond Girl
www.superbondgirl.com