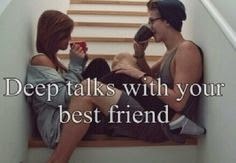 I recently had a falling out with a good friend of mine. Why? Because he got into my business!!!! We had been friends since 2010.  In fact, I considered him to be one of my very best friends! And If I ever opened up to someone, this dude was the one! I trusted him and I basically told him everything!!!!! 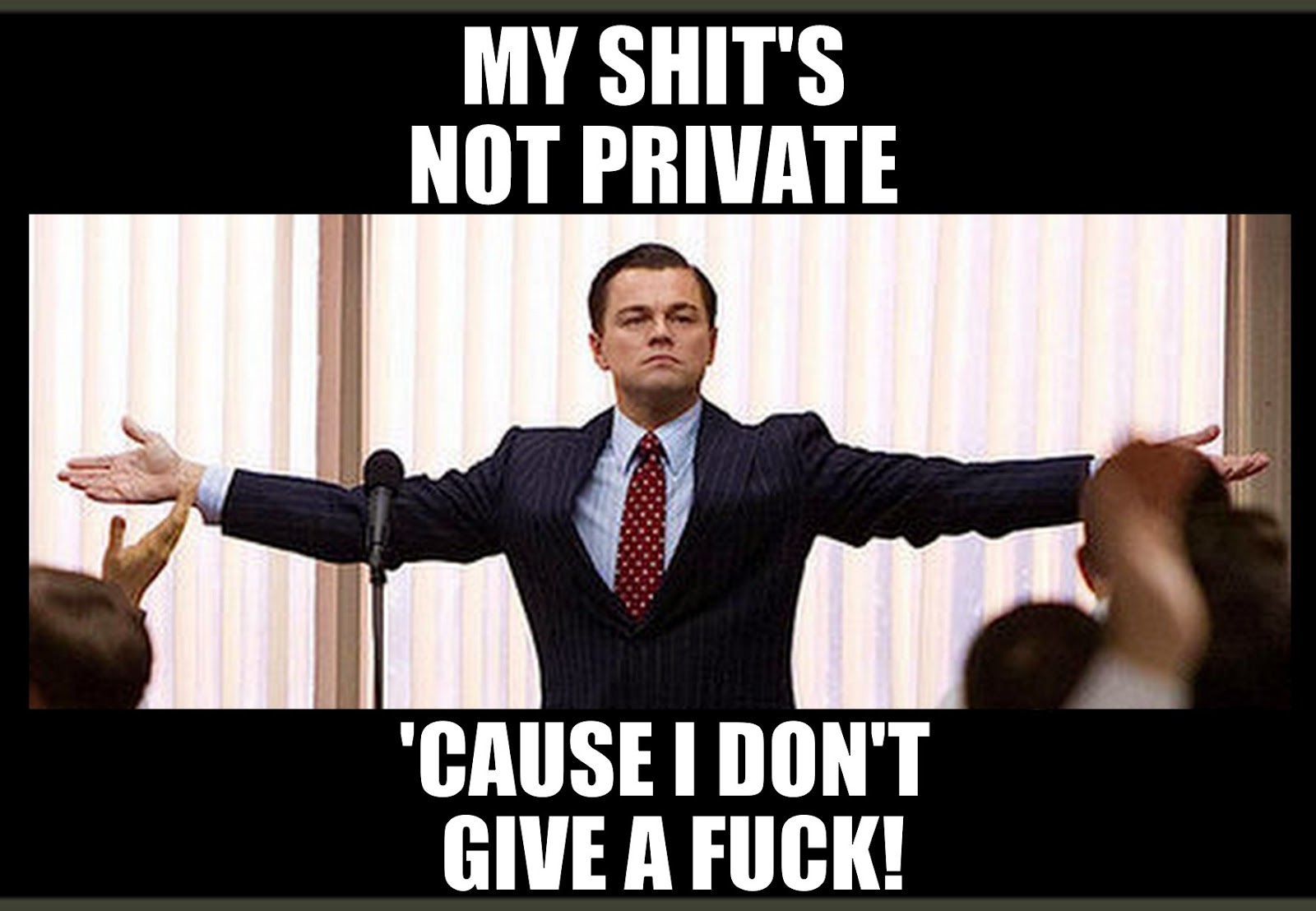 Last month, I randomly got a text from him saying, “stop posting your private life on Facebook.” I then thought, “Oh my gosh! somebody stole his phone!!! There’s no way he would text me something like that!” I called him back and to my surprise, he’d indeed sent me that text! I was so shocked because out of all the people in the world he was the one who has known, for many years now,  how much I love expressing myself!  I love talking about all kinds of subjects, especially those subjects that others might be thinking about; but, they are too afraid to say it!  But, most importantly, this friend of mine, knew how much I hated “CONFORMITY”. 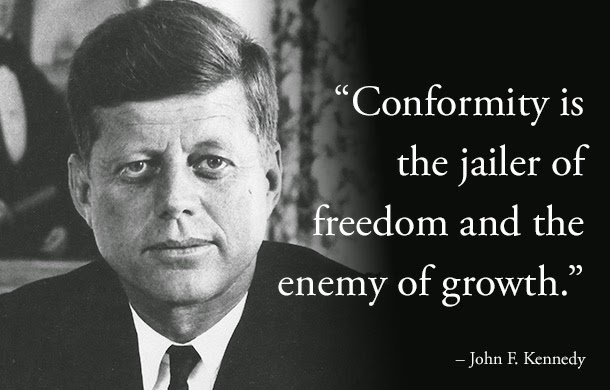 John F. Kennedy said, “Conformity is the jailer of freedom and the enemy of growth.” This quote is fucking bad ass! I think that conformity is the way to “domesticate” humans to act and think like one another. And when people act and think like each other; they become afraid of actually exercising their freedom. And when people don’t exercise their freedom, they won’t grow! 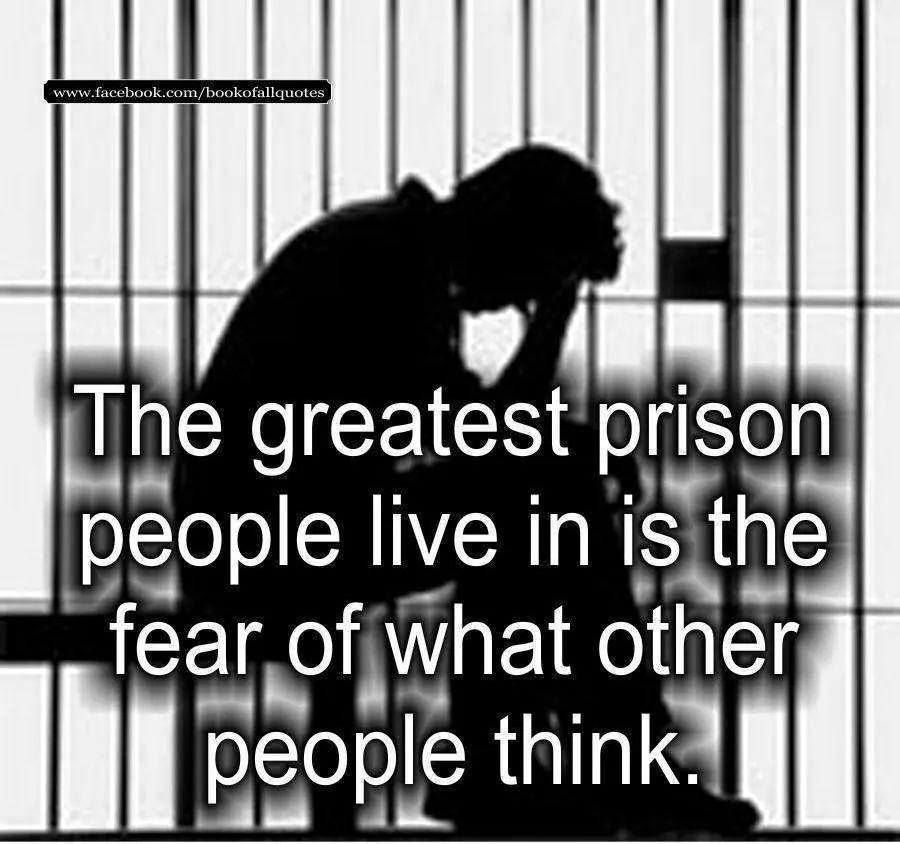 The wonderful thing about being FREE is that you can do what you want! In my opinion, you can do whatever you want, as long as you’re not hurting another person or doing something illegal. I’m a huge advocate of FREEDOM and I’m constantly telling people to do whatever they want; especially if what they want to do it’s going to make them happy! The problem is that most people are worried about other people’s opinions!!!  And they live in constant fear about what others will think or will say about them! Like I said, “fear to exercise their freedom”.

I’m very outspoken, aggressive and confident; and because of that, I get a bunch of assholes constantly trying to get into my life to change the things I do. Now, I understand if I was a drug addict, or I was suicidal, or I was robbing banks, or I was doing something majorly bad. But, I’m only EXPRESSING MYSELF!!!! I’m enjoying my First Amendment Right which is my FREEDOM of SPEECH! It’s not my fault that these dudes are afraid of exercising their own freedom and they want me to “conform” just like they do! 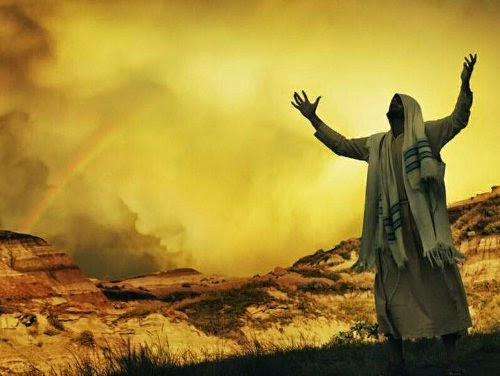 I hear comments like,“I care about you Nancy”, “I’m only looking out for you”, “I’m just trying to be your friend”, “I’m concerned about your reputation”, “I want to save you from yourself, Nancy”… <– WHAT THE FUCK!!!!! I didn’t ask for their ‘opinion’ nor their ‘help’! – And breaking news people: Apparently, I already met the “Messiah” because this fucking asshole wants to “save” me from myself! Really?!!! These are the “domesticated men”; that ones who form our society? That’s PATHETIC!!! – I think that someone has to hit these men with a baseball bat in their balls; so, they can grow new ones!!!!!


Every single time I hear a fucking asshole telling me that “he cares about me” or that “he’s looking out for me” I feel like throwing up! In fact, I usually imagine myself vomiting just like Gary did in a scene from the movie Team America World Police!

And what about the assholes who tell me that “they are concerned about my reputation”? Well, I don’t give a fuck about my reputation; so, I don’t understand why my reputation is important to them! Reputation is what people think of me! I honestly don’t care what people think! I care about my character! Character is who I am! And character is very important to me! Les Brown says, “Someone’s opinion of you does not have to become your reality”. I’m not concerned with someone’s opinion of me! I don’t lose any sleep over it! 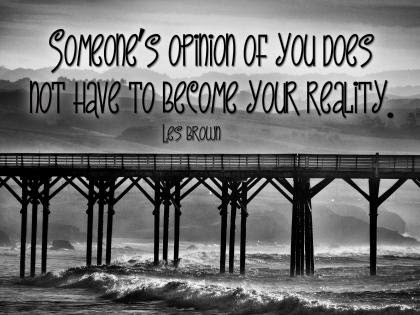 The only three people in my life that I might consider their opinion; are the opinions of my three kids. But, noticed I said, “I might”. I do what I want, period! There are over 7 billion people currently living on the planet right now! Someone, somewhere is going to like me for who I truly am! I’M NOT WORRIED!

How private can my life be, when I write a blog about my real life and real events! Expressing myself through art, whether it is writing, photography or comedy are all part of my creative skills, my artistry and educational entertainment! 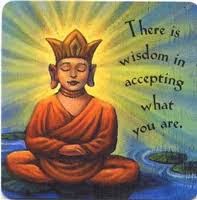 I don’t have the right to tell anyone how to live their lives! I accept people for who they are. It’s so wonderful to actually be yourself and not to pretend to be someone you’re not. I know I can’t change other people; so, it really pisses me off when I encounter dudes who are trying to change me!

Negative, toxic and conforming people are weak individuals to me! If my friend is now thinking like a “sheep”; then, he can go and be with the sheep! I don’t want him around in my circle. I’m hurt! I’m not going to lie. In a way, I also feel betrayed because I know that he understood my stand against conformity. I never told him how to live his life; even though, he continues to tattoo himself. His body was so beautiful, one or two tattoos would have been perfect. But, now he looks like a ghetto Christmas tree! I never told him anything because he’s free to do whatever he wants, that’s his body, that is his choice and that’s the way he’s expressing himself! 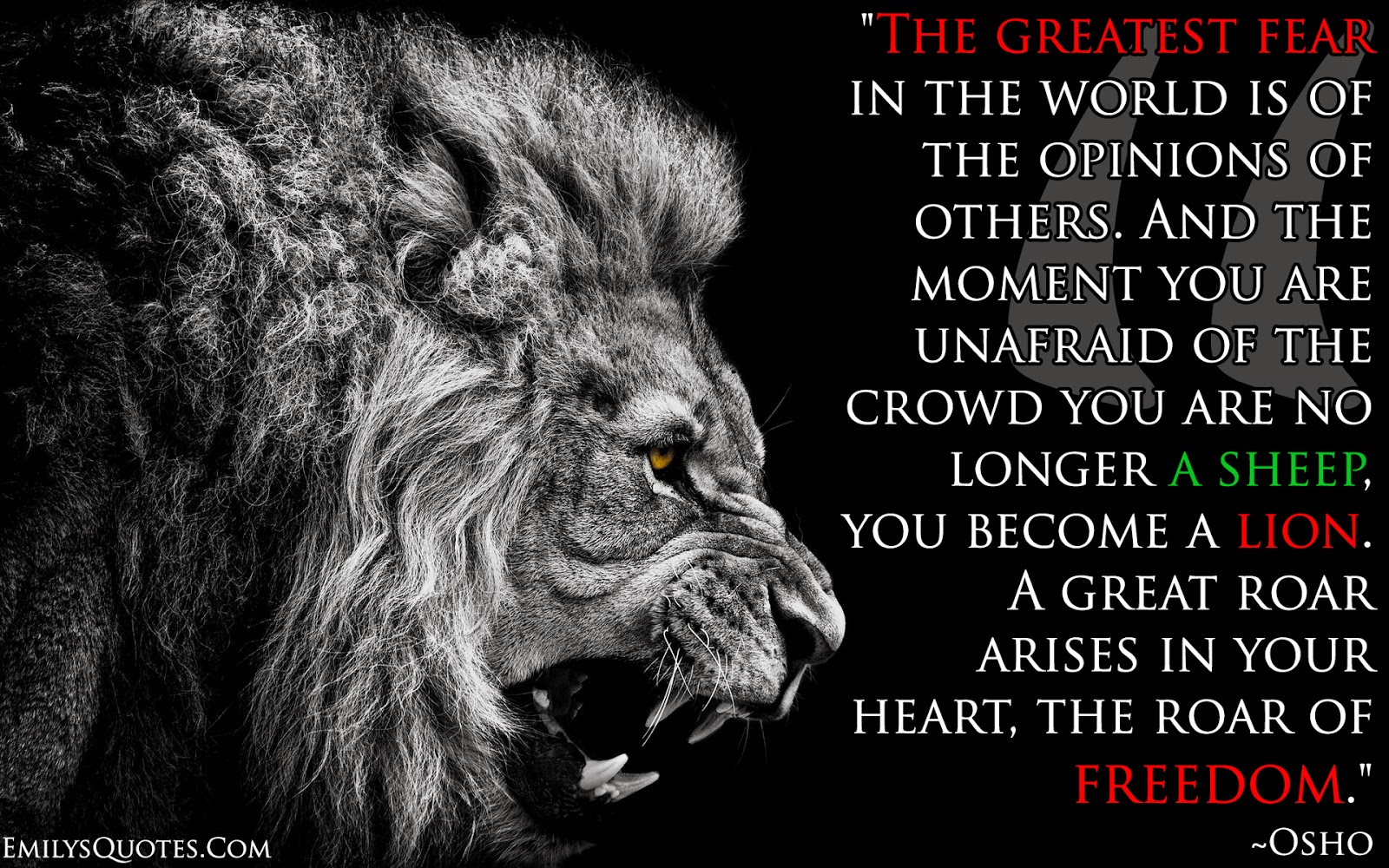 I have many goals and other things I need to accomplish for humanity. So, you can either help me or get the fuck out of my way!!!
Nancy Tiscareno – Super Bond Girl
www.SuperBondGirl.com