I still don’t understand why some men feel the need to send me an email, a message or a text, just to tell me to stop expressing myself!  Especially, when these men are not involved in my life; and, they are married or in a relationship with other women! These men are not helping me raise my kids. They are not paying my bills. They are not contributing in any way to build my business. I don’t bother them or tell them what to do! So, I don’t comprehend why they think that they can come and bother me by telling me what to do! 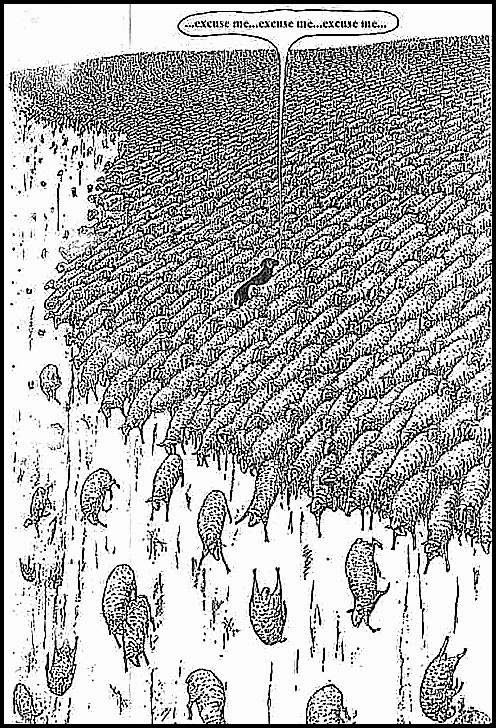 I don’t give a rat’s ass about the things other people do! Everybody is FREE to do whatever the fuck they want! It’s not my fault that most people live their lives in bondage to what “society” (religion, politics, school, media, tradition, etc.,) is telling them to do! But, when you finally understand that you’re in control of your own life and refuse to conform just like everyone else is doing; that’s when people start talking shit about you. You become the “black sheep” of the group and people HATE you for it! It takes bravery to go on and make your own path; but, only a few of us have the courage to not follow the “herd.”

Since I started building “Super Bond Girl” back in 2011, I’ve faced so much hate from my competition! I was expecting that, of course. I know I have a flamboyant personality; and, most people can’t handle that! Specially right after I did the pink bikini picture! That picture was a complete shock for so many people in the bail bond industry! I received messages and phone calls from other bail bondsmen complaining about it, some men even told me to take it down. The female bail agents called the Department of Insurance to complain about me. They didn’t have the guts to say anything to my face; so, they thought that by calling the Department Of Insurance, they were going to stop me! 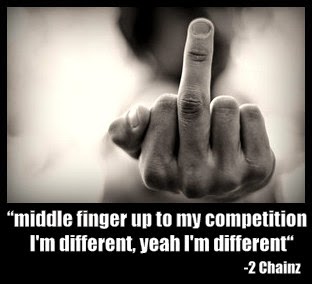 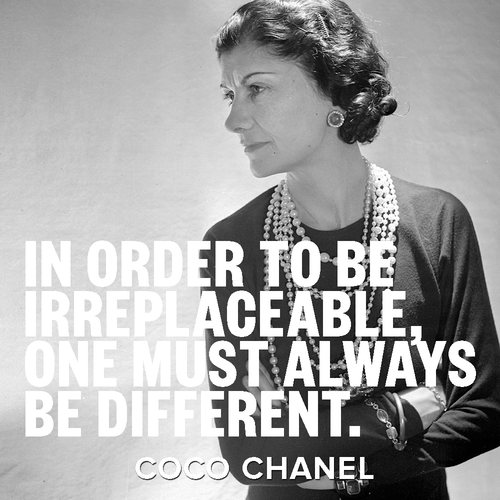 Everybody is worried about what everybody else is doing; but, they don’t check themselves first! And when you stand up and fight back, then you’re the one who’s the asshole! Oh really?! This brings me to another problem that I’ve been dealing with for some time now with other stupid idiots who are NOT even in the bail bond industry!

Last September, my friend, David, who I’ve known for over four years, sent me a text telling me to stop posting my private life on Facebook! I was like, “What the fuck is his problem?! It’s my Facebook, my life and I do whatever the fuck I want!” I couldn’t contain myself; so, I called him and we told each other off! That was the last time we spoke! I made sure that David understood that I want absolute nothing to do with him! He decided to ruin our friendship by telling me what to do, something he never did before! That was the only reason why he stuck around in my circle for over 4 years! Because he never told me what to do! And all of the sudden, “he” felt “entitled” to tell me what to do? FUCK THAT SHIT!

David said that he was only telling me to stop posting my private life on my Facebook because he was my “friend” and he was “looking out for my ‘reputation'” What’s the deal with these fucking assholes looking out for “my” reputation?! I don’t give a fuck about my reputation! Whatever people think of me, that’s their problem, not mine! I do what I want! If people like me, that’s cool! And if people don’t like me, that’s cool too! I don’t worry about other people’s opinions! Quite honestly, the older I get, the less I give a fuck about what people think of me!

Last week, I received a message via Facebook from a dude named: Joe Ferarji. I met Joe in 2011 when I went out dancing with a group of friends to the Costa Rica Restaurant in Santa Ana (Best salsa dancing place in the O.C.!) I’ve never dated this dude! I don’t “shoot the shit” with him! I don’t go to parties, or barbecues or family events with this dude! I don’t care what he does! We’re not friends! To me, friends are people who I “actually” hang out with! I don’t hang out with Joe! On top of this, Joe has a girlfriend!!! So, on the evening of January 26, I received the following message from Joe and this is how our conversation went… 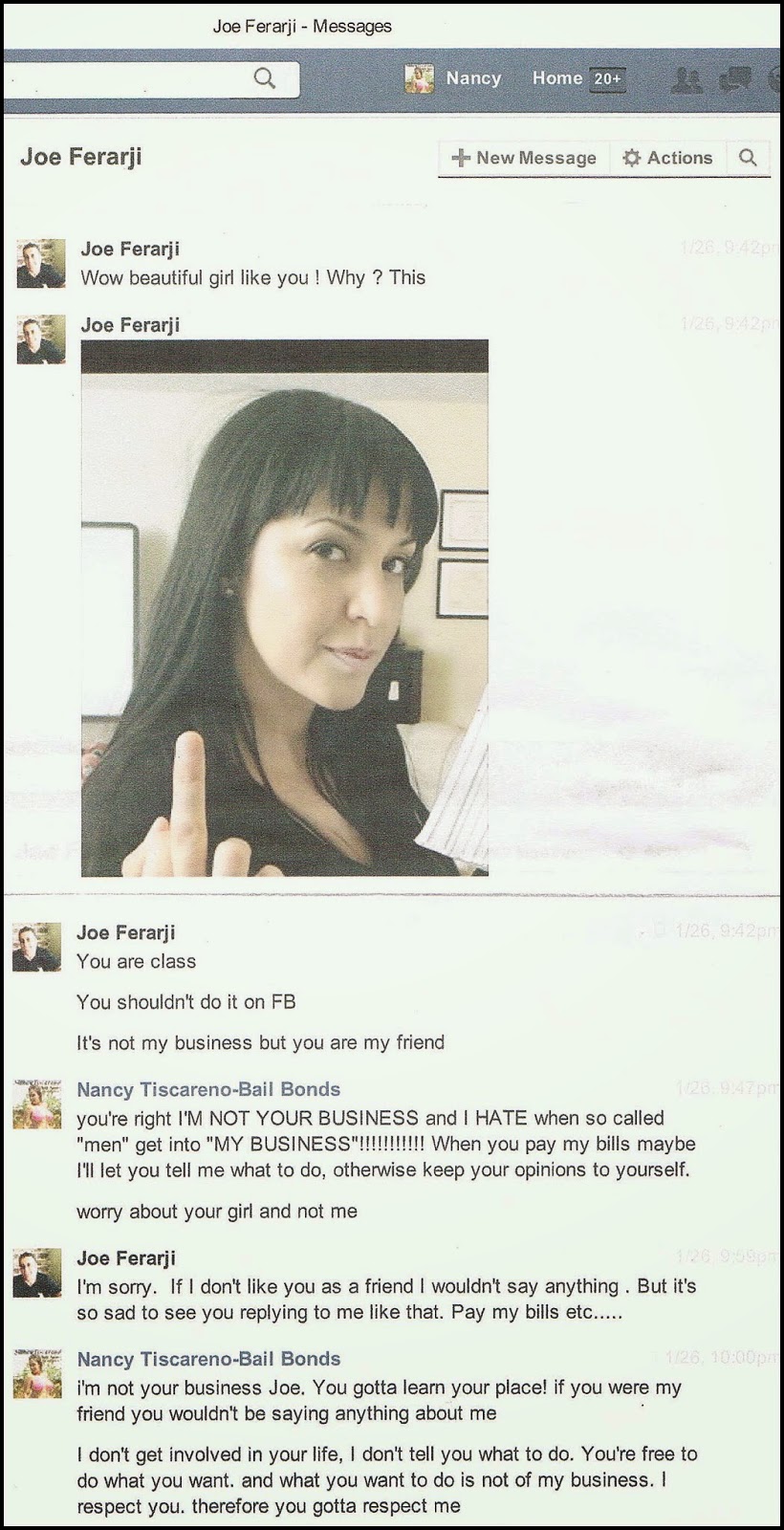 The picture that Joe was referring to and added in this message, was a picture I posted on my wall right after I’d finished with a huge document I had to submit to the James Bond Films attorney. As you probably know, I’ll be going to trial with them next month for the right to trademark my mark, “Super Bond Girl.” I think this is a bullshit lawsuit; but, the James Bond people have all the money in the world. I, on the other hand, I’m just so fucking stubborn! Lol!

I love expressing myself and keeping things real! What you see is what you get! I don’t pretend to be someone that I’m not! I not going to give any explanations to any motherfucking asshole who’s trying to tell me how to live my life! I DO WHAT I WANT! Why it is so hard for these fuckers to understand this?

From this point on, every single time I get an asshole trying to get into my business; I’m going to bust their balls! Look how many balls I just busted with this blog post! I’m sick and tired of having to deal with cowards who think that they can tell me what to do! Mind your own fucking business! 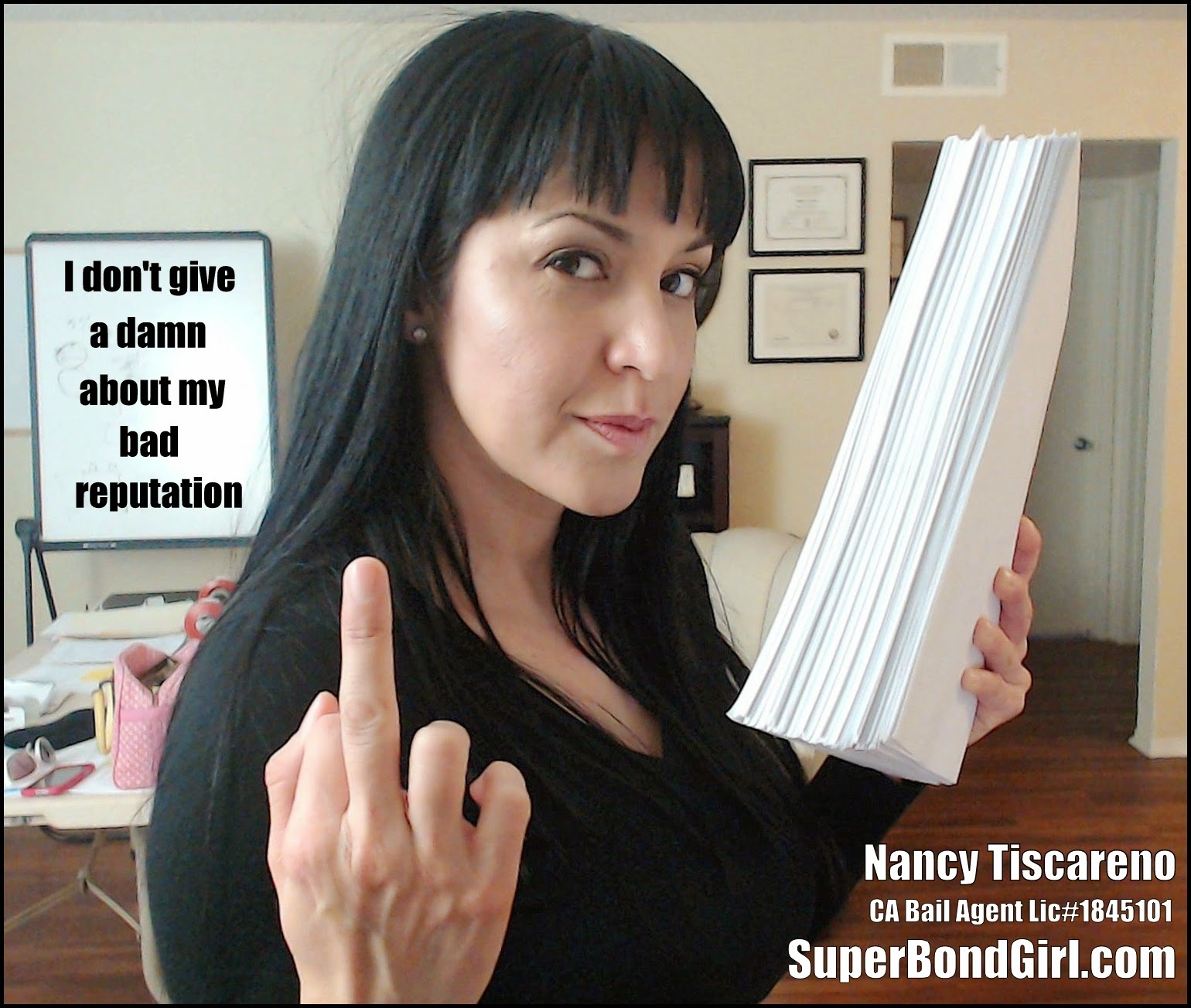