Skip to content
If I had a dollar bill for every time I’d been asked, how did I get into Bail Bonds? I would probably have close to a thousand bucks by now! This is how my soap opera begins… 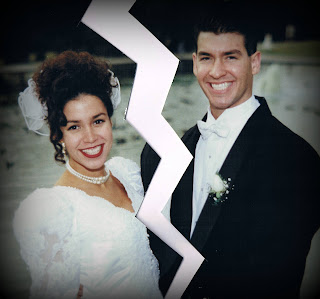 I was married for over 13 years to a Los Angeles County Deputy Sheriff named Javier Tiscareno and together we have 3 children. Javier had been cheating on me since 2008 with a coworker’s sister from Twin Towers Correctional Facility in Downtown Los Angeles. I had my suspicions about his behavior and the lies he was telling me, but I wasn’t able to come up with any concrete evidence at the time. I was a stay-at-home Mom and my priorities were to take care of our 3 children and run the entire household. On Mother’s Day 2008 Javier finally asked me for the divorce. We’d been separated so many times prior to his request, that this time I wasn’t surprise at all.

We continued to live in the same household during the divorce process, but Javier made sure to make my life a living hell. He would follow me around our 3,300 square feet home. I mentioned the footage of the house, just so you can understand that even though we lived in a huge place; with plenty of rooms for him to be away from me; he intentionally followed me around and threatened me with taking my kids away from me. He constantly said that he had the “money” and the “power” to leave me in the street.
I was not aware of it at the time, but Javier had begun to record my telephone conversations, “illegally” of course; between my friends, family and most importantly the conversations between my attorney and I; so much for “attorney-client” privilege, right? I knew that he had installed some kind of program on the family computer to be able to read my emails. So, I hardly ever use the Internet. I felt like a prisoner in my own home. I knew Javier was desperate to make a financial deal with me, since I’d been a stay-at-home Mom for over 10 years. He was supposed to pay me more than what he ever wanted in alimony and child support. How was he supposed to take his new girlfriend out on dates or going on romantic getaways? Or buy her gifts; when his wife and his kids were getting in his way.
In the evening of June 12, 2008, I had a long telephone conversation with my attorney in regards of my living situation with my soon to be ex-husband. I explained to him that I couldn’t take Javier harassment anymore and my attorney agreed.  He then advised me to go to his office the following day to sign paperwork to request the court for Javier to be removed from the family home.
The next day, I woke up and got the kids ready for school. Javier did the same thing he did every day, followed me from room to room and tried to cause an argument. On this day, things were different; Javier was more aggressive with his threats. He was pushing me with his torso as to try to start a fight. I weigh 115 pounds. There’s no way, I was going to get into a physical altercation with a man, especially since he has been trained as police officer with a very intensive tactical training. 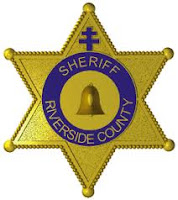 On June 13, 2008, after the kids went to school; Javier hit himself in the neck causing a huge bruise on the bottom right side of his neck. He then, called 911 and told the operator that he was a cop, that his wife had hit him, and that he needed assistance. Within 10 minutes I had 4 patrol units from the Riverside Sheriff Department at our house. I was so confident that the Riverside Sheriff’s Deputies will have “COMMON SENSE” and realized that there was NO way on this earth, that a girl my size, can kick some cop’s butt… Boy! Was I wrong?!!!…  I never made it to my attorney’s office to sign the paperwork on that day. Since Javier had the house phone wiretapped, he already knew that on that day, I was going to meet with my attorney and have him removed from the family home. Javier decided to take matters into his own hands and accused me of Domestic Violence instead.

Riverside Deputy Sheriff Balderrama (my arresting officer), put the handcuffs on me about 45 minutes after arriving to my house. I was taken to the Jurupa Valley Police Station, and then transported to the Robert Presley Detention Center (Riverside County Jail). A friend of mine and her husband posted a $50,000 bail on my behalf the same night I was detained. At the time of my release, I found out that Javier had filed a restraining order against me; and that I couldn’t see my kids nor go back to my house. But most importantly, I had lost temporally custody of my kids for a “crime” I did not commit!!! Javier was right when he said he had the “money” and the “power” to leave me in the street.

Javier then took a week off from work to heal from his “self-inflicted traumatic injury” (that he claimed I did of course). He hired a female attorney 3 times his size. I’m NOT lying! His attorney looks like a mammoth! (This lady has the biggest butt I’ve ever seen! It’s like putting 100 of mine little butts together, Lol!!). Javier looked so tinny in Family Court next to “Mammoth Lady” it was comical! He bought a new suit with an extremely large jacket, so he can look smaller; it reminded me of the kid from the 80’s movie “BIG”.  I understand that Javier needed to play the role of the “victimized husband” in court, and that exactly what he did. “Mammoth Lady” filed several continuations on the restraining order to pressure me to take Javier financial deal, but I didn’t budge. It was killing me not being able to see or talk to my kids. I used to cry so much; my heart was literately breaking. When I finally got to see my kids, they were mad at me. Their father had told them that I’ve gone on a vacation without them. It was a very dark time for my kids and me. 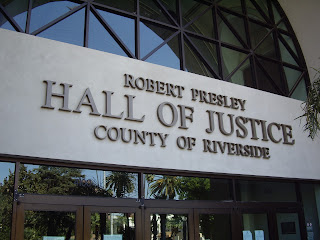 The Riverside District Attorney’s office never filed criminal charges against me. I’m sure Javier wasn’t too happy about that, but that’s what happens when people lie. The truth always comes out! Once I knew that I didn’t have to worry about any criminal issues, I embarked on the biggest battle of my life: “The battle to regain custody of my kids”. I was determined to get back my babies at any cost; I didn’t care about anything else. During the same time, I began working as an agent’s assistant for the same bail bond company I bailed out with. I didn’t know anything about the bail bond business. I’d always been a cop’s wife, so I had to open up my mind and see things differently. I learned the bail business from my own personal experience and I was fortunate to work with great people who took the time to explain to me how the business works. On September 11, 2009, over a year after I bailed out of jail; I became a licensed Bail Agent in the State of California.

Today, I’m happy to announce that I have 70% custody of my kids. After a very lengthy, emotional draining process to regain custody; my kids finally live with me. And that’s ALL I ever wanted!… I didn’t mourn the loss of a husband; after all, what did I lose? I lost a cheater! The way I see it: “She can have him!”
Am I still bitter? You bet I am. You would too, if your spouse sends you to jail accusing you of a crime you didn’t commit; and causes unnecessary pain to you and your kids. Especially since the person who has betrayed you is a professional in “Law Enforcement” and knows how to manipulate the judicial system. There’s no turning back from that!
I’m supposed to be bail agent without a doubt. I enjoy every minute of it. This is not an 8 to 5 type of job; this is a career, it’s a way of life! I breathe, sleep, and talk about Bail Bonds every day! I love what I do because I don’t see it as a way of making money; I see it as a way of helping people! My life has no meaning on this earth, if I’m not making somebody else’s life better. I believe in the good of people and that even though we are humans and make mistakes; we also deserve a second chance.
Nancy Tiscareno – Super Bond Girl
www.superbondgirl.com