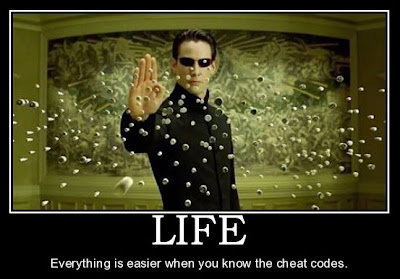 I’m obviously a woman who doesn’t conform to any social expectation and I refuse to follow society’s rules. I’ve learned by my own experiences, mostly since I started working in the bail bond industry, that to be able to find peace, happiness and understand my life, I had to free my mind from any form of mental submission. 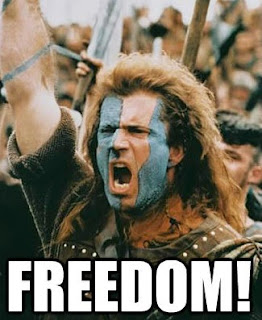 I believe and promote freedom! I would never tell another person how to live his or her life because I think that everyone is free to do whatever they want, as long as they’re not hurting another person or doing anything illegal, of course. This blog post is to share with you a little bit of my spiritual journey. As you already know, I like sharing my thoughts and many different situations about my life with you. I love entertaining you, but I want to emphasize that I would never tell you what to do. – I don’t even tell my own kids what to do!

Let me give you a little background about myself. I was brought up in a Hispanic Catholic home in Guatemala city. My Dad was the typical stereotyped Hispanic man with the extremist macho mentality and my Mom was completely submitted to him. Her opinion never mattered in their marriage and I witnessed a lot of abusive incidents between the two of them. I think, I was 8 years old when I had my First Communion. And the only reason why I did that was because most of the kids in our neighborhood were taking their first communion at that same age. My parents conformed with the rules of their society and they sent me to Catechism classes. Did anyone ask me if that’s what I wanted to do? No! Of course not! But that was my parents’s tradition, so I had to follow it. 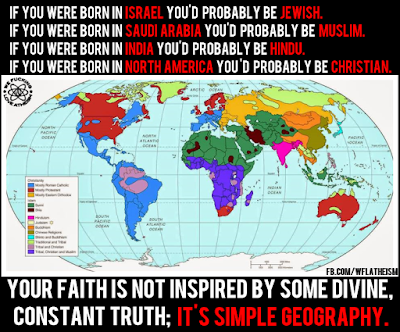 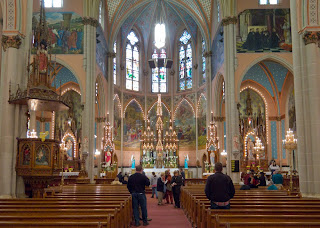 When I was 13 years old, my Dad came home one day and he told my Mom and my siblings that he had found God. His statement didn’t make sense to me. I thought, “How does my Dad know that he actually found God?” The following Sunday instead of going to our traditional catholic church, we attended an evangelical christian church and consequently my family became “born again” Christians. Changing religions was my parents decision and once again I was never asked if that’s what I wanted to do! But deep inside me I honestly think that the only reason why my Dad decided for us to switch religions when I was 13 years old, was so he didn’t have to pay for the cost of my “Quinceañera” party.
http://en.wikipedia.org/wiki/Quincea%C3%B1era All my friends had their Quinceañera celebration except me because my family was not Catholic anymore. What the fuck?!! I’m sure my Dad realized how much money he’d spent on my first communion stuff, that he decided to skip the whole Quinceañera thing. And to make matters worse, I wasn’t allowed to attend any of my friends Quinceañeras either. Yeah, not cool! 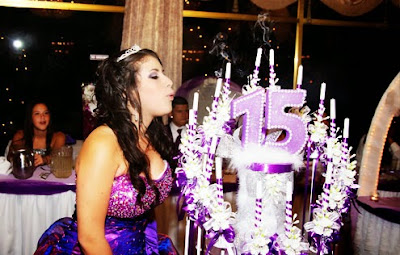 When I was 16 years old, my family immigrated to the United States. My parents found a christian church in the city where we lived and they became very involved in the church activities. So involved, that my Dad actually went to some type of seminar or study to become a Pastor. Yeah, it was not a good time in my life, I tell you that! 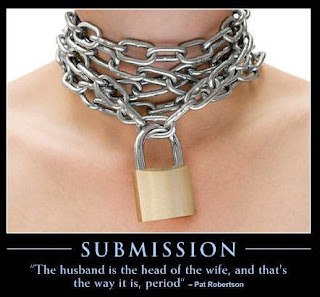 My Mom submitted to whatever my Dad said. Most of my Dad’s ideas were so stupid and my Mom never gave her opinion! Every single time I complained about the stupid family rules that my Dad had imposed on all of us, including my Mom, she would say to me, “You’re a woman and you need to learn to be submissive. A woman is always submitted to a man, whether you submit to your dad or to your husband. A woman’s job is always to be submissive to a man.” As a teenage girl in the early 1990’s, I knew that my parents’ way of thinking was completely WRONG! I couldn’t wait to get away from them and basically at age 21, I married the first dude that came and knocked at my door. The problem with that was that I ended up marrying a dude whose mentality about women was exactly like my Dad’s. I think this is one of the major reasons why I wouldn’t get remarried. The only walking down the aisle I would ever do is at the grocery store or at the movie theater. 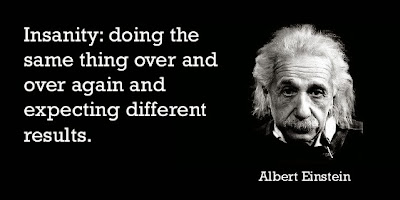 In 2008, I got divorced and at age 34 I was finally free from the two men who’d wanted me to “submit” to them so much, my Dad and my ex-husband Javier. My ex-husband still tried to tell me what to do in many occasions after our divorce, but I fought back every single time! Finally in October 2013, during our trial, the family court judge told my ex-husband to basically “fuck off” and I haven’t heard nor seen my ex-husband since! Despite of the fact that we’re neighbors and we live about 3 blocks away from each other. LOL! 😀

After my divorce, I still attended a local christian church from 2008 to 2010. In the beginning of 2011, after launching my brand “Super Bond Girl” I hired a photographer from the church directory to take some head-shots for my business cards. I liked his work, so I called him back and told him that I wanted to take some photos wearing a bikini at a swimming pool. The photographer then said to me that he couldn’t take those pictures because that type of photography was against his religious beliefs. -ALRIGHTY THEN! 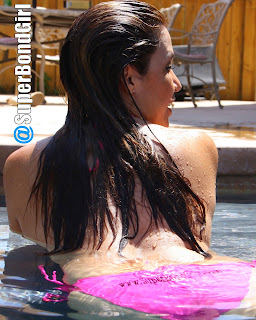 After my conversation with that photographer, I talked to my friend Beth about the photos I wanted to take and she said, “Fuck that shit! I’ll take those photos for you!” And you guessed it, my Pink Bikini photos were born on that day! LOL! 😉

For the first 34 years of my life, I was oppressed and told to conform due to religion and to accept that that’s just the way life is! As a free woman there was no way that I was going to submit to anything or anyone anymore! I had a vision about what I wanted to do with Super Bond Girl and if religion was going to be an obstacle to my vision, then religion had to go! 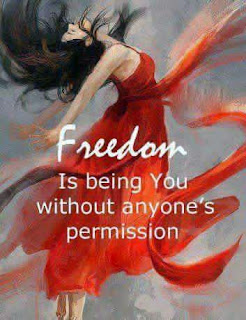 In 2012, I started to practice meditation and in 2013, I incorporated Yoga into my daily routine. I’m no longer a religious person and I make all decisions based on my intuition. I love learning about the Teachings of Buddha, but I wouldn’t call myself a Buddhist yet. For the very first time in my life, I’m discovering my own spiritual journey without conforming to what other people want me to do. 😉

In my household, my children are free to practice or not practice any religion. They are free to do whatever they choose to do. I don’t judge them. And by doing so, I’ve broken the cycle of imposing my religion onto my kids and I feel pretty good about that. 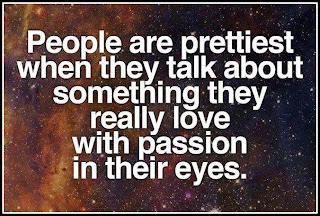 I respect other people’s religious beliefs and I love participating in their traditions. When I get invited to any event at a Catholic church, Christian church, or any church for that matter, I always attend. I don’t exclude myself from the rest of the guests. If people in church are singing, then I sing. If people are kneeling, then I kneel. Participating in other people’s customs makes people happy and I love seeing people happy! I even celebrated NOWRUZ three years ago because at the time I was dating a Persian dude. (I love Persian food by the way!). Just recently while hustling in my town, I met a few people from India. Next thing I knew, I was getting introduced to LAKSHMI, the Hindu goddess of wealth, love and prosperity. And yes! I now own a Lakshmi statuette and I’ve even chanted to her! Especially when I haven’t written a bond in a while! 😉 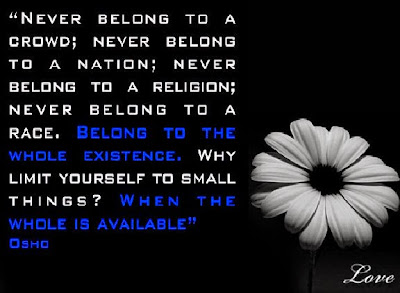 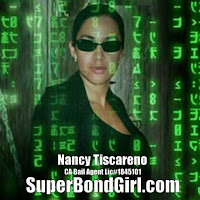 The only time when you’ll see me turn into a Warrior in regards of religion is when religious people start trying to force their beliefs onto the rest of us! It’s a disgusting behavior and thankfully I’m not afraid of challenging those individuals every single time! I support gay marriage, women’s equality, and I’m obviously pro-choice. I will defend my civil rights or anyone else’s civil rights against any religious organization until the day I die. Each individual is born free! If a certain group of people want to live their lives in conformity, that’s their problem! Not mine! I think that we could save ourselves from so much aggravation in regards of discrimination based on religion, if we just free our minds and stop forcing religion onto others. 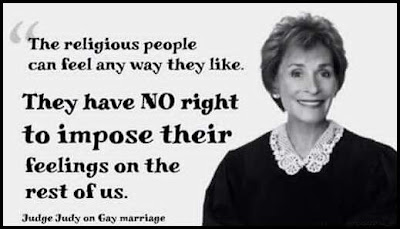