Skip to content
In April 2012, my ex-husband’s girlfriend subscribed to my Facebook page. I was in complete shock as you can imagine! What the heck was she doing on my Facebook to begin with? I don’t look her up nor do I care about her, so what was she doing snooping around my stuff? I really didn’t know what to think about her motive at the time.


My ex-husband Javier has been in a relationship with the same woman since our separation in 2008. In fact, on the day that the restraining order Javier filed against me was dismissed, Javier purchased round trip airfare to San Francisco for him and his girlfriend. Aww! How nice! He was “too injured” from the “beat down” he claims I gave him that he couldn’t go to work for weeks but, he was able to plan a romantic getaway with his new girlfriend! (I’m telling you, my life needs to be featured on Lifetime Channel). 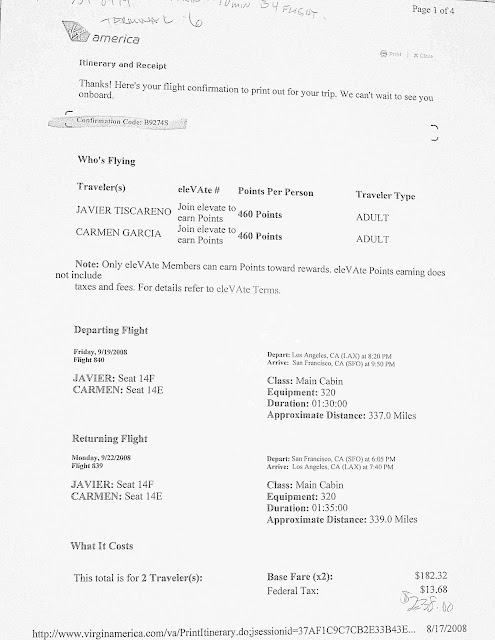 A couple of months passed by, (June 2012) when I got a “friends request” from Javier’s girlfriend on Facebook! I thought to myself, “There she goes AGAIN!!!! What the hell does she want from me?!?!” My friend’s requests on my Facebook are public; so, if I don’t accept people as friends, they automatically become subscribers. She realized this and unsent her request right away. This time, I didn’t do anything about it and I didn’t tell Javier either.

The following day, I got a friend’s request from Javier’s girlfriend’s niece!!!… This time I was like, “What the fuck is going on?!?!” (Can I get somebody to post a video on YouTube, crying and saying “Leave Nancy Alone!” just like Brittney Spears has one, please? anybody?! LOL!) Honestly! What the heck was happening?!?!…

I got tired of their stupid little game! And since I’m a very straight forward kind of person and I don’t do very well with “adults” playing “little kid” games; I decided to send the niece a message saying, “Hi Isabel, I noticed that your aunt has tried to contact me and by your last name, I’m assuming you guys are related. How can I help you ladies?”… I never got a reply back from Isabel, but they finally stopped bothering me! So that was good! And I never accepted Isabel’s friends’ request of course. (I know better!)

In July 2012 my children told me that Javier had finally proposed to his girlfriend! I was so happy because after 4 years of them being together, my ex-husband was finally going to stop giving my kids the bad example of “shacking up” with a girlfriend. Call me old fashion, but you can shack up if you don’t have any kids. But, if you’re a parent and you shack up with someone, (especially if they are not the biological father or mother of your kids) then you are only giving your kids the worse example in life!

I then began to think, perhaps the reason why his girlfriend was desperately trying to get in contact with me in the beginning of the year, was because they “broke up!” Oh my gosh! The poor woman had been waiting for Javier to commit to her for over 4 years, she probably gave him an ultimatum back in June!… The question is, “What the hell did she want with me?” Maybe she thought that perhaps Javier and I were going to get back together or something? (I’m NOT like Rihanna, OK!) Hahahaha!!! 😀

After all, Javier wrote to me a note a couple of years ago (He was in a relationship with his current fiancé) saying: “I had always wished that you would have granted me a fresh start, a clean slate, a new beginning to build what I obviously couldn’t with a past of pain. ‘For what it’s worth, you are the love of my life.’ Maybe things would have been different if I was yours. If the day ever comes that you would want to talk with me. I will listen.” … Perhaps she found out about this note? It’s on my Facebook and it looks like she goes onto my page often… 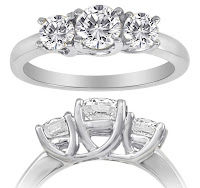 In November, after the Thanksgiving break, one of my daughters asked me, “Mom, was the wedding ring that my dad gave you a three stone diamond ring?” I said, “Yes, why do you ask?” My daughter replied, “Because my Dad gave his fiancé the same style ring he gave you”… Ohhh! I couldn’t stop laughing!!! How stupid is that?!?! I thought that when a man gets remarried, he has to buy a bigger/better diamond ring for the second wife and not the same thing he gave his “first” wife! 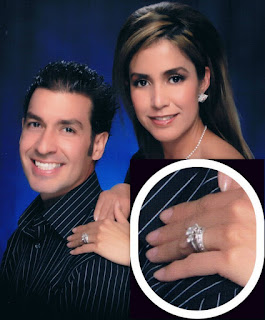 The 3 diamond ring represents, “Past, Present and Future”. I’m sure Javier gave her the same bullshit he gave me, “You’ve accepted me for my ‘past’, our ‘present’ is fabulous, and I can’t wait to grow old with you in the ‘future'”… Poor woman, she doesn’t have any idea about his “past” because their relationship is based on lies that he keeps telling her! Their “present” is all over my blog and God help her in the “future” (I can give her a family discount when she needs to be bailed out of jail)…

I thank God that Javier met someone else. If it wasn’t for her, I would probably still be living a miserable, unhappy life without any freedom to make my own choices and would still be controlled by him.  Clearly, “He wasn’t man enough for me”.