Skip to content
Oh dear! What can I tell you? I’m currently living a very amazing, interesting and exciting life! 😉

I used to tell my ex-husband Javier when we were still married that “he” was holding me back! And, as you might be able to tell, he was INDEED holding me back! I see all the things I’ve created since I don’t have Javier’s “toxic and negative” energy near me; and, I’m beyond blessed to have him out of my life! Because everything that I’ve created and accomplished; I’ve done it by “myself”. (with the help and support from friends and family of course).

I’m a very creative and innovative woman, who loves to help people. But, if I had to describe myself; the very first thing I would tell you, is that I’m an “entertainer“. My brain is already “wired” that way. I love making people laugh; and, I get an adrenaline rush every single time I hear or see someone’s reactions to the things I do or say. Especially, if they are shocked! LOL!!! 😛

One of my favorite books is, Paulo Coehlo’s, “The Alchemist”. I would even go as far as to say that, that book changed my life. In a way, my life is just like Santiago’s, the main character of the story. He is an adventurous and determined young man, looking for his “personal legend” which is to find a treasure. In this fabulous book, there’s a quote that reads, “When you really want something, all the universe conspires in helping you to achieve it.” And I believe it’s true! When I first began blogging and posting videos on YouTube, I wanted to share my story with people and also bring awareness to others that sometimes, “police officers” lie and send “innocent” people to jail, just like it happened to me. 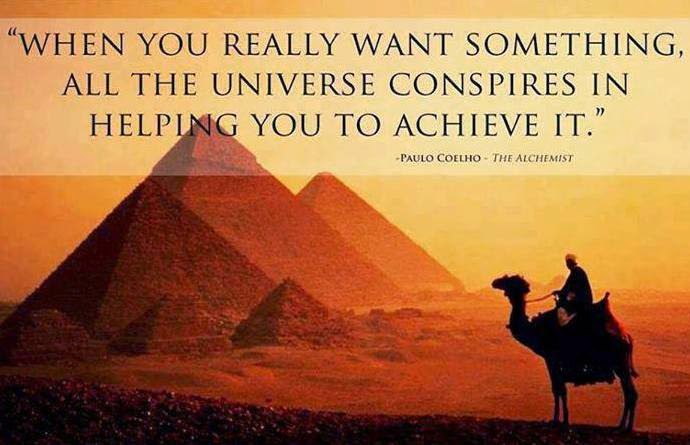 At first, I was so excited to check my weekly stats in Blogger because I was able to see all the states in the U.S. from where people came to visit and read my blog. My readers in Germany and the Netherlands came just like a powerful force right after that! And then, the whole world!… OK! Hold on! “people” around the “world” read all the shit I write about?!?!… DAAAAANNNGGG!!! Lol! 😛

The 3 main factors for each one of my blogs posts are: first, to entertain you; second, to make you laugh and lastly, to give you information that perhaps you didn’t know. The “Bail Bond Industry” is a very depressing field, if you ask me. So, why not have a little fun with my anecdotes…

I created “Super Bond Girl” in early 2011; but, I didn’t start using the Super Bond Girl name on the internet until June of the same year. Six months after I launched my website, I was invited to appeared on the Anderson Cooper talk show in New York City and off I went! Lol! I was not going to miss that kind of opportunity, you know! I had a great time on the show and as always, I made sure to make the audience “laugh”.

Soon after my appearance on the Anderson show; a TV producer approached me, and we talked about the idea to start a reality TV show. I was in contract with her for about one year. We met with a couple of production companies, but in the end, nothing really turned out. Once my contract had expired with this producer, I began getting phone calls from other production companies around the U.S., Atlanta, Las Vegas, Hollywood and New York. I met with so many people that I was getting tired of wasting my time.

Most of these producers were looking for the female version of “Dog the Bounty Hunter”; and, that’s not what I do! I don’t go and “hunt” after people. I’m the “hero” who rescues her clients from the hands of the “evil cops” hahahahahaha!!! 😛

I had to explain to most of these producers that “bail bonds” is not exciting enough to make it into a show. And after a while, every single time I got an email or a phone call from a producer, I ignored it. Eventually, I got a phone call from a producer who had done research about the bail bond industry. I met with him, I loved his ideas and energy, and am currently in a contract with him. 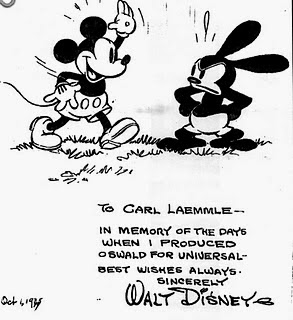 After getting so many phone calls from people in the entertainment industry, I decided to “protect my dream” and trademark “Super Bond Girl”. I’ve worked so hard in creating my brand, that I’m not going to allow a “network” or anyone else to take it away from me! Just like it happened to Walt Disney in 1928, when he created his first all-animated series “Oswald the Lucky Rabbit” distributed through Universal Studios. Universal, not Disney, owned the Oswald trademark and took it away from Disney! Disney then, created “Mickey Mouse” and the rest is history! 😉

I began the process to trademark “Super Bond Girl” in November 2012; and, in case you’re wondering, I don’t have an attorney. I’m doing all the paperwork by “myself”. On March 11, 2014 “Super Bond Girl” was approved by the examining trademark attorney for publication, but it hadn’t been published for opposition until May 6th. “Super Bond Girl” trademark reads as follows:

“Entertainment services in the nature of an on-going reality based television program; Entertainment services, namely, an on-going series featuring the lives of bail bondsmen and women, their families, their search for fugitives, their involvement in their communities, how-to video segments featuring advice about bail bonds, provided through cable television, webcasts, radio broadcast, media, television, and blogs” 😉


Now, this is where my life starts getting super exciting… On April 24, 2014, I received a letter from Seyfarth Shaw Attorneys who counsel Danjaq, LLC (“Danjaq”), which owns the trademark for the “world-famous” series of films featuring the British agent “James Bond”. Have you heard about this dude?! hahahahaha!!! 😛

Anyway, in this letter, the attorney for Danjaq is asking me to withdraw my application to trademark “Super Bond Girl” before having to file an opposition with the Trademark Trial and Appeal Board. I will post this letter on my next week’s blog; and, I will “dissect” it, paragraph by paragraph. So you, my reader, can be “entertained”. 😉

As you can imagine, my very first reaction right after I read the letter from Danjaq was, “WHAT THE FUCK?!!!!” hahahahaha!!! Dude, seriously? I had to take a walk after that! hahahaha!!! I was so shocked! Lol!  “James Bond?” Are you serious?!!

And just when I was about to start communicating with the attorney for Danjaq, I received in the mail a post card from the Trademark Trial and Appeal Board letting me know that “DC Comics” had also requested an extension to oppose “my” trademark for “Super Bond Girl”, OH – MY – GOSH!!!!

I’m just a girl, born and raised in a very small town in Guatemala City, who has BIG DREAMS! I’m trying to leave a legacy for my children and future descendants. I want to leave my mark on this world and be able to say that “things” changed because I; Nancy Tiscareno, came this way!


I don’t know what the outcome of these oppositions for my trademark would be; but, one thing I can assure you… The “worldwide-exposure” that “Super Bond Girl” will be getting from this point on, is going to be INSANE!!!!!!!!!!

Since you, my readers, come and visit my blog. I’ve decided to share with you, every single detail from my trademark process. You can view the record of my case at: http://ttabvue.uspto.gov Serial No. 85783496. I recently saw a friend’s post on Facebook that read, “It may take a year, it might take a day, but what’s meant to be, will always find its way.” So, if “Super Bond Girl” is meant to be, she’ll always find her way! Just as Walt Disney did with “Mickey Mouse!” 😉

I thank you beforehand, for all your support! Like I said in the beginning of this blog post; my life is just like Santiago’s from The Alchemist, I’m looking for my “personal legend” which is to find my treasure. How exciting is this? 😉