Skip to content
I graduated from High School 20 years ago?!?!…What?!!!… How in the hell did that happened? – I don’t feel “that” old Hahahahahaha!!! 😛 Yes, ladies and gentlemen! I received my high school diploma from Bell Gardens High School in June 1993! Wow! 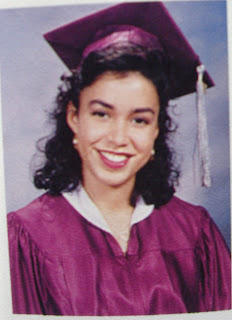 I came to the USA from Guatemala in March 1991, and at the time, I didn’t speak English! (Although, if you asked my kids, they’ll tell you that as of today; I still can’t speak English!) Hahahahaaha! Whatever! They’re just jealous ‘cause I have an accent and they don’t! Hahahahaha!!!

The first thing that I loved about my high school days was having P.E. (Physical Education) everyday!!! That was a wonderful change for me, since in my school in Guatemala we had P.E. only once a month! In high school, I discovered that I really enjoyed running long distance and every Friday during our mile run, I always pushed myself and would strived to get a great running time. I remember my friend Patrick Lopez was usually the first or second to finish the mile run; and, I was always coming in third place! Uugghh! I never got to beat him though! LOL! (Love you Patrick!)

I was the only girl who ran a mile with all the other dudes from my class. (And yes, I was kicking their asses too! LOL!) The rest of the girls in the class, walked the mile at a “snail’s pace” Hahhahaaha!!! And of course, the big “cha-cha” girls in the PE class hated me. I remember hearing them yell at me, “’La Migra’ is coming to get you” and laughing at me, every single time I ran by them. I thought about stopping and explained to them that I was in the USA on a visa; and I didn’t have to worry about Immigration looking for me. But, that meant that I was going to waste time talking to them. Time that I needed to try and beat Patrick to the finish line! So, I never got to tell my story to the “cha-cha” girls. 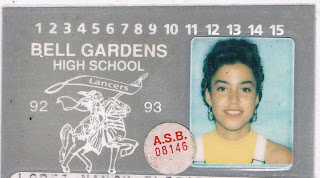 My PE teacher, Mrs. Saucedo was impressed with my running time, so she had the Track and Field coach, Coach Elizarez talk to me about joining either Cross Country or Track and Field. I told Elizarez that I wasn’t interested in running for the school; but, this dude never took no for an answer! Every single time he saw me at school, he would always asked me, “When are you coming to practice?” or “I’ll see you at practice today!” LOL!

Instead of running, I tried out for the softball team and I made JV. I love baseball, so playing softball was the highlight of that year for me! It was then, when I met Paola Marquez and Ana Acevedo, that the “fun” times during high school began for me. Right after I met those two! Hahahahaha!!! Paola and I still laugh today about all the shenanigans we got ourselves into 20 years ago! LOL! Good times!!! (I love you Pao!).

It took me about 6 weeks to start understanding and having conversations with others in English. But, I honestly have to thank my ESL teacher, Mrs. Chicaferro, for that! Mrs. Chicaferro was criticized by the kids at school for being too strong and mean. Her attitude was a mix between “Judge Judy” and the host lady from “The Weakest Link” show, LOL! I never thought she was mean though, she was strict! She challenged us to learn! And I learned so much in her class. It was a great foundation for me! A lady who really wanted to help the kids that “actually” wanted to learn, just like me. 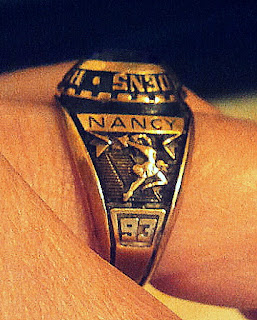 After softball season was over, I tried out for the Dance Club, but I didn’t make the cut. I guess at the time, you needed to know somebody at the Dance Club so you could be accepted. I didn’t know anyone there; so, no dance club for me. (You see… Even in high school, you got to know somebody that knows somebody to be able to get somewhere…) So, a girl in my English class who knew I’d tried out for the dance club and didn’t make it said to me, “Drill Team is going to have try outs next week. Why don’t you sign up?” I was like, “What is Drill Team?” LOL! She said, “Oh, in Drill Team, you get to dance during the Football half time shows and they have their own competitions against other schools” I don’t think I paid attention to her right after she said “dance”. Dance was the magic word for me! So, I hurried up and signed up for the Drill Team try outs! 😉


There were probably around 40 girls trying out for Drill Team that year, and that’s when I met my friend Martha Wilson. Martha and I were taller than most girls in Drill Team (Martha is taller than me, though). And they always put us together due to our height. We tried out on a Friday afternoon in the school gym and the names of the girls who made the team were going to be posted at the girls gym the following Monday.

On Monday, I went back to school and I totally forgot to check if I’d made the team or not. Actually, I’d forgotten that I even tried out for Drill Team! Oh man! So, it wasn’t until I went to my English class and the same girl who had told me to try out for Drill Team in the first place, said to me, “Congratulations Nancy!” I was like, “Why? What’s up?” She said, “You don’t know, yet?” I said, “I don’t know, what?” the girl said, “You made the Drill Team!” Oh man! I was laughing so hard and I said to her, “Oh shit! I forgot all about that!” hahahahaha! I laid my books down on my desk and then I ran as fast as I could back to the girl’s gym. And sure enough, my name was on the list posted on the door at the girl’s gym! At the moment, I totally felt like the girl from 80’s movie Flashdance! “What a feeling!” LOL! … My senior year in high school was the best because I danced my butt off and it all counted as a school credit!!! Yay!!! 😀 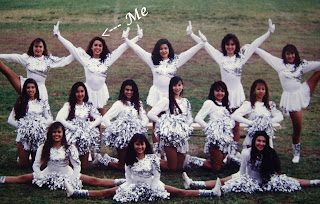 I have to say, that my days during high school were very special and enjoyable! Of course, I had my disagreements with a few kids; but, that never stop me from getting involved in the school activities. I wasn’t one of the popular girls; although, there are several guys who still remember me because I used to wear a midriff yellow top “without” a bra at school! OMG! I was 17 years old going to school without a bra! OK??? What the hell? Hahahahaha!!! Where was my Mom at this time? Who knows?!?! How come nobody said anything?!?! LOL!

My only regret during high school is that I had a boyfriend. I think that because of my boyfriend, I missed out on a lot more friendships during school. The good thing now is that because of Facebook and my blog I’ve been able to reconnect with many people who also went to my school.

Last summer, I attended an all classes BBQ – party at Bell Gardens High School. At the time, I hadn’t been back at the school grounds in 19 years! So, the minute I began walking in front of the school, I couldn’t help it and I cried! My life in this country began at BGHS! For better or for worse, that’s where my story begins! All the wonderful long term friendships I made there, the good old memories with my boyfriend (now my ex-husband); and, all the love and support that I’m receiving from the school alumni now, it’s priceless to me!

I come from a little fighting country in Central America named Guatemala. But, I also consider myself a Bell Gardens girl. Why? Because you don’t ever want to mess with a BG girl! 😉

Once a Lancer… Always a Lancer!!!